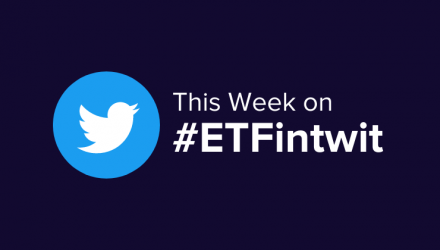 Lots of exciting new starts and projects announced on #ETFintwit this week.

Lots of important market-moving and industry news happened this week, but one of the biggest stories on Twitter centered around Peter Schiff’s … interesting … stance on Ukrainian President Volodymyr Zelensky. Zelensky addressed the U.S. Congress to ask for more military assistance to help Ukraine defend itself against Russian attacks. He made his plea wearing an olive green T-shirt, prompting Schiff to tweet: “I understand times are hard, but doesn’t the President of the #Ukraine own a suit?”

The tweet was heavily ratioed (meaning you have more replies than likes or retweets). Schiff was nearing 100,000 comments and more than 25,000 quote tweets which are all alarmingly negative. For his part, Schiff seems to have ignored most of the criticism — he left the tweet up and switched to a number of tweets about the Fed and predicting both ongoing inflation and a recession. 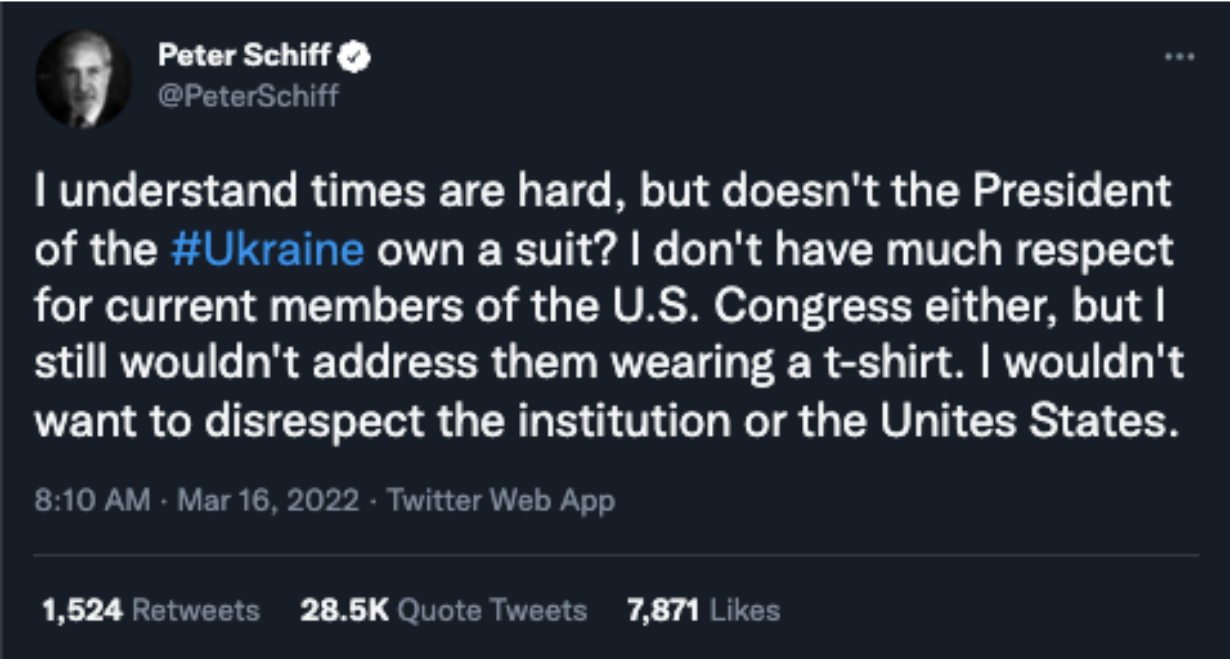 To start, Onyx Advisor Network (@OnyxAdvisors) announced a partnership with Alpha Architect — the quant-driven ETF issuer. Alpha Architect will create model portfolios for Onyx focused on socially responsible investing. The portfolios will be available to advisors via the Altruist (@altruist) platform.

The project came together thanks to a few of our #ETFintwit favorites, including Jess Bost (@lady__bost), founder Wes Grey (@alphaarchitect) and Ryan Kirlin (@RyanPKirlin). Not to mention Onyx founders Dasarte Yarnway (@DasarteYarnway — a 2021 #Top50 member) and Emlen Miles Mattingly (@emilesmattingly). If you’re interested in hearing more, you’ll be able to catch a lot of these folks at Exchange: An ETF Experience. 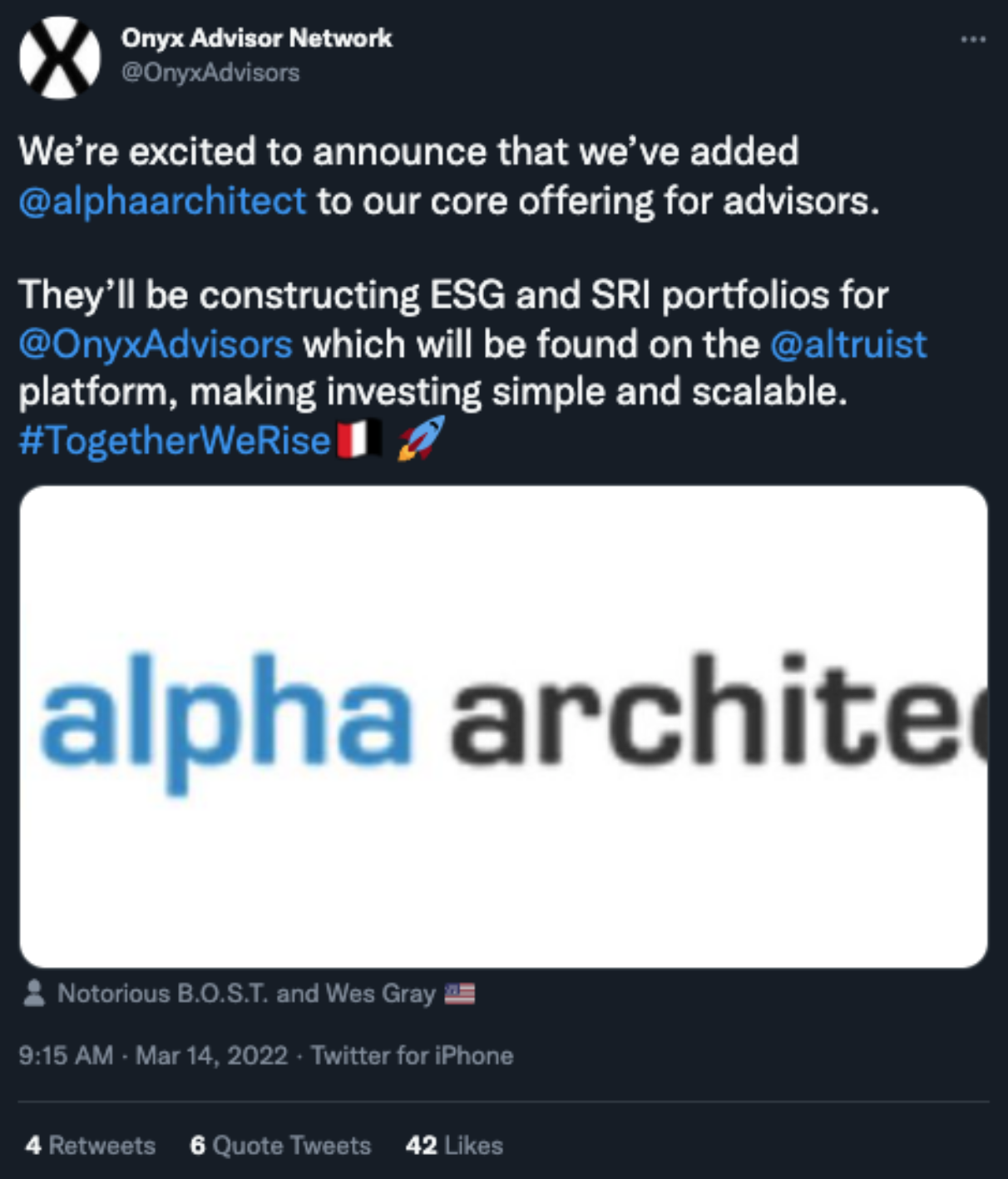 There’s a certain amount of madness in the markets this month. But that’s taking a backseat to the actual NCAA tournament. Catch your #FinTwit favorites betting big and tweeting accordingly. So far, the biggest news is the upset of No. 2 seed Kentucky by No. 15 St. Peter’s.

ETF Trends and co-founder Tom Lydon both have brackets set up, so if you missed your chance this year, be sure to check-in next year. Winners have the chance to win serious prizes.

And if you’re not into March Madness, there’s still plenty of sports content on #ETFintwit. Your favorite accounts were talking about the impending start of major league baseball, ongoing trades leading up to the NFL draft, and Tom Brady pulling a Brett Favre to come out of retirement.

What a difference a week makes. On Monday, all eyes were focused on the Fed, to see how the Central Bank would approach rate hikes in the face of the growing crisis in Ukraine, alongside growing inflation at home. ETF Trends hosted its first Twitter Spaces on the topic, and a number of you joined in to hear from Astoria Advisor’s John Davi (@AstoriaAdvisors) and Advisors Growing as a Community founder and advisor Justin Castelli (@jus10castelli) discuss what rate hikes mean for client portfolios as well as your interactions with clients.

The first rate hike since 2018 was met with mixed reactions, both in the markets and on Twitter. And to take this wrap up full circle, after his much-maligned take on Zelensky, Peter Schiff spent the rest of his Wednesday posting tweet after tweet about the Fed decision and inflation.