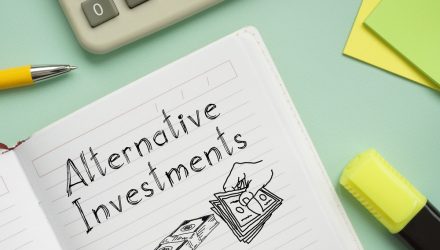 Looking at where things are in the market, most advisors are currently saying that their biggest concern is inflation and rising rates. For Batnick, as far as where people should go for income, he believes that risk in the stock market is the place to put it. Not being a fan of reaching for yield and fixed income alternatives in the equity space, he’d rather own stocks. This reflects how the year has been, as fixed income investors have seen a real decline.

So, looking at where to actually go — bonds. While nobody wants to see the next three to four years of fixed income returns get ripped away, as Batnick explains, the fixed income is now coming from the bond side of the portfolio.

With Carlson, having better yields and the option to lock those in, rather than actively managing income funds or indexed income, means looking at the risk/reward and figuring that if rates keep rising, those longer-term bonds are going to take a hit, while the shorter-term bonds don’t have a long enough duration to face such challenges.

“You’re really just banking on a recession,” Carlson adds, meaning that there’s no reason to go the more punishing route when investors could take the risk/reward route and hold the long-duration bonds.

“That’s kind of the way that we’re thinking — how much risk is really necessary in this space if rates were to continue to rise?” Carlson states. That said, ideally, much of the worst has already happened in that regard.

The Worst of Inflation

On that topic, as far as addressing whether the worst is over, Rosenbluth notes how he feels the market has finally moved off of inflation being transitory, and each month where inflation is continually seen makes advisors look more closely as to what else they’re getting within their portfolios.

Lydon also chimes in, noting how things could still take a turn, whether through the supply chain or some companies or countries actually running out of food or having energy issues, or the fact that problems could occur on the labor side with this great resignation.

“If people are trying to get their employees to come in the office and they’re saying forget it, I’m not doing it, they could easily replace that job for something that would pay that much more,” Lydon notes. He adds how gold used to be a reliable backup, but that it’s hardly working for people these days.

Looking at commodities, Batnick explains how they should be owned in a trend-following strategy. Carlson, however, notes that the problem with commodities is that everyone jumped after it went huge in 2008 and then led to 10 years of giving nothing back. “It’s a boom-bust.”

Carlson also states how “investors are going to be able to be sold anything these days because stocks and bonds are both down.”

It’s an ugly day in the market… making it a great day for our Twitter Spaces on alternative investments.