You are at:Home»Webcasts»An ETF Capitalizing on Accelerating Digital Revolution in Emerging Markets 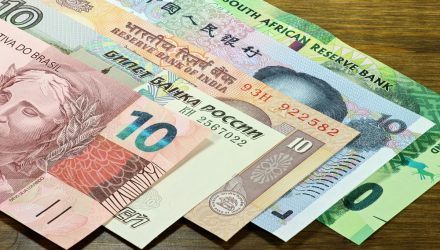 An ETF Capitalizing on Accelerating Digital Revolution in Emerging Markets

Exchange traded fund investors interested in a growth opportunity can consider the impacts of a growing digital consumer class in the emerging markets and companies best positioned to benefit from this shift in consumer behavior.

In the recent webcast, The Future of Emerging Markets and An Accelerating Digital Revolution, Kevin Carter, Founder and CEO, EMQQ, highlighted the opportunity in developing economies, notably their favorable demographics that continue to support consumption-based growth. Specifically, 85% of the global population resides in developing economies, accounting for over 50% of global GDP. Emerging markets and frontier markets also boast some of the youngest demographics, with about 8.8 times the number of those under the age of 30, compared to developed economies.

Looking ahead, middle-income consumers will likely take on a greater role in the emerging economies. According to McKinsey & Co. projections, there will be an expected 4.2 billion people among the consuming class by 2025, and the emerging markets will make up $30 trillion in consumption while developed markets will make up $34 trillion. In contrast, emerging market consumers accounted for $12 trillion in world consumption back in 2010. Carter also pointed out that the younger demographics will also support online retail or e-commerce as the Millennials and Gen Xers groups spend 50% more time shopping online than their older Baby Boomers and Seniors counterparts.

While some have already allocated toward the emerging markets, investors who have some exposure are more likely exposed to state-owned enterprises owned and controlled by the government. These so-called SOEs are large, inefficient, have poor corporate governance, and may show widespread corruption. Among the largest or most popularly traded emerging market ETFs, 30% of their underlying holdings are allocated to SOEs.

As an alternative to these broad emerging market fund strategies with a high focus on SOEs, Carter highlighted the potential opportunity of a targeted developing country e-commerce play to capture a rising middle-income consumer class in the emerging markets. He underscored ongoing trends like the growing reliance of smartphones as a major catalyst in changing consumption patterns and pointed toward the greater reliance of e-commerce and online shopping through smart devices in an increasingly digital age. The rise of e-commerce has also paralleled the increased adoption of smartphone usage or the declining costs of smartphone devices.

Carter also noted that the adoption of smart devices and internet penetration among developing economies remain in the early phases, so there is still a lot of room to run as more consumers gain access to online retailers. For example, while 79% of U.S. citizens have access to smartphones, Chinese smartphone users make up about 60% of its overall population, and India’s smartphone users only make up 25% of its population.

While the coronavirus or COVID-19 has pummeled the global economy, Carter argued that internet and e-commerce based business models are receiving a slight boost, notably from an increase in demand for widely adapted e-commerce businesses. The shift in day-to-day habits from lockdown measures to contain the pandemic has accelerated the adaption of certain platforms, such as distance learning, telemedicine, and food delivery, among others. China also looks like the one economy that resumed activity quickest and suffer the least from the coronavirus outbreak, with estimates of 70% to 80% levels of economic activity back online.

As investors look for ways to capture growth in the emerging markets, some may look to a targeted consumer-sector EM play, such as the Emerging Markets Internet & Ecommerce ETF (NYSEArca: EMQQ), which includes access to EM companies related to online retailers or the quickly expanding e-commerce industry. To be included within the ETF’s underlying index, companies must derive the majority of their profits from E-commerce or Internet activities and further includes search engines, online retail, social networking, online video, e-payments, online gaming, and online travel.

Carter argued that EMQQ might be particularly well-positioned as it includes a heavy focus on a quickly recovering Chinese economy. China makes up 65% of EMQQ, and it is in the best position of any major economy. E-commerce in the emerging country is increasing in relative importance due to the outbreak, with digitalization expected to stabilize at a much higher level.

Financial advisors interested in learning more about the emerging markets can watch the webcast here on demand.