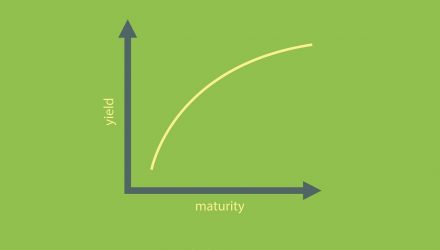 While an inverted yield curve has frequently been a harbinger of a recession, sending stock investors running for the hills, a steepening yield curve can signify the opposite, which is good news for equity bulls.

Stocks have rallied fiercely recently, on the backs of positive earnings releases, more muted trade deal news, and FOMC rate cuts. Now Bank of America Merrill Lynch’s quantitative team has discovered a direct relationship between the move in stock prices and the yield curve, and some sectors, like energy, financials, and materials, are significantly more correlated than others. A more precipitous yield curve is an optimistic sign for growth, and those sectors are heavily tied to the cyclical performance of the economy.

“I would say as the yield curve steepens, it has a positive impact on equity prices on a relative basis. As it inverts, it has a negative impact on stock prices,” said BofAML quantitative strategist Toby Wade. Wade’s study looked at 1,300 stocks, including those in the S&P 500 and BofA’s coverage universe. He looked at relative return going back 10 years, vs. the 2-year to 10-year yield curve.

The yield curve elevates when interest rates on longer-term bonds are higher than those on the shorter term bonds and as a result, the spread between them broadens. In the spring and summer, the opposite occurred.

During spring and especially summer, analysts were increasingly concerned that a recession would be coming. Of course, the timeline for a recession following a yield inversion is not immediate, making it still technically a possibility according to experts.

“Historically speaking the inversion of that benchmark yield curve measure means that we now must expect a recession anywhere from six-to-18 months from today which will drastically, and negatively, shift our medium-to-longer term outlook on the broader markets,” Tom Essaye, founder of The Sevens Report, said in a note this summer.

Still, bond yields have been rising recently, with the 10 years rapidly approaching 2%. The explosion in the benchmark U.S. Treasury 10-year note yield to a three month high in the past week could be giving a positive sign to equity investors despite the implied rise in the cost of capital from a steeper yield curve.

“People were buying bonds in anticipation of a bigger global slowdown, and now there’s greater confidence that the global economy is not moving into a recession,” said Kate Warne, investment strategist for Edward Jones, in an interview.