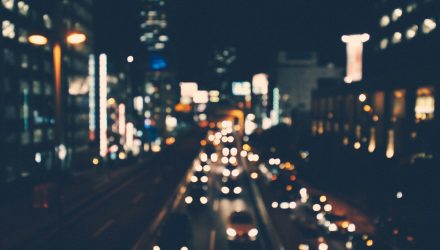 Why Should You Invest Internationally?

As you may know, we have written a great whitepaper named “Why International: The Case for International Investing,” which highlights 17 reasons why investing internationally is ‘always’ a good idea, not just now when relative valuations are so attractive.

Although 17 seems like a lot, I am always on the lookout for new reasons to help reinforce the idea of investing abroad. I have recently uncovered yet another reason (#18) which I am calling “wider opportunity set.”

First, let’s look at a bit of history. How many publicly listed companies were available to invest in within the U.S. and internationally in 1980? The chart below shows that there were roughly 5,000 in the U.S. but more than double that (about 12,000) within international markets. So even in 1980, you had more options abroad.

Next, we fast forward to 1996. The U.S. market is booming, and the number of publicly listed companies reaches a peak at about 8,000. That sounds great, but international markets had more than doubled their offering since 1980, with about 28,000 names.

Twenty years go by and we are back to the future (which means today for those not familiar with the classic movie). The U.S. stock market is down to about 4,300 names, one of the low points for the period we have examined. The drop is primarily due to intra-industry consolidation which took place post 1997. But take a look at the international market, which has continued to increase offerings to almost 39,000 names due to tremendous growth in foreign economies as well as opening access to new markets (primarily within emerging markets). This is about 9x the size of the U.S. market. 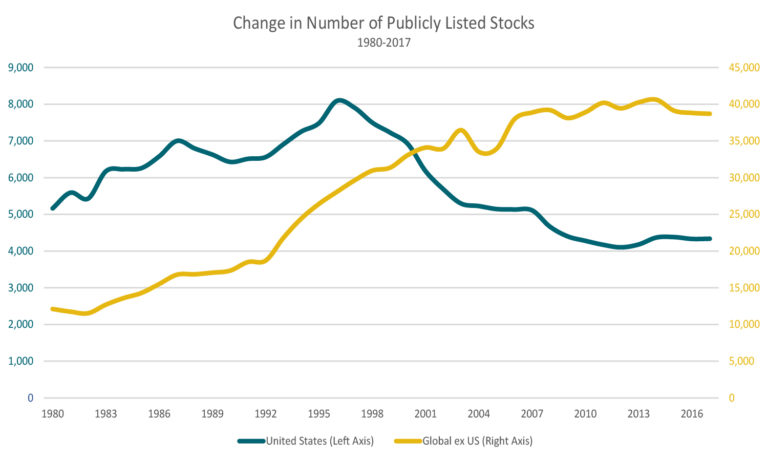