You are at:Home»ETF Strategist Channel»Which Sectors Will Benefit from the China Trade Deal? 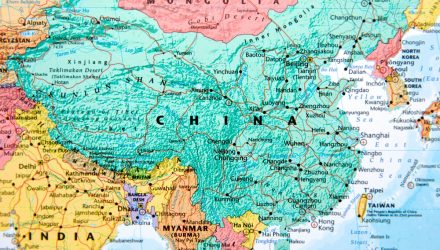 Which Sectors Will Benefit from the China Trade Deal?

Trump’s fervent advocacy for “fair trade” has prompted the President to deride NAFTA, anger the EU, and, maybe most notably, engage in a trade war with China that has currently placed tariffs on about $360 billion worth of goods in total. The spat with the globe’s second largest economy seems to be winding down on the heels of repeated contacts and meetings between the two countries, so as optimism for a trade deal builds, it’s appropriate to ponder the impact that an agreement could have on the various sectors of the United States.

According to FactSet, U.S. domiciled tech, energy, and industrial companies are those with the largest exposures to China. The State Street ETF’s tracking these sectors (XLK, XLE, and XLI respectively) show that between 5% and 15% of aggregate company revenue comes from the country. Although the three sectors have hardly been decimated by the trade war, there’s evidence to suggest that the companies in these sectors have been hurt by the retaliatory tariffs. For instance, at the end of March, industrial companies in XLI saw a modest gain of 2.39% from when the U.S. initially placed a 25% tariff on all steel imports on March 23rd, 2018. This is a far cry from its 8.8% expected return when one factors in the 6.61% return of the S&P 500 over the same time frame and the sector’s historical beta of 1.33.

Tech companies are particularly vulnerable to the specifics of any potential deal. Many large firms in the technology sector rely heavily on Chinese exports as a source of revenue (see Figure 1 below), and yet have to compete with state sponsored companies such as Huawei who have been accused of stealing a myriad of the proprietary information by which tech firms derive much of their value. Vice-Premier Liu He, Chinese President Xi Jinping’s top economic advisor, has acknowledged some of the alleged IP infringements, and there’s hope that a deal will address the more structural issues of protecting and enforcing against intellectual property theft.

On the company level, Apple (AAPL) is a noted bellwether with over 18% of its revenues coming from the Asian giant. Carrying a market cap of over $900 billion, the company makes up a little under 4% of the entire S&P 500. When CEO Tim Cook announced a 7.6% reduction in expected revenue from the company’s initial first quarter estimates, he highlighted the impact of the trade war in sales numbers saying, “We believe the economic environment in China has been further impacted by rising trade tensions with the United States.” The company has since rebounded, but one can see how the trade war impacted the company when Cook first made the announcement in January (see Figure 2).

Each country has experienced an economic slowdown over this past year, but there’s no doubt that China is being hit harder by the trade war. CNBC noted that while about 3.5% of Chinese GDP is driven by exports to the United States, only about 0.7% of the U.S. GDP is fueled by exports to China. While President Xi needs American’s to buy Chinese goods for the health of his economy, President Trump sees a deal as a way to narrow the trade deficit (via guaranteed purchases of U.S. products such as soybeans and natural gas) and protect intellectual property. With bilateral incentive to finalize the deal and months of build-up, a deal seems likely to occur shortly. Tech and industrial companies may see the most benefits from the deal, but one should be cautious about how much of the potential upside has already been factored into prices.

The information in this presentation is for the purpose of information exchange. This is not a solicitation or offer to buy or sell any security. You must do your own due diligence and consult a professional investment advisor before making any investment decisions. The risk of loss in investments can be substantial. You should therefore carefully consider whether such trading is suitable for you in light of your financial condition.

The use of a proprietary technique, model or algorithm does not guarantee any specific or profitable results. Past performance is not indicative of future returns. The performance data presented are gross returns, unless otherwise noted.

All information posted is believed to come from reliable sources. We do not warrant the accuracy or completeness of information made available and therefore will not be liable for any losses incurred. No representation or warranty is made to the reasonableness of the assumptions made or that all assumptions used to construct the performance provided have been stated or fully considered.