You are at:Home»ETF Strategist Channel»Where will the Unemployment Rate be on Election Day? 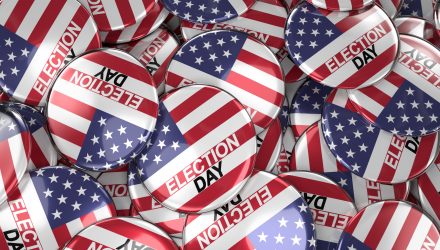 Where will the Unemployment Rate be on Election Day?

Signs point to a positive economic picture through November

Midterm elections are now less than five months away. Typically, economic issues have ranked as the most important problem for voters according to Gallup polls (see here). Given the recent strength of the economy however, those worries have subsided a great deal as can be seen below, but they remain American citizens’ #1 concern.

Gallup does another poll on overall issues and their recently reported May results show Americans concern over the economy seems to be a ‘rear view’ mirror concern as can be seen from the chart provided below. The percentage of Americans now worried about unemployment is down 36 percentage points from the high of 59% in 2010, including a seven-point decline in the past year. Worry about the economy has dropped 37 points from its high of 71% in 2011 and 2012, with about one-third of that decline coming in the past year. As a result, the percentages worried about these two economic matters are the lowest Gallup has measured since 2001.

The question for the upcoming elections will be whether there will be some economic setback to the numbers, which will concern voters, or whether the economy will be a positive factor as people turn out to vote.  We believe the best and most visible proxy for that outlook is the unemployment rate. The current 3.8% unemployment rate is the lowest achieved since April 2000. The levels of African American and Hispanic unemployment are even a better story as they are at record low levels. Meanwhile, the unemployment rate for women is very close to a record low (best since October 1953).

We are also struck by the recent dramatic decline in the disabled worker total as the tight labor market has succeeded in pulling some of those workers back into the labor force. Additionally, there has been some better news in the participation rates behind the scenes for men and women in their prime working years (25-54 years). The chart immediately below shows that despite the overall rate moving sideways, the important working cohort of workers aged 25-54 has witnessed a notable rise.