You are at:Home»ETF Strategist Channel»US Trade Strategy: The Art of Chaos 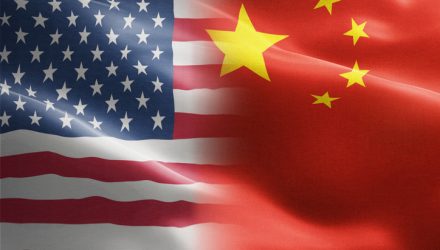 US Trade Strategy: The Art of Chaos

The Trump administration has made tackling trade disparity one of its highest priorities. The approach has been to create uncertainty (chaos) in multiple markets simultaneously, to keep trade partners off-balance. So far this strategy has also kept global economies off-balance and capped the upside for global stock markets, in our view. Without greater clarity on trade, we anticipate stock markets to remain rangebound into the end of the year.

During its three years in office, the Trump administration has:

The administration has taken a high risk strategy of negotiating with multiple trade partners simultaneously with little to show for its efforts thus far. USMCA has yet to be ratified by Congress leaving NAFTA in place, TPP was ratified by a smaller group of countries that excluded the US, leaving the administration to seek smaller bilateral deals such as the one with Japan that covers a limited list of items like US agriculture and Japanese industrial products. We are left with arguably the two most important trade deals to tackle; US/China and US/Europe trade.

US/China trade has dominated the headlines and airwaves since the spring of 2018. The US’s strategy has been to apply maximum pressure on China via tariffs in order to gain fairer trade and intellectual property protections; both very much needed. Last week, a Chinese delegation visited Washington D.C. attempting to move the ongoing trade dispute with the US forward. The outcome was predictable, with the US agreeing to forego the previously announced October 15th tariff increases in exchange for China purchasing $40 billion to $50 billion in agriculture products. While this is being touted as the first phase of a larger deal, at this point we think this is simply a ceasefire that allows the two sides to have more time to negotiate.

Similar ceasefires occurred in December 2018 and in June 2019 forming a pattern that perpetuates the uncertainty, which in turn leads to market volatility and at least two unintended consequences. 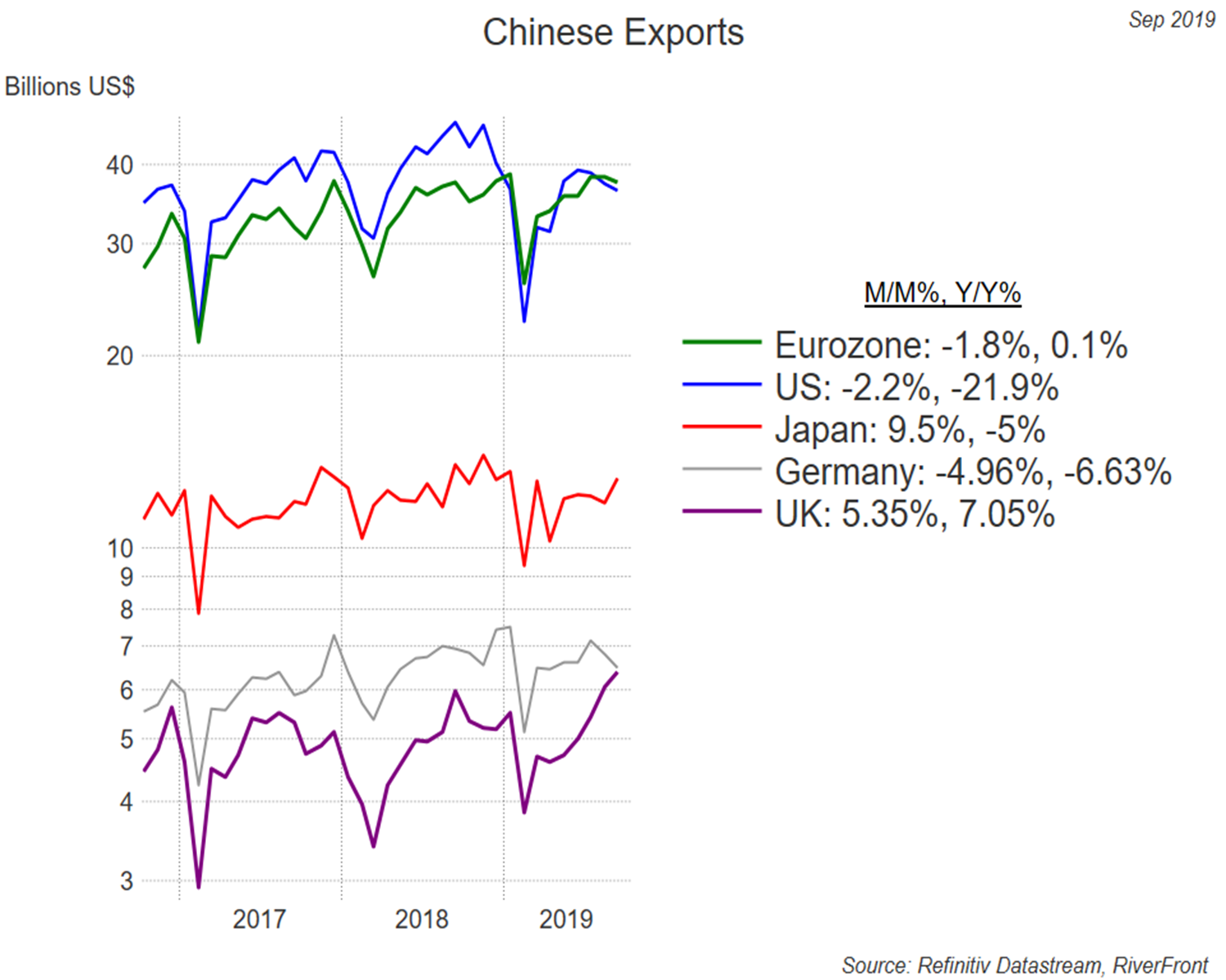 A second consequence is that, the US is now beginning to experience the repercussions of the trade war as well. For example, business capital expenditures (based on core capital goods shipments) have fallen to 1.4% year over year in August from last year’s high of 8.5%. The lower expenditures are a result of CEOs and CFOs tightening the reigns due to trade uncertainty, negating some of the positive impact of the substantial corporate tax reforms passed in 2018.

Fortunately, the slowdown in investment has not had a meaningful impact on overall economic growth as consumption accounts for nearly 70% of GDP. The concern is that uncertainty leads to job cuts, which causes consumers to tighten their belts and ultimately consumer spending slows. We believe the trade ceasefire will relieve some of the downward pressure on equity markets in the short term. However, we believe that the market could experience a pullback as investors price-in the likelihood that phases 2 and 3 are unlikely before the 2020 election.

The World Trade Organization’s (WTO) recent ruling against Europe for subsidizing Airbus allows the US to place tariffs on $7.5 billion worth of European goods. However, the WTO has also proclaimed that the US subsidizes Boeing and will reward Europe damages sometime early next year. This sows the seeds for the next trade war if the two sides cannot find a compromise. While the US plans to quickly impose the $7.5 billion judgement on goods like wine and cheese, we do not believe that Europe will retaliate immediately because they will have their day in court after the first of the year.

Unfortunately, the 15-year-old WTO airplane spat is the smaller issue of the US/Europe trade disagreement. The much larger issue involves European automobiles, which the Trump administration, as a negotiating position, has threatened to impose tariffs at significantly higher levels as soon as November 13th. We believe that the Trump administration’s China strategy has had knock-on effects in its negotiations with Europe, as its trade war has pressured German auto exports to China – total imports have fallen 5.6% year over year. This secondary impact on Germany has strengthened the US negotiating position as German manufacturing woes have weakened the European economy. Therefore, we believe that Europe will be more willing to compromise with the US before retaliating with tariffs of its own. As we have learned, flexibility is important when handicapping the current trade war. If the two sides do not come to agreement that would appease President Trump, we could be experiencing the onset of a second trade war.

Trade negotiations remain fluid and can change on a moment’s notice with the Trump administration negotiating with both allies and foes on trade simultaneously. While multiple negotiations at once is the administration’s blueprint to achieving its primary objective of fairer trade globally, the art of getting a deal is creating chaos in the interim as financial markets deal with the uncertainty and continue to expect the unexpected. We believe financial markets to be rangebound for the foreseeable future as trade uncertainty increases the probability of a pullback in the market. In an effort to combat a negative outcome, RiverFront portfolios continue to favor US equities over international equities and our balanced portfolios continue to hold high-quality bonds as a shock absorber for market disruption.

Technical analysis is based on the study of historical price movements and past trend patterns. There are no assurances that movements or trends can or will be duplicated in the future.