You are at:Home»ETF Strategist Channel»US Economy Outlook With September Rate Hike Odds at 96% 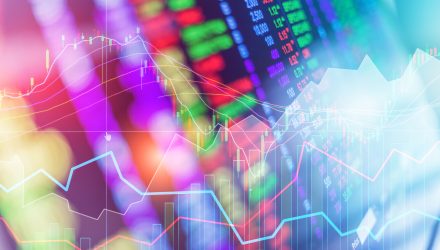 US Economy Outlook With September Rate Hike Odds at 96%

The US economy continued to chug along in August with scant evidence of a material slowdown anywhere on the horizon. The Federal Reserve held short-term interest rates steady in August, although the odds for a September rate hike weigh in at 96% currently.

Unemployment in the US remains historically low, both manufacturing and service ISM’s point to an expanding economy, and the housing market, although cooling in some areas, remains robust. Inflation is trending higher but is still far from problematic, while on the policy front, deregulation remains the order of the day. Ongoing trade frictions with China (and Europe, Mexico and Canada) have yet to destabilize the US economy.

If anything were likely to upset the economy at this point, it would likely be a policy mistake on the part of the Federal Reserve. Fed chair Powell has indicated that an additional 3-4 rate hikes over the coming year are
possible, which would bring the Fed Funds rate to somewhere around 3.0% to 3.25%. While not overly restrictive by historical standards, after years of the economy operating at the zero boundary, the rate may have an outsized impact on highly levered companies with marginal earnings.

The Markit US Manufacturing PMI for July came in at 55.3, meeting expectations and consistent with June’s reading. Factory Orders for June were up +0.7% MoM while Durable Goods Orders rose +0.8% MoM (July’s preliminary reading showed a larger than expected decline of -1.7%). Industrial production for July rose less than expected at +0.1% MoM while Capacity Utilization held steady at 78.1%. As mentioned above, the impacts from the burgeoning trade war have yet to be felt across the economy. Anecdotal evidence suggests producers are seeing higher prices for materials, and those cost increases will most surely be passed through to the consumer.

The benchmark Large-Cap Index rose +3.3% on the month and is now up +9.9% YTD. Mid- and Small-Caps rose +3.2% and +4.8%, respectively on the month. Small-Caps remain one of the best performing indices this year with the Small-Cap 600 Index up +18.3% YTD. Growth stocks, as measured by the S&P 500/Citi Growth Index, continued their outperformance, rising +4.9% MTD. Value Stocks, as measured by the S&P 500/Citi Value Index, managed to eke out positive gains on the month, rising +1.4%; however, Value Stocks continue to underperform Growth Stocks YTD with the difference a staggering 13.3%.

Over the past 5-years, the annualized underperformance of Value versus Growth now stands at nearly 5.9%.

On the sector front, Technology and Consumer Discretionary continue to be the top performers. On the month, the Technology sector rose +6.9% thanks to a +20.04% gain in Apple. While the largest U.S. company by market cap (now $1.1 Trillion) continues to buy back billions of dollars worth of its own stock and continues to get accolades from the likes of Warren Buffet. Both Apple’s trailing and forward P/E multiples have expanded YTD with it’s trailing P/E expanding from a multiple of 17.9x to 20.9x and it’s forward P/E expanding from 15.0x to 19.5x. The stock has gained a whopping +36.05% YTD.

We’re also on Trillion Dollar watch for another market darling, Amazon, which ended August with a market capitalization of $982 Billion after rising +13.24% on the month. Amazon’s outsized weight in the Consumer Discretionary sector (25.5%) has propelled the sector higher throughout the year, up +5.1% MTD and +19.4% YTD.