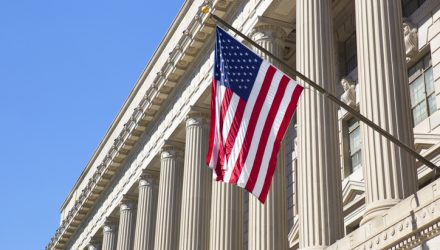 Challenges to the strong US economy (the second reading of Q1 GDP came in at 3.1% annualized growth) continue to mount as the trade war with China grows more ominous and a new battle front is established down in Mexico.

Tariffs appear to be an increasingly popular tool of public policy when it comes to addressing differences with other nations. The problem to the economy comes in the form of higher costs and an increasingly large drag on US GDP, at a time when the current expansion is already quite long in the tooth. The US yield curve, as measured by the difference between the 3mo T-bill and the 10 year note, is currently -17 bps while the 2/10 curve is +22 bps. Futures markets are pricing in an 88% probability of an interest rate cut in September.

The Unemployment Rate currently stands at 3.6% as 263k new jobs were added in April. Private Payrolls led the surge, rising 236k versus expectations for a gain of 188k. Average hourly earnings rose +0.2% in April for a +3.2% YoY increase while the Labor Force Participation Rate clocked in at 62.8%, down from 63.0% the prior month.

Initial Jobless Claims averaged 216k per week in May. Given the aforementioned trade war, we would expect to begin seeing stress in the manufacturing sector as higher costs and uncertainty over global trade policy begins to weigh on purchasing decisions. The Markit US Manufacturing PMI for April came in at 52.6 while the preliminary reading for May ticked lower to 50.6. Industrial Production posted a surprise drop in April, falling -0.5% while Capacity Utilization edged lower from 78.8% to 77.9%. Durable Goods orders fell -2.1% in April.

Inflationary pressures in the US remain muted. The Consumer Price Index rose +0.3% in April for a +2.0% YoY increase while the Producer Price Index edged up +0.2% for a +2.2% YoY gain. The PCE Deflator gained +0.3% in April for a +1.5% YoY rise. While the Fed seems to still consider any inflationary pressure as “transitory”, the market has begun pricing in future rate cuts and any unexpected uptick in prices will likely see an outsized response from both stock and bond markets.

Equities struggled in May as trade war tensions ratcheted higher with no clear end to US/China policy differences in sight. Further, the US opened a new front in the trade war by levying tariffs on Mexican goods in an effort to get help from the Mexican government in dealing with the immigration crisis developing on our southern border.

The S&P 500 dropped -6.35% in May although it remains up +10.7% for the year. With first quarter earnings largely announced, most analysts are still holding on to $170 in EPS for 2019. If true, that would put the market at 16x current year earnings which would appear reasonable to us, especially so in light of collapsing interest rates. The discrepancy in returns between growth and value remains pronounced with Growth dropping -5.29% in May while Value lost -7.57%.

So-called defensive sectors have performed surprisingly well YTD with Real Estate positive in May (+1.16%) and up +18.34% for the year, Utilities up +11.0% and Telecom (Communication Services) up +14.2%. Healthcare, Energy and Materials remain laggards for the year. Information Technology lost -8.69% in May yet remains up +16.5% year to date. Industrials remain caught in the trade war cross hairs and dropped -7.76% on the month, yet have managed a positive 12.5% YTD gain.

International equity markets weren’t immune to the US/China trade war as the MSCI ACWI-ex US index dropped -5.28% in May. The Brexit saga opened a new chapter as PM Theresa May announced she was stepping down. Italy continued to challenge EU fiscal requirements and the whispers of US tariffs on European autos won’t go away. Despite all that, the FTSE 100 was only down -2.86% on the month and remains up +8.80% for the year. Emerging Markets bore the brunt of the trade war escalation with the MSCI EM index falling -7.23% in May. The Shanghai Composite index fell only -5.56% on the month and is up a heady +16.6% on the year. Developed markets as represented by the MSCI EAFE index remain up +8.08% on the year despite a -4.68% drop in May.

Sector-wise, much as with the US, defensives outperformed cyclicals. Utilities lost less than -1% while Staples dropped -2.36% and Real Estate fell -2.67%. Healthcare is faring better internationally than domestically with that sector off -2.95% in May but up +6.05% for 2019.

Laggards included Consumer Discretionary down -8.56%, Information Technology off -8.20% and Communication Services dropping -6.45% on the month. Continued uncertainty in international markets is reflected in valuations which remain at the lower end of historical norms. That said, the catalyst to reverse that relative attractiveness with the US remains missing. Higher dividend yields are something of a reward for waiting; however at some point foreign markets will need to regain their luster relative to US stocks in order to attract the next generation of investors that have only known US outperformance.

The markets have turned quickly, apparently reassessing the risk of a protracted trade war between the U.S. and China (and others). The yields of treasury bonds with maturities from 2 years to 30 years have fallen 30+ basis points in the past 30 days and 40+ basis points in 45 days. The 10 year Treasury bond yields over 100 basis points less than it did in October of last year… This has been a swift repricing.

The yield curve remains extremely flat, with a slight inversion. We saw a temporary 3month/10 year inversion mid-May, which resolved itself in short order…then reversed again, ending May inverted by slightly more than 20 basis points. It could be temporary market volatility. Even so, not a positive sign for risk markets. Globally, many, if not most, of the developed economies have yield curves that look quite similar to the U.S. in shape, although still lower in yield. While many of these yield curves contain inversions, there is no research that has found a strong link between inverted yield curves and future economic performance internationally, so there is not the same level of concern outside of our borders. When looking at the absolute level of yield available in developed markets, the U.S. curve is by far the most generous.

The risk-off trade during the month of May went beyond falling Treasury yields. It also caused some repricing in the credit markets after a significant rally year to date. Investment grade corporate bonds saw their spreads widen by roughly 10%, from 145 basis points over similar maturity Treasury bonds, to 160 basis points. High Yield bonds saw a move almost twice as large, widening to 430 basis points, from 360 bps. Emerging market debt also gave back some performance as their spreads widened and yields rose.

Municipal bonds continue to find favor with investors. The supply/demand imbalance which had made it difficult to find a lot of value in short-dated maturities has begun to push further out the curve. It is particularly noticeable in the largest deals, brought by the most well known issuers. This is when having a custom municipal bond portfolio, managed by fixed income professionals who are willing to do the research and review small and midsized deals, can really add value (and yield) to your portfolio.

West Texas Intermediate crude prices collapsed -15.6% in May as growing trade tensions hit the prospects for global growth. Bond yields globally fell in May and the prospects for further central bank easing rose as growth estimates are reduced around the world. Oil prices fell as did the share prices of energy companies (the sector fell -11.1% during May) in response to the reduced growth estimates.

Gold prices rose on the month as typically happens when uncertainty rises and interest rates fall. GLD, the SPDR Gold Shares ETF, gained 2.43% in May as investors flocked to the shiny metal seeking safety from falling equity markets around the globe.

Real estate fared well on the month as a notoriously defensive sector with a negative correlation to interest rates. VNQ, the Vanguard Real Estate ETF, was flat on the month, even as the broader S&P 500 fell -5.67%. The ETF’s 4% yield likely drew investors in as yields on corporate bonds fell and the US 10yr Treasury Note touched 2.11%.

Hedge funds outperformed the broader market during May’s slide, as they should when “hedging” equity market risk. The Equity Market Neutral cohort managed to nearly break even in May as did Absolute Return, while Equity Hedge (L/S) apparently had more longs than shorts and suffered a -1.89% decline.