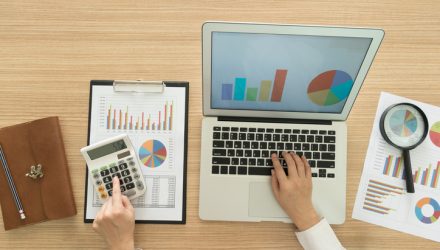 The mid-point of 2019 brings headlines filled with anxiety and handwringing about the global economy and financial markets. A significant 2019 drop in the 10-year Treasury yield below short-term interest rates surprised many market participants. An inverted yield curve has launched a chorus of concern for the sustainability of the current economic expansion. The world’s two largest economies (the United States and China) are locked in an “on again, off again” trade dispute with enormous global implications. BREXIT uncertainty continues, as does geopolitical risk surrounding Iran and North Korea. Market participants have priced in future rate cuts by an increasingly dovish Federal Reserve, but solid payroll numbers have tempered some expectations around the magnitude of rate cuts.  If this market noise is not loud enough, the 2020 Presidential election is ramping up with an array of policy proposals often seen as unfriendly to economic growth and financial markets.

Reading the previous paragraph would lead one to believe 2019 financial markets have been negative.  In fact, the opposite is true. Nearly every asset class and investment category experienced strong gains during the first half of the year.  In all fairness, looking at the past six months in isolation is misleading. After a sharp decline in Q4 2018, some asset classes are still below levels reached in late September of 2018 or have only recently surpassed those levels.  In the past seven months, growth asset classes experienced two months of ferocious declines (December and May) and two months of spectacular rallies (January and June).

Unsurprisingly, sectors that held up well during the May decline (Real Estate and Utilities) lagged during the June recovery.  The Real Estate and Utilities sectors have a low percentage of international revenues, while sectors with a high percentage of international revenues (Technology and Materials) suffered in May but rallied strongly in June.

Given strong performance for the U.S. Large Cap asset class during Q2 and during the trailing 12 months, many are surprised that the best performing factor for both periods by a large margin has been the Low Volatility Factor represented by the S&P Low Volatility Index (up 19% in the trailing 12 months ending June 30). In contrast the High Beta Factor represented by the S&P High Beta Index was up 1.28% over the same period, despite experiencing two months with double digit gains (January up 13.02% and June up 10.25%). These up months were swallowed by three double-digit down months for High Beta (October down 12.88%, December down 11.26%, and May down 11.58%). This highlights an important point—broad asset classes may mask the real action that is happening below the surface.

When I started managing money over 20 years ago, access to data and information was a clear differentiator and competitive advantage. Twenty years later, we are awash in information. Our Bloomberg terminal provides us the same access to headlines and data as the largest institutions around the world. With access to information essentially commoditized, it is now the filtering and analysis of information that has become the differentiator. Knowing what information to avoid is as valuable as knowing what information to use. There is no shortage of pundits and commentators ready to share loud and definitive opinions about the items noted in the first paragraph. Market noise is deafening. In many cases this results in confusion for investors of all stripes and may lead to an investor tuning one’s ear to hear only what he or she wants to hear. In many cases, better analysis emerges after hitting the mute button and focusing on the actual, raw, underlying data.

Sometimes the conclusion of our data analysis is that a particular asset class or market segment is undecided in its direction. Sometimes the data reveals that a market has expressed clear conviction and opinion about a trend. However, new information and changing expectations can turn a market’s conviction to hesitancy or a market’s indecisiveness back to certainty. Seasoned investors become accustomed to the frequent ambiguity surrounding financial markets. Data or information taken out of context can result in faulty conclusions.  As Nobel Prize winner Ronald Coase said, “If you torture the data long enough, it will confess.” Honest, knowledgeable human oversight and interpretation of data is essential and acts as another differentiator and competitive advantage.

Our conclusion is not that the items in the first paragraph do not matter. To the contrary, they could have profound impacts. Our conclusion is that we should allow markets as shown in the actual, raw, underlying data to signal when, what, how, and over what time frame these things matter. In our minds, this suggest a long-term investing framework of broad, deep, global diversification by asset class and strategy. It suggests an overlay of tactical “blocking and tackling” to address emerging opportunities and risks within this long-term, diversified framework.  As noted above, the action beneath the surface can often be the most compelling and interesting.  Admittedly, there are times of looking below the surface and finding that the muddy water has limited the visibility. Sometimes a dive a little deeper into the data reveals some unexpected treasures. Where are markets headed for the rest of 2019? Tune out the noise and let the actual data be your guide.

John Lunt is the President of Lunt Capital Management, a participant in the ETF Strategist Channel.