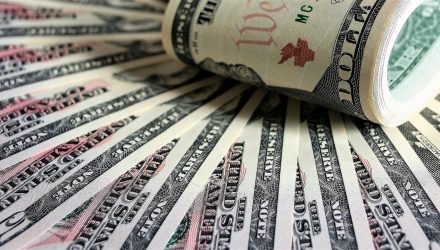 There is No Need for Further Fed Tightening

The probability of a rate hike at next week’s Federal Open Market Committee Meeting (FOMC) is now greater than 75%. Still, it has been a roller coaster of a ride with a range of 80% down to 65% during the turmoil of the last few months. 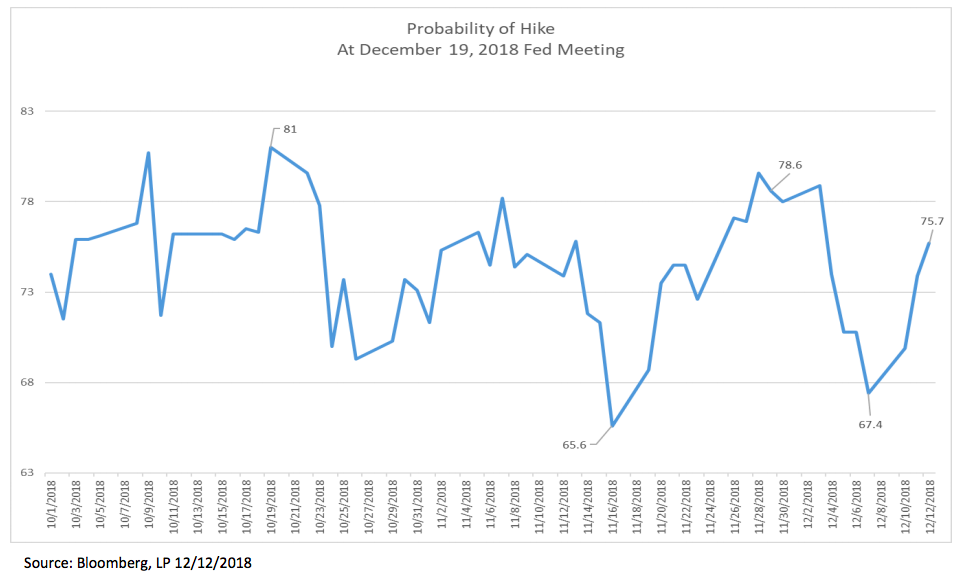 It would seem the voting members of the FOMC are keenly aware of the last two instances where the Fed arguably caused recessions by raising rates too aggressively. In both the 1999-2000 and 2004-2006 hiking cycles, the Fed killed the full employment master while feeding the price stability mandate. With hindsight, it is reasonable to argue that too many rate hikes caused both the recessions of 2001 and 2008. In their defense, the Fed might argue that serving the two masters of price-stability and full-employment put them in a situation where the two were in conflict. Moreover, with the mandates themselves still being historically young, the Fed had little historical data to aide decision making. The Fed only received its dual mandate in the Federal Reserve Act of 1977. Today, the Fed should be well aware of its 0-2 record at soft landings. Further, the Fed has developed a significant set of alternative monetary policy tools that should decrease the probability of policy failure.

Unlike during the past two cycles, today’s Fed also has the tool of balance sheet runoff. As such, the Fed is using two highly effective tightening tools simultaneously to fight inflation. Markets are rightfully signaling that further rate hikes are currently unnecessary. The first tool, the more traditional one, is the Fed-Funds target rate, which the Fed has increased eight times since December 2015. The second tightening mechanism has been the Fed’s balance sheet comprised primarily of US Treasury Securities, Mortgage Backed Securities and Agency Debt Securities. This tool has implemented $400B in tightening since late 2014. 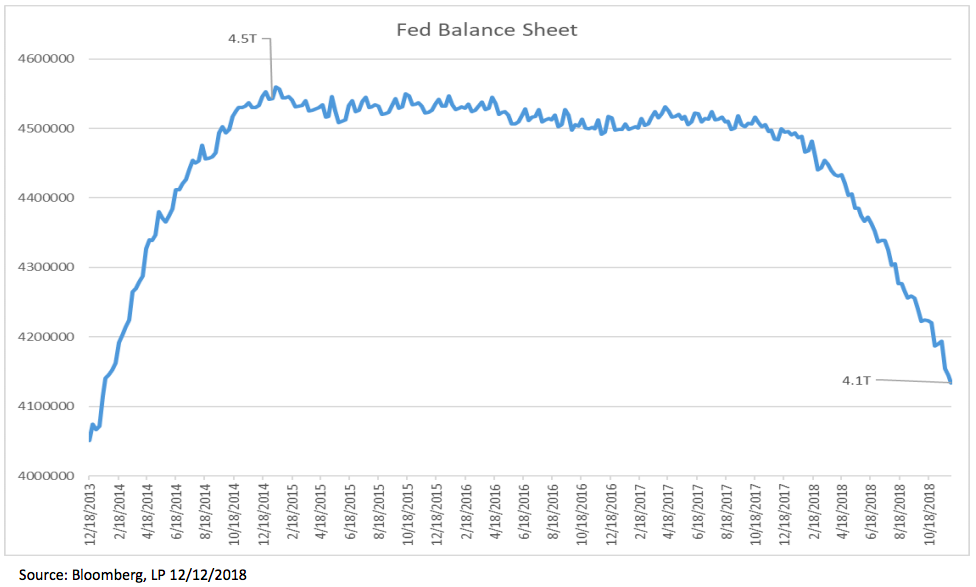 The voting members of the FOMC surely have all the necessary indicators that tell them it is not necessary to tighten now and into 2019. The Fed’s mandate of price-stability is in no immediate threat of being breached. Since the Fed began its tightening cycle in 2013, there has been only one instance of Core PCE Inflation at or above their self-selected 2% target. Given the Fed’s intention to manage the inflation target “symmetrically,” it seems only logical they would cut back on tightening at this moment. Citing inflation risks as a reason to raise rates now would ignore the reality of the economic data. 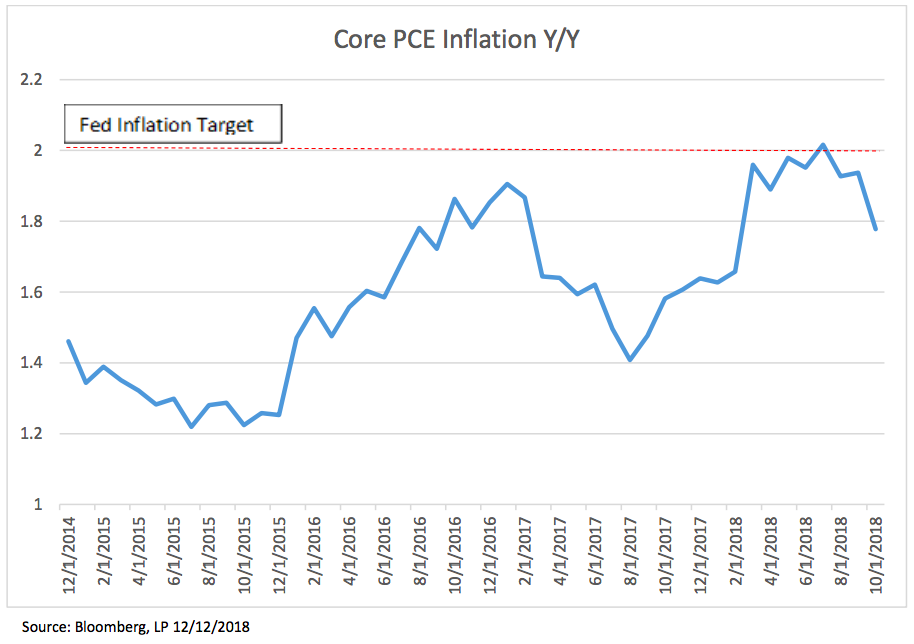 The Fed is not in jeopardy of exceeding its full employment mandate either. While unemployment has dropped to a remarkable 3.7%, there remains slack in the US labor market evidenced by the participation rate of 62.9%, down from more than 67% just twenty years ago. 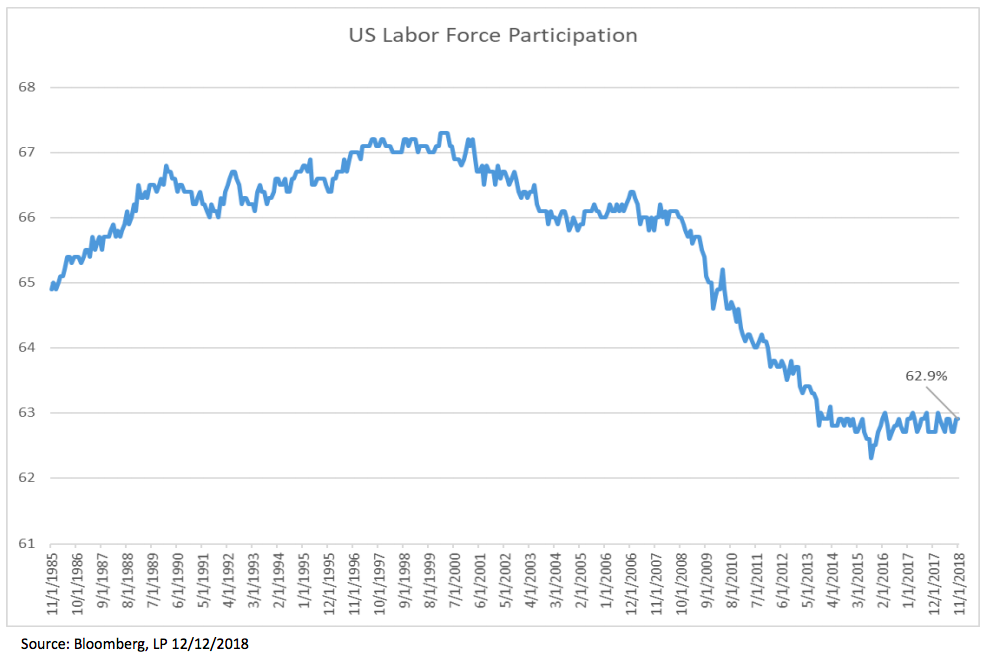 If one buys into our view that the Fed will moderate the tightening in 2019 it becomes logical to conclude that the rise in the dollar will moderate. This supports a resumption in the US equity bull market and a relief rally in foreign assets previously hurt by the US tightening cycle. We favor Emerging Market assets in 2019. Investor’s may wish to consider an equity based ETF such as Vanguard FTSE EM Equity (VWO) or a more conservative bond based ETF such as VanEck Vectors JP Morgan Emerging Market Local Currency Bond (EMLC). The latter not only delivers a respectable 6.5% yield (for 12 months), but could benefit if upward dollar pressure moderates.