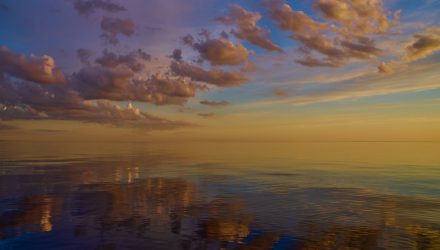 The Markets Are Never Wrong Because They Reflect Reality

Last week, Canterbury’s update focused on “what we know about the markets right now.”  In all market environments, whether they be bull or bear, it is important to avoid getting “locked in” to a particular position.  You hear many analysts discuss whether they are bullish or bearish and whether the market is right or wrong based on where it is today.  The bottom line is that markets are dynamic, unpredictable, and most importantly, never wrong.

In other words, the “market is where it is,” but you, as an investor, can be right or wrong on your prediction about the market.  That is why, at Canterbury, we practice “adaptive portfolio management.”  Rather than focusing on where the market may or may not go, our portfolios focus on reality and adapt the portfolio to deal with current market conditions– not ones that may or may not exist in the future.

We discussed a few negative developments in the markets last week, such as high volatility remaining, and the markets being overbought.  For this update, there is a short list of positives in the markets.  That being said, the market is still bearish. Remember, true bear markets (the ones that take years to get back to a new market high) are full of both declines as well as substantial rallies.

Wide-swinging, volatile markets yield high emotions, on both ends.  Investors are optimistic at the peak of a rally, before the market heads lower, and most pessimistic at the market lows before it heads higher.

At some point last year, we were discussing bear markets with someone else in the industry.  That person mentioned that any modern bear market (which is defined traditionally as -20% drop from a peak) would correct itself much faster because of all the algorithms and technology that exist today, which did not exist 10+ years ago.  Here is our stance on that comment:

From the time of the caveman to today, technology has changed substantially and continues to develop. The one thing that remains the same is human emotion and behavior.  While the events and circumstances of our lives may be different across time periods, our emotions can often feel the same.

Remember, markets are driven by supply and demand, which in turn is driven by the emotions, beliefs, and feelings of investors.

Now, here is the visual observation.  A bear market is traditionally defined as a peak to trough decline of at least -20%.  Prior to 2022, the most recent example of a -20% decline was the market events caused by covid. We all know the story: the S&P 500 fell -34% and then rebounded to put in a new high before the year was over.  It was one, giant, emotional downturn followed by an equally emotional rally to a new high.   That is not a bear market, that is a trading anomaly.

Other similar market examples include 1987, where the S&P 500 was up nearly +40% to start the year, before having a -20% drop in a single day.  That is one, giant, emotional downturn, which was followed by a return to normalcy.  In 1962, the S&P 500 had the chair ripped out underneath it and fell by -28% to start the year, in one, giant, emotional downturn.  This would ultimately be a short-lived decline that would return to a new high the following year.  See image below.

Here is where the caution comes into play.  The three examples listed above (2020 1987, 1962) experienced sharp declines over very short periods of time.  There were few, if any, rallies between the market’s peak and the market’s low.  It is as if the market puked out all of its negative emotion in one trip.  There was no one left to sell. 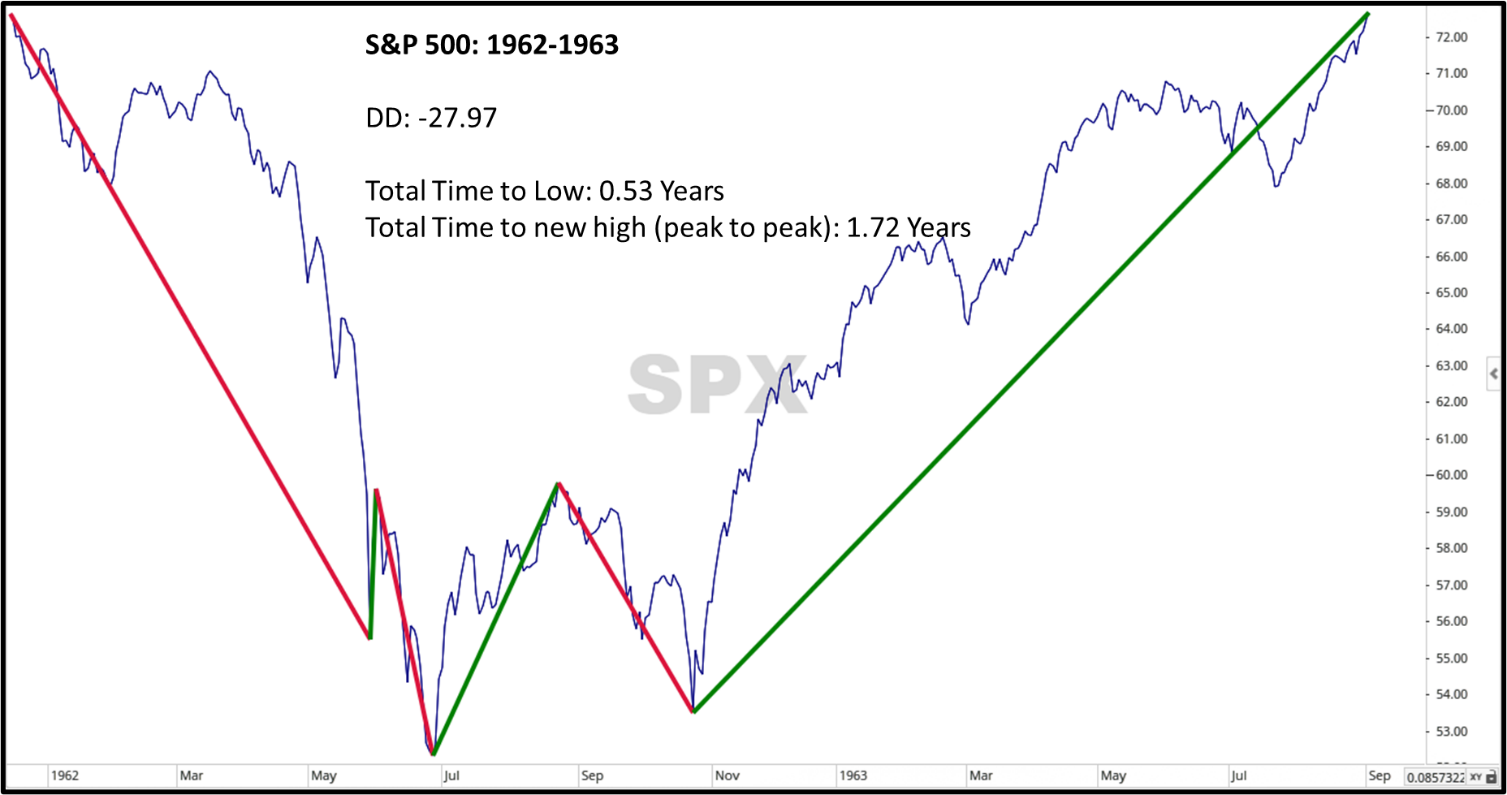 Here is where the caution comes into play.  The three examples listed above (2020 1987, 1962) experienced sharp declines over very short periods of time.  There were few, if any, rallies between the market’s peak and the market’s low.  It is as if the market puked out all of its negative emotion in one trip.  There was no one left to sell. 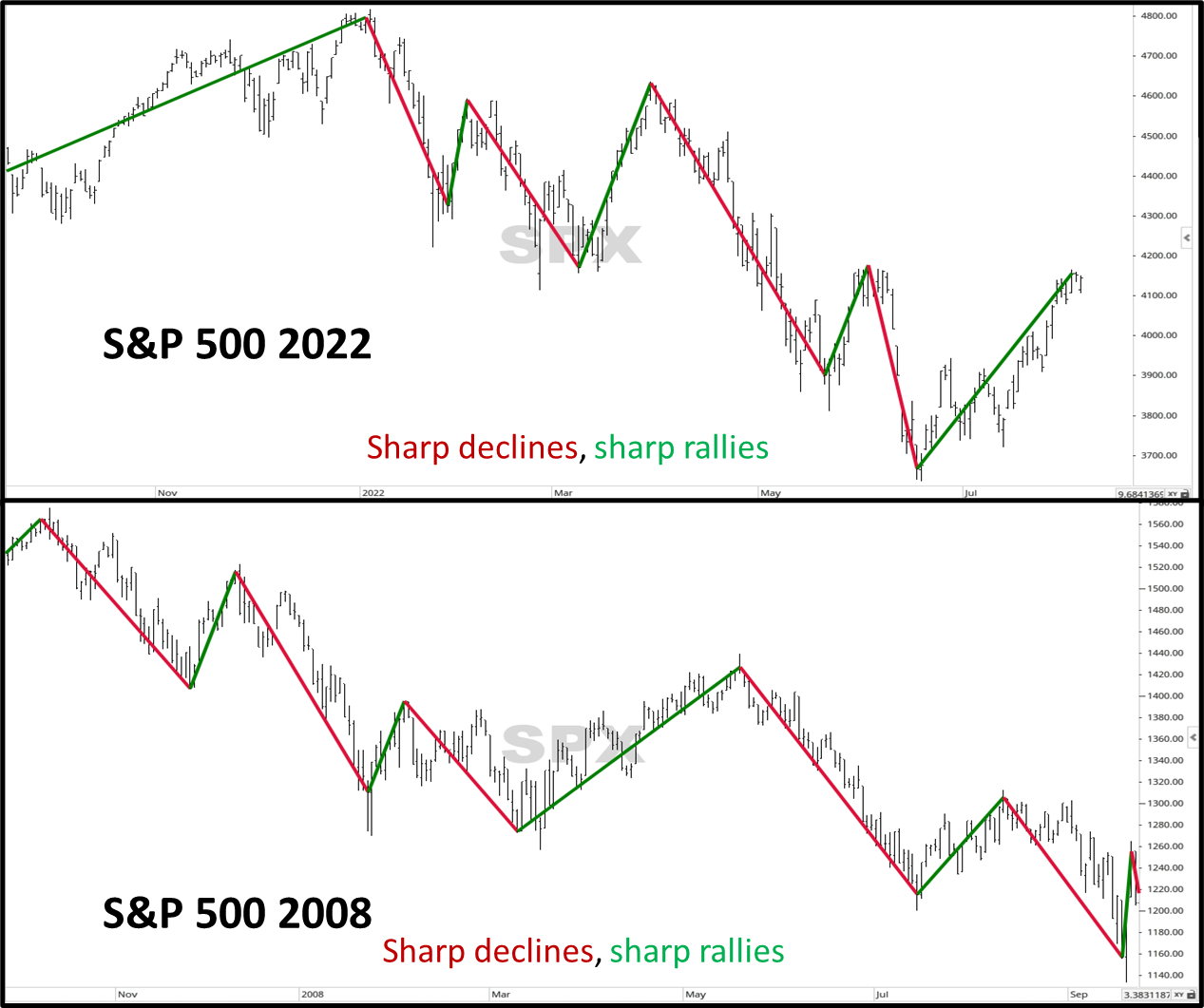 In markets, do not get attached to a feeling of optimism, nor a feeling of pessimism.  The markets will tend to do whatever they can to confuse the masses.  Instead, focus on the realities of right now.  Right now, the market is looking a bit more optimistic with technology and smaller stocks gaining momentum.  That being said, volatility is high and cautionary.

From a visual perspective, the market’s fluctuations so far look similar the large bear markets in 2008, 2000, and the 1970s.  Even though technology and the world look much different today than they did 10, 20, 50 years ago, human psychology is relatively unphased.