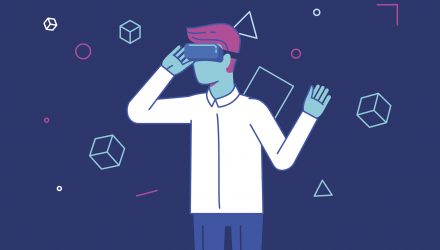 Tech Sector Dominance: Is there an End in Sight?

It is fun to point out the Y2K effect (see red circles). Back in the 1970-mid 1990’s, all computers and software had only 2 spaces, or numbers, for the year…thus 1982 was represented by just 82.  A problem was discovered or at least widely publicized by economist Dr. Ed Yardeni…what would happen at the millennium when 99 turned to 00? Was negative time possible, or would literally every phone system, computer, network and even our nuclear weapon arsenal fail?  If it did fail, how?  The response was to rapidly replace almost every telephony system and physical computer in the world in a very short period of time.  Many years of sales were crammed into the 1997-1999 time period, pulling sales from the years that followed. The result was that, after 12/31/99, no one needed to buy much of any technology and sales, and as a result earnings, plummeted.

Despite the success of the overall index, many of the Old Tech hardware companies still haven’t recovered to the market valuations that they were assigned during the bubble years of the late 90’s. Instead an entirely new ecosystem developed and over the next decade software companies (Microsoft and Adobe included) came to dominate the index. Today, “New Tech” has evolved and it is even more profitable.  All the physical equipment has been shrunk from the size of a room to as small as a watch (or smaller!). Computing power and speed is at levels unimaginable 20 years ago.  More importantly, much of the business has moved to the Web and/or cloud, reducing the costs and raising margins. The industry’s darlings, the so-called FANG (Facebook, Amazon, Netflix and Google) stocks have led this market higher. Entire businesses, including Amazon, have sales driven off the internet. These disruptive technologies/companies have grown fast and continue to obliterate their competition just like old tech, but the costs of doing so are less. Thus, the margins continue to grow and the prices paid for these stocks continue to increase.

Like everything, this dominance will eventually come to an end. The market will likely continue to appraise New Tech companies generously as long as they continue to dominate. But, a day will come when they reach the end of their growth runway or stretch themselves too thin and run into trouble (Facebook is actually taking a beating today as costs continue to outrun revenues despite its scale). This could happen in 1 year or 10, we certainly don’t know what the future will bring. Every now and then it’s fun to just step back and focus on where we’ve been instead of where we’re going. We’ve seen some amazing innovations come out of the technology sector over the past 20 years and its been enjoyable for me to recount my firsthand knowledge of the journey.

This article was contributed by David Haviland, managing partner and portfolio manager at Beaumont Capital Management, a participant in the ETF Strategist Channel.