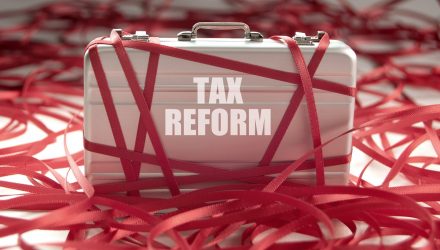 Based upon recent fiscal news coming from Albany, we would not be surprised to see renewed trend of relative cheapening of New York paper versus California. While perceived weakness in the near term for state tax collections may widen New York spreads, we ultimately think that demand for New York municipal bonds will continue to strengthen as the tax season gets underway.

In Governor Cuomo’s latest budget update, he detailed that New York had a larger-than-anticipated decline in revenues that will approach almost $3 billion, citing the federal tax plan as a contributing factor. While some drop in revenues versus last year is attributable to a flurry of prepayments, the state, which derives over 40% of its revenues from less than 1% of the population, is also keeping a watchful eye on the equity markets, which are a large source of investment income for top earners. This puts the state in a bit of a bind in that they are unable to raise taxes fully on the wealthy without causing revenue to fall even further, leaving spending cuts as one alternative to budget balancing.

The impacts of the Tax Cuts and Jobs Act are wide ranging and will continue to be felt throughout this tax season and beyond as states adjust to new revenue levels and patterns of collections. The limitation on federal deductions should make the tax-exempt income from municipal bonds more valuable as munis become one of the last vestiges of a true tax shelter. We believe that continued active management can help insulate a portfolio from both extremes in pricing as well as excessive allocations to any one obligor. For example, should New York State budget issues trickle down to funding cuts on the local level, preference would be given to those local credits with strong fund balances, management, and trends of positive operations.

This article was written by Eric Kazatsky, Portfolio Manager at Clark Capital Management Group, a participant in the ETF Strategist Channel.

The opinions expressed are those of the Clark Capital Investment Team and are subject to change without notice. The opinions referenced are as of the date of publication and may not necessarily come to pass. Forward looking statements cannot be guaranteed. Material presented has been derived from sources considered to be reliable, but the accuracy and completeness cannot be guaranteed. This is not a recommendation to buy or sell a particular security. This information is for educational purposes only and should not be considered financial advice. Clark Capital reserves the right to modify its current investment strategies and techniques based on changing market dynamics and client needs, and there is no assurance that their assessment of investments will be accurate. The information discussed herein is not a recommendation to buy or sell a particular security or to invest in any particular sector.
Clark Capital Management Group, Inc. is an investment adviser registered with the U.S. Securities and Exchange Commission. Registration does not imply a certain level of skill or training. More information about Clark Capital’s investment advisory services can be found in its Form ADV Part 2, which is available upon request.
CCM-1143