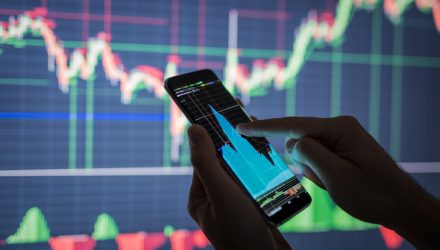 Markets have been climbing the “wall of worry” for most of the year and November was no exception. Trade uncertainty with China continues to exist and that issue likely links directly with a manufacturing slowdown in the U.S. A growing political divide in Washington continues to expand as the formal impeachment hearings enter a new phase with the House Judiciary Committee.

There was some clarity on the future path of Fed rate activity as Chairman Powell indicated that, after cutting rates for a third time in October, the Fed would likely be on hold for some time, unless economic conditions changed. We have written about these issues for most of the year, yet the market continues to be resilient and climb higher.

Concerns about the pace of U.S economic growth have lingered in the market, with manufacturing and trade issues a key concern. However, the U.S. economy has continued to grow, and the job market has remained strong. Workers have made real wage gains, and consumers have continued to spend as well. In fact, Black Friday online sales were up about 20% from last year. We believe that broader economic fundamentals continue to point toward ongoing economic growth.

In 2019, we have generally seen U.S. large-cap growth companies outpace most other parts of the market. However, we have noted that some other areas of the market have made some headway against this broader trend in recent months. September saw value and small-cap companies with some leadership and international equities outperformed U.S. stocks in recent months as well.

November saw solid returns across the board for U.S. equities with small-caps once again enjoying some market leading gains. International equities were the clear laggard in November and continue to trail U.S. equities year-to-date. However, it is important to have some perspective because although it is true that international equities have lagged U.S. stocks, they are still showing double-digit gains through the first 11 months of the year.

Clark Capital employs value-oriented measures in our equity investment process and we believe that over a full market cycle, buying good companies at a good price will be rewarded. Earlier this year, we were seeing historical extremes in the market when looking at the discount that value stocks were trading at compared to the broader market. In many ways, this was reflecting the strong outperformance of large-cap growth companies over the last couple of years.

We continue to believe that should this growth/value situation revert to more historical norms, value-oriented stocks should benefit. While still too early to call a trend reversal, we have seen some pockets of the market perform better in recent months relative to areas that had dominated for some time.

For example, high yielding sectors like Utilities, Real Estate, Consumer Staples and Energy have struggled the last couple of months. Meanwhile four of the five top performing sectors for the last two months were bottom dividend yielders, which is a significant change in market leadership. As more diverse areas of the market make gains, diversified portfolios should benefit as well.

The U.S. dollar hit its strongest level in late September since the first half of 2017. The dollar reversed course in October and weakened, which helped international equity results, but that decline paused in November. Overall, the U.S. dollar rose in November creating a headwind to international returns. Emerging market equities, as measured by the MSCI Emerging Markets Index, declined on a dollar basis during the month by -0.14%. The MSCI ACWI ex USA Index, a broad measure of international equities, advanced a modest 0.88% in November. These two indices of international stocks lag their U.S. counterparts year-to-date, but both are up double-digits over the last 11 months.

Most pockets of fixed income have enjoyed solid year-to-date gains as interest rates have dropped rather dramatically during 2019. However, yields hopped around in November and bond results were mixed as the yield on the 10-year U.S. Treasury ultimately settled higher from the October close. The closing yield for the 10-year U.S. Treasury for October was 1.69% and it closed November at 1.78%

The “risk-on” nature of the stock market rally was reflected in bond returns as well, as credit and high yield bonds performed better than other areas of the fixed income market. We continue to believe it will be hard for U.S. rates to move too high with the current amount of global bonds with negative yields. Furthermore, we maintain our long-standing position of favoring credit versus rate exposure in this environment.

Although the front end of the yield curve remains flat, when comparing the 10-year yield and either the 2-year or 3-month Treasury yields, the slope of the yield curve stayed positive throughout November. We know that recessions have occurred even after the slope turns positive and that the inversion itself has been the historical sign of potential economic weakness. However, the inversion also historically comes with some lead time to a recession and in the last five recessions, that time has been between 13 and 34 months. Also recall that we have experienced two inverted yield curves since the 1960s that did not lead to a recession.

It is also important to acknowledge that the Fed has made a clear U-turn from its tightening ways from December 2015-December 2018. October saw the Fed cut rates for the third time in three consecutive FOMC meetings as it clearly moved to a more expansionary bias versus contractionary in 2019. The key question, which continues to linger, is did the Fed reverse course in time?

Job market numbers reported in November remained solid. Non-farm payroll additions were 128,000 in October, which was well above expectations of 85,000. Furthermore, revisions for the prior two months showed 95,000 additional job gains than previously reported. The unemployment rate was 3.6% as expected and labor force participation improved in October when it was expected to decline.

Although the monthly increase was slightly below expectations, average hourly earnings came in at 3.0% on a year-over-year basis as anticipated. The strong job market in the United States continues and, as a consumption driven economy, financially healthy and employed consumers are an important key to economic growth.

Retails sales growth (ex. auto and gas station sales) were more muted in October increasing by only 0.1% when expectations were for a 0.3% gain. We head into the all-important holiday shopping season with expectations that the consumer will still have an appetite to spend. Early headlines about Black Friday showed a solid kick off to holiday spending. Housing starts were below expectations in October, but building permits exceeded estimates and both readings for the prior month were revised slightly higher. New home sales exceeded expectations of 705,000 when results came in at 733,000.

The widely followed Institute for Supply Management (ISM) manufacturing index continued to linger below 50 in October. Despite coming in below expectations at 48.3, the October number was a slight improvement from the September reading of 47.8, but this marked the third month in a row below 50, which is the dividing line between expansion and contraction. (The November ISM Manufacturing reading was also disappointing and below 50 when released in early December.) Trade issues with China continue to remain unresolved despite some news of shorter-term progress being made and this ongoing uncertainty is likely one central cause of slower manufacturing in the U.S. However, the ISM non-manufacturing index, which covers the much larger service industries in the U.S. economy, came in at a better-than-expected 54.7 in October, which was also a strong improvement from the September level of 52.6.

The leading economic indicators index (LEI) from the Conference Board slipped lower in October by -0.1% as anticipated. The prior month’s decline was revised down to reflect a -0.2% decline from a previously reported -0.1% drop. This is an indicator we watch closely as it tends to give some insight on the future direction of economic growth and we will continue to monitor it in the months ahead. The second reading of third quarter GDP showed 2.1% annualized growth compared to expectations and the prior reading of 1.9%. Preliminary durable goods orders for October showed a monthly increase of 0.6% compared to an expected decline of -0.9%.

After cutting rates in October for the third time in three meetings, no FOMC meetings occurred in November. Chairman Powell signaled at the last meeting in October that the Fed would be on hold for some time, unless economic conditions changed. The three rate cuts appear to be all that the Fed has an appetite for at this stage in the economic cycle.

The Fed has been on quite a ride over the last year moving from a hawkish stance at the end of 2018 to a more dovish tone in 2019. After three rate cuts in the second half of this year, the Fed concluded that further cuts will likely be on hold as the year ends, and we expect no change in rates at the 2-day meeting that concludes on December 11th. With ongoing strength in the job market, stocks at all-time highs, and inflation rising at a measured pace, we might be in for a period where the Fed moves out of the limelight. (Quite a change compared to the last few years.)

The House held public impeachment hearings in November and the political discord in Washington seems as elevated as it has been for some time. The likely outcome continues to hold along party lines with an expected impeachment vote from the House, but no removal from office vote by the Senate. The presidential election is less than a year away and gridlock appears to be the likely state of play in Washington until we get through November 2020.

We continue to expect economic growth well into 2020. The Fed now appears to be on hold for the near-term, but China trade uncertainty, a presidential election year and some signs of slowing U.S. economic activity remain outstanding. Despite these concerns, the market made steady progress in November. Although this time of year tends to be a historically favorable period for stocks, investors cannot rule out the possibility of elevated volatility heading into year-end after what a has been a very calm recent period for the markets.

We have witnessed a broadening out of the market with the advance-decline line hitting new highs and participation across sectors including Healthcare and Financials, which had been lagging. The Style Opportunity portfolio added exposure this month to quality while maintaining and overweight to value.

Our underweight position in the Utilities sector added alpha as its stocks had negative returns amidst a broader market rally. Technology stocks continued to drive higher and while we have a healthy exposure to these stocks, our slight underweight position was a slight drag in our equity portfolios.