You are at:Home»ETF Strategist Channel»Sorting Through the Added Value of Securities Lending 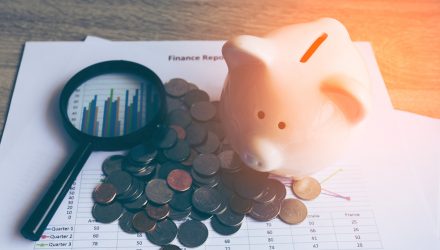 Sorting Through the Added Value of Securities Lending

“Expense is only a concern in the absence of value” is a common phrase heard throughout many service-based industries. The idea being higher expenses can be justified by providing higher value. In the asset management business, where expenses and value are both very important, it can often be hard for investors to truly judge results.

A lot of information has been in the news recently regarding expense ratios and the race to zero. However, there is a lot of detail that goes into the expense of a fund besides just the stated management fee. With ETFs, there are several areas where implicit costs or revenues may be impacting your overall cost of ownership including the more commonly known trading costs (bid/ask spread, commissions, etc.), taxes and securities lending.

One of the lesser understood operational activities, securities lending can play a large role in offsetting ownership expense of a fund. Many investors are unaware the fund they are invested in may loan out the underlying holdings and earn a fee for doing so.   Often, this revenue can be an important factor in fund ownership.

The way securities lending works in simple form is as follows:

Who is Making Money?

Between iShares, State Street/SPDRs, Vanguard and Schwab (four of the top 5 ETF issuers), only Schwab uses an independent third-party transfer agent. The other companies typically use a related entity as a transfer agent; this is how these firms get paid for the undertaking of securities lending.

The challenge in not using a third-party agent is the potential conflict of interest for the fund company. The company could be tempted to increase their own revenue by paying a higher than normal revenue split to the transfer agent rather than passing that revenue on to the fundholders. Please note, some may argue there may not be an inherent conflict with Vanguard given they are a shareholder owned firm.

An additional layer of opaqueness, however, comes from the prospectus language describing securities lending operations for the funds. All but one of the firms listed prior state they give 100% of the revenue after expenses (net revenue) back to the fund. The only issuer who doesn’t give 100% is iShares.  Instead, for domestic securities, iShares states they provide 71.5% to 75% of the gross revenue.

What a bad deal for investors who use iShares right? Not exactly; read those sentences again. The other firms are giving the revenue back to the fund after they’ve paid expenses. iShares commits to give a certain percentage of the gross revenue before expenses are factored in.

Bringing some Clarity by Digging Deeper

If an investor cannot discern how much they are benefitting from securities lending by reading the prospectus, where else can they turn? The best source for dollar amounts is the Statement of Additional Information. As an exercise, we reviewed small cap offerings from each of the four firms to provide an overview of how much value each fund is providing to investors through securities lending. The funds reviewed were:

How Big is the Pie Piece?

Given the large portion that rebates made up for iShares, an adjusted net number is provided as well to more clearly reflect the split with fund investors. As you can see, Vanguard gives almost 100% of the revenue generated from securities lending back to the fund. Schwab was a close second with 89% and iShares is a distant third with 71% of gross revenue going back to the fund.

Another way an investor could compare securities lending revenue is by calculating a ratio of the net revenue generated to the total fund expense. To find the fund expense data, you would need to review the Statement of Operations in the Annual Report.