You are at:Home»ETF Strategist Channel»Seeking Protection Against Bears Instead of Corrections 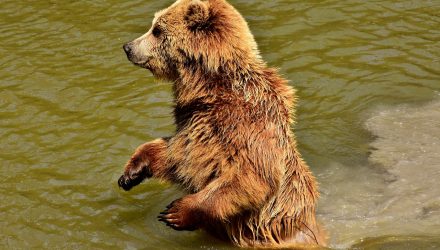 Seeking Protection Against Bears Instead of Corrections

Recent global equity market sell-offs, like those seen in the first quarters of both 2016 and 2018, justifiably generate media attention and investor concern. But they also present an opportunity to evaluate risk.

While market drawdowns are inevitable and necessary for healthy markets, investors don’t exactly jump for joy when one occurs. It’s important, however, for investors to remember the differences between the two types of market downturns; corrections and bear markets. In an industry too often focused on short-term returns, corrections can cause short-sighted reactions that negatively impact long-term plans.

This post defines and compares the nature of corrections and bear markets, analyzes their impacts on investors, and considers which type of downturn is more important to seek protection against.

From Complacency to Panic

Prolonged bull markets with periods of low volatility can create risk complacency and even risk amnesia. Any subsequent market correction and/or spike in volatility often shakes investors out of their state of complacency and ignites fear of what they may have temporarily forgotten—markets can and will go down.

Because loss aversion is such a strong emotional driver, it is typical for many investors to transition quickly into a state of panic. Media coverage of market turmoil or daily losses for major indices can compound investor anxiety and drive nervous calls to advisors.

Investing opens investors up to the possibility of losses—but mathematically speaking, not all losses are equal. Understanding the different kinds of losses between a correction and bear market may help investors better handle or prepare for them.

Corrections are often defined as losses in market value exceeding 10% but less than 20% and happen from a market high. Corrections have historically lasted from between a few weeks to a few months from start of the downturn to full recovery.

Bear markets are defined as losses in market value of 20% or more and have historically lasted several months to several years. The losses experienced in bear markets are more intense and require longer recovery periods on average than corrections, as shown below.

The speed of the drawdown refers to how fast, measured in days, the markets fall from peak to trough. Over the past twenty years, the speed of the fall for corrections can be measured in a matter of days to a few months, while the bear markets took much longer, generally extending over a year.

While faster drawdowns impact emotions and media response, what is more important to investor outcomes is the magnitude or intensity of the drawdown and the length of the recovery.

The intensity of the drawdown measures how much market value was lost. As defined earlier, corrections are market losses of between -10% and -19%. Over the last twenty years, the most intense correction delivered a 19% drawdown and the least intense corrections created a market value loss of about 12–13%. By comparison, the magnitude or intensity of losses during bear markets are often more difficult for investors to stomach. Although a bear market is defined as losses in value of more than 20%, the two in the past 20 years were more than -47%, more than double the losses caused by corrections. The intensity and effects of a bear market are unmatched, especially when we consider time of recovery.

Recovery time refers to how long it takes for the market to recoup its losses and return to pre-fall levels. Mathematically speaking, the larger the loss, the larger the gain needed to recover. So if market corrections cause smaller losses by definition, one could reason they would require less recovery time.