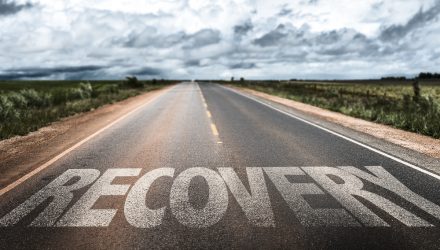 Our work suggests that the decline in U.S. economic activity most likely reached its low in April. Though this economic and market decline has been unprecedented, many leading indicators are stabilizing, and economic growth should resume soon as economies around the world reopen.

As governments responded to the coronavirus crisis, which started in Asia, moved west to Europe, and then to North America, we saw the number of new daily cases stabilize then fall in each region in order, but with temporary setbacks. We expect that the U.S. will follow this trend as well.

Similarly, economic activity plummeted by region in the same order. We are now seeing signs of economic recovery in Asia and Europe as these economies slowly reopen. For example, electricity usage picked up in Asia as that region began to revive in February and March. Additionally, electricity usage in Europe is beginning to increase now that those countries are starting to roll back restrictions.

In aggregate, the relaxation of lockdown measures in many countries is now being reflected in their activity. However, the recovery is slow because governments are only easing restrictions gradually, supply chains have been disrupted, and households remain cautious.

We expect the U.S. to follow a similar pattern with activity. While the initial uptick in activity might be impressive because we are coming off a low base, it will likely take many months for our economy to regain our previous levels of activity. Importantly, some industries are likely to recover more quickly than others.

The recovery is likely to start out looking like a V-shaped recovery on a quarter over quarter percentage change. We expect second quarter GDP to drop by roughly 12% or more and be followed by a rebound in the third and fourth quarters. On an annualized basis and in actual dollar terms, the economic decline and rebound will look more drawn out. It may take a couple of years for our economy to grow to the level that we would have been without the crisis. 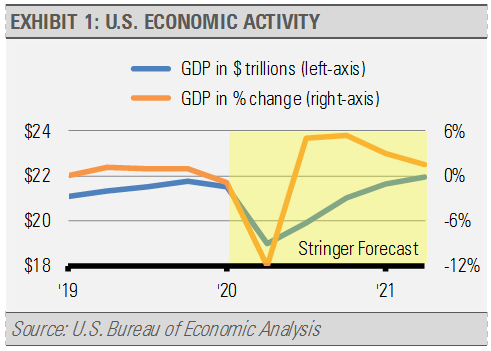 Keep in mind that the previous is our base-case scenario. The biggest risk to our forecast is a large spike in new infections that results in another shut down of the economy. As we can see in other countries that are weeks ahead of the U.S., such as Singapore, reopening carries many risks. However, when properly managed, improvements in the daily number of new infections can still be made even as economies reopen.

Additional risks lie in government policy responses. For example, should the U.S. Federal Reserve (Fed) pull back their support too soon, our economy may slip into a deeper crisis. We think that it is better for policy makers to overshoot with too much support rather than not enough.

It will be important to differentiate between leading and lagging indicators in this environment. We expect to see extremely bad lagging economic numbers in the near-term, such as the monthly employment and quarterly GDP reports, even as the economy and financial markets improve.

The economic rebound that we expect in the third quarter will not be published until the October 29th GDP report, which is months after economic growth should resume. Similarly, the monthly employment report will likely reflect a high unemployment rate for months to come. Clearly, having millions of workers unemployed is not good, however, the jobs situation will make a turn for the better before it shows up in the monthly jobs report. For example, the monthly jobs report for March understated the massive hit to the U.S. labor market and the April report, published on May 8th, showed a massive spike in the unemployment rate while parts of the economy had already started to reopen.

We saw a similar lag during the recovery from the Global Financial Crisis. Monthly reports going forward are likely to understate the recovery until after it is in full swing. 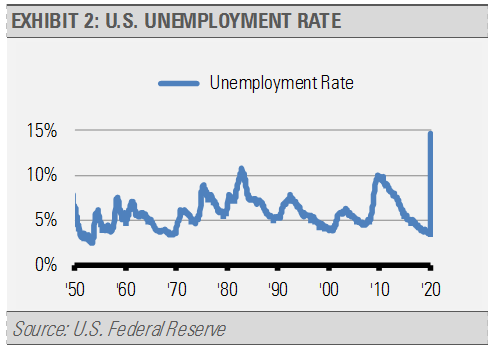 As previously stated, our base-case is that global economic growth and related investment opportunities will be uneven so we think positioning will be key. The U.S. equity market will likely see new highs within the coming months to a year with long-term interest rates remaining very low by historical norms. Unprecedented bond purchases by the Fed seem to have stabilized higher quality debt markets, however, we remain aware of the liquidity risks. Furthermore, some global regions and economic sectors will likely recover before others. We think our Strategies are positioned accordingly.

We expect the U.S. to rebound relatively quickly, especially within high quality companies that have stable businesses, high profit margins, and solid balance sheets with lower debt that we think are now trading at attractive valuations. We think those businesses and bond issuers have the capital strength to withstand the current economic shock better than their lower quality peers with weaker income statements and balance sheets. The areas we favor include household names in the information technology and health care sectors as well as high quality fixed income within the maturity range of Fed purchases.

With great uncertainty around this base-case scenario, the ability to become more defensive should our signals again turn negative is also crucial. Most importantly, we must remember that these are unprecedented times and we should be open to new ideas and new ways of thinking.

The ways of looking at the world that were developed during periods of normalcy have little relevance in times of unprecedented risk in our opinion.

While we do believe in the benefits of diversification as a risk management tool, we also think that investors should look beyond stale solutions. For instance, “buy and hold” strategies may not be the best advice when navigating a global pandemic of unprecedented proportions and impact. Our philosophy is centered around three layers of risk management, which includes a strategic, long-term allocation combined with a tactical, near-term component to find new investment opportunities or to quickly become more defensive. The third layer, our Cash Indicator, is used in case of an emergency. We think these three layers are extremely helpful in navigating these unprecedented times.

The Cash Indicator (CI) has fallen below the first level of significance. The CI continues to remain elevated, however, which reflects continued stress in the financial markets. As a result, we are prepared to quickly reduce risk exposures and increase cash should our indicators suggest that the situation is deteriorating markedly. 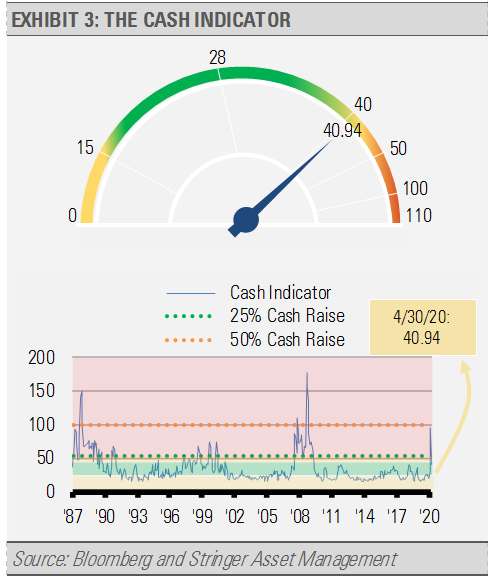