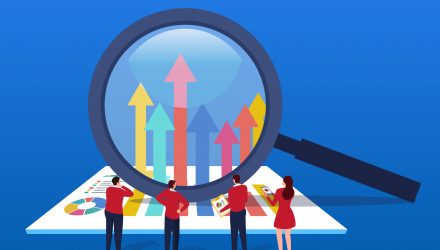 Although flows into bond ETFs and funds have been strong, short duration bonds seem to be relatively out of favor versus longer duration bonds. Chart 1 highlights that the iShares 20+ Year Treasury Bond ETF just had its largest monthly inflow ever. 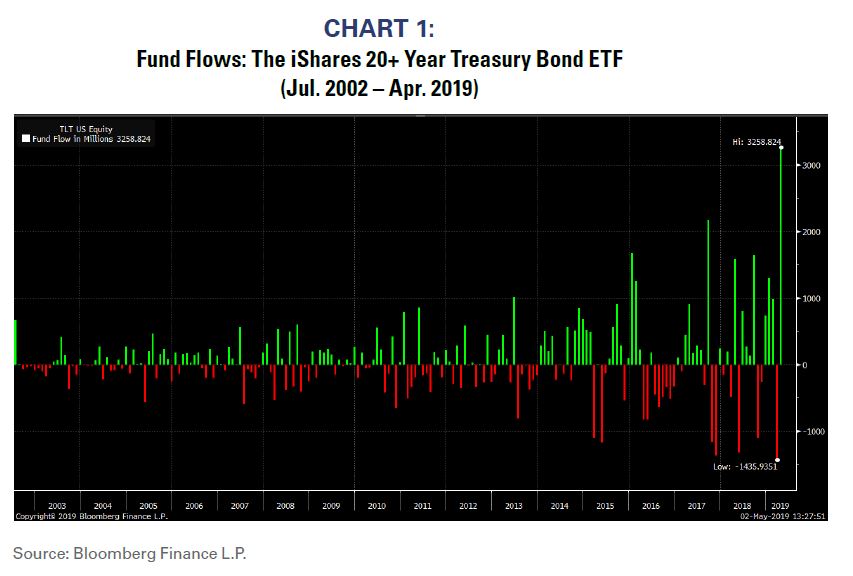 The long end of the yield curve appears historically overvalued Determining an asset class’s valuation is always questionable. Changes to inputs, time horizons, and various assumptions can significantly change valuation conclusions. If valuation is truly extreme, however, the choice of valuation model and inputs often doesn’t alter
the conclusion. In those cases, the asset class appears overvalued regardless of the inputs or model.

This extreme situation appears true today at the long end of the yield curve. There are numerous models that attempt to compare the relative attractiveness between short duration and long duration bonds, and today they are all signaling that the long end of the yield curve is overvalued. The term premium is a measure that can be used to compare the attractiveness of fixed-income strategies by maturity.

For example, the most common measure of the term premium compares the expected return from buying a 10-year note to that from buying a 1-year note in anticipation of rolling it over ten times. 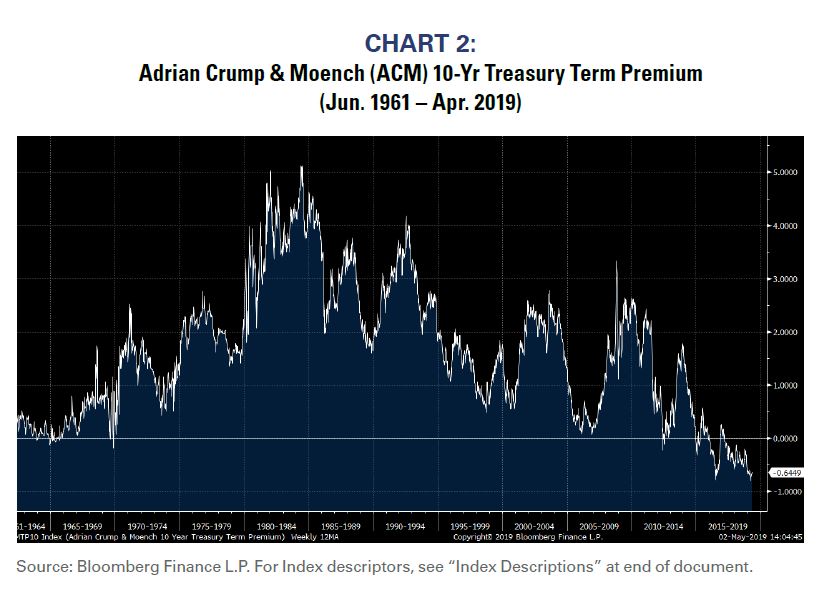 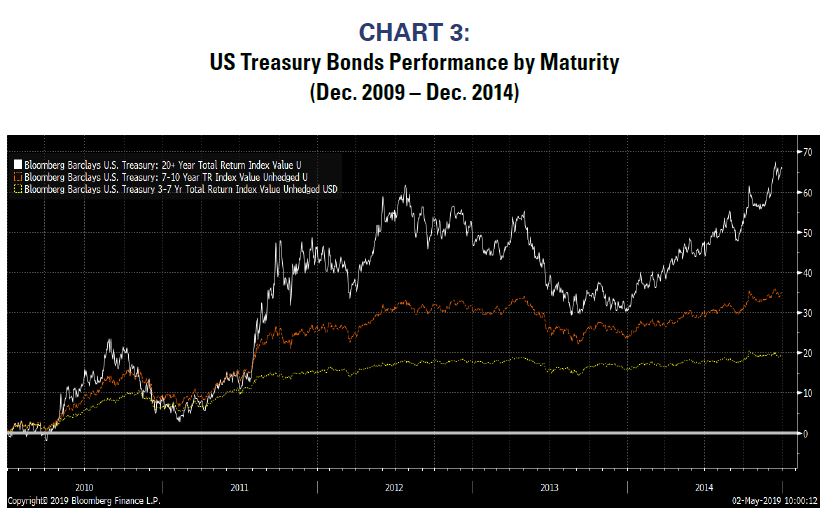 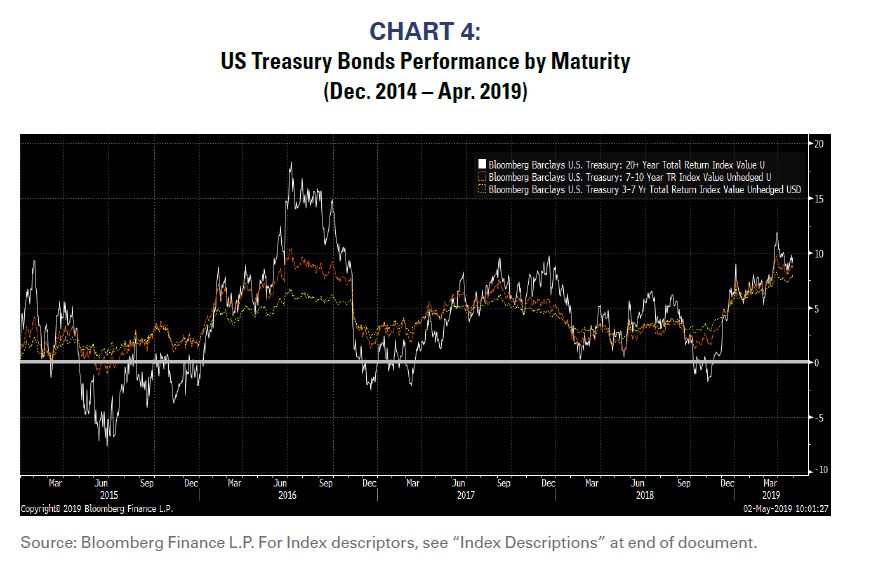 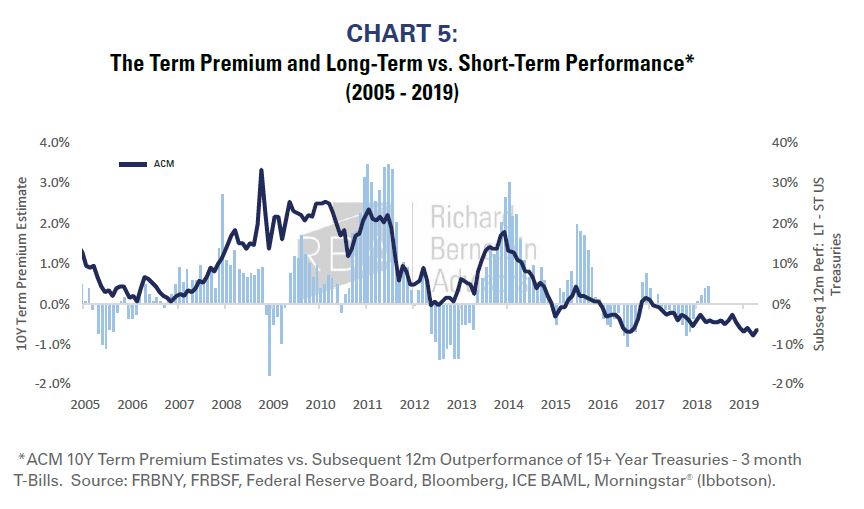 The implied returns from numerous term premium models suggest that it may be currently advantageous to invest in shorter durations rather than longer durations. Table 1 compares three widely accepted term premium
models. In most cases, the models suggest that 15+ year notes will underperform 3-month T-bills by between 100 and 350 basis points (using medians) over the next 12 months given the models’ extreme readings
(i.e., in the worst historical quintile). 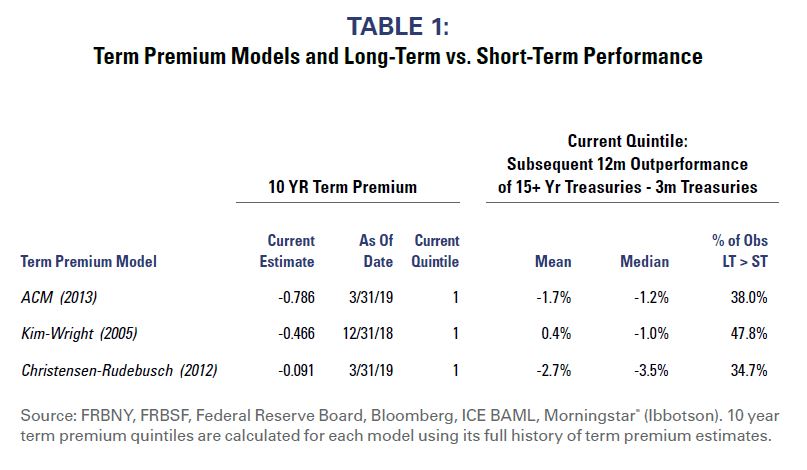 One reason we favored longer-duration bonds for so many years was that long-term bonds offered better diversification to stocks than did shorter duration bonds. That is no longer true. Chart 6 shows assets classes’
correlation to the S&P 500® . Treasuries are not positively correlated to equities, but the advantages that previously favored investing in long duration Treasuries no longer exist. Short-term Treasuries now offer
greater diversification than do long-term Treasuries. 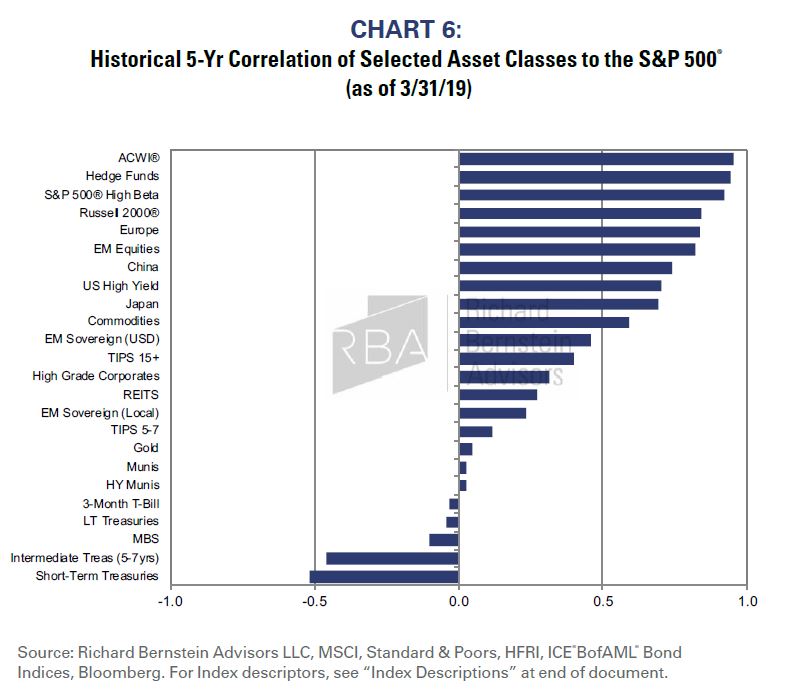 An overwhelming consensus has formed that the Federal Reserve is done raising interest rates for this cycle, and that their next change to monetary policy will be to cut interest rates. That conclusion seems odd to us because inflation expectations have risen since the Fed last raised rates in December as shown in the breakeven rates in Chart 7. If inflation expectations were falling in reaction to the last interest rate increase, then the consensus view of future monetary policy might be justified.

However, it seems inexplicable that investors are certain that the Fed has “pivoted” toward lowering rates from raising rates when inflation expectations have continued to increase. 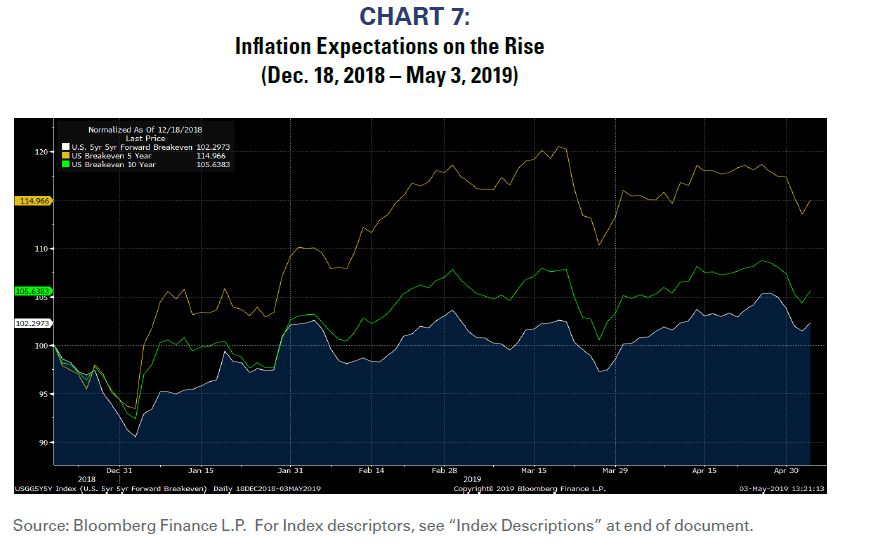 Investors seem to have forgotten that bond duration is a measure of risk, and that amnesia is occurring during a period during which the long end of the yield curve seems to be getting riskier. The long end of the curve appears significantly overvalued, relative performance is starting to wane, the diversification benefits of longer duration bonds seems to be dissipating, and inflation expectations appear alive and well.

We feel our positions in short duration Treasuries will prove prudent through time.

Special thanks to Matt Poterba for his insightful research on the topic.