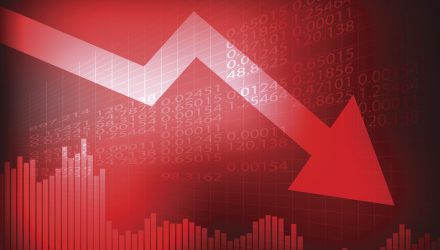 The financial press has been awash with articles commemorating the ten-year anniversary of the collapse of Lehman Brothers and the Global Financial Crisis (GFC). Many of these articles have focused on the causes, what should have been done differently, and the risks of another financial catastrophe.

The GFC was the biggest threat to the world’s economic system since the Great Depression.  Fortunes were lost, lives were ruined, and the current populist upending of the post-World War II order were all results of what transpired a decade ago.

The crisis has had a lasting impact on investor attitudes toward risk. But even so, there are many indications the finance industry and investors are making the same mistakes they made prior to the crisis.

Despite the S&P 500 setting record highs, investor concerns have shifted to preserving capital rather than chasing returns. A recent study[1] by Cerulli Associates, summarized by ThinkAdvisor’s Emily Zulz[2] and FinancialAdvisor IQ’s Garrett Keyes[3], states that investors prefer downside protection to outperformance by roughly a three-to-one margin. While numerous financial professionals are focused on relative performance versus the S&P 500, investors would rather protect what they have than shoot for the moon.

Demographically, those with the highest emphasis on capital preservation are over the age of 60 or under the age of 30. This makes sense. Investors in the 60+ age bracket would have been around 50 during the Global Financial Crisis. Many would have been in their peak earning years and hopefully had a nice nest egg built up in 401(k), IRA, or 403(b) plans. With traditional asset allocation models losing more money during the GFC than the “worst case” scenarios predicted, it is no wonder they are more risk-averse as their retirement draws near.

Meanwhile, Millennial investors under the age of 30 would have come of age during the Global Financial Crisis. Many struggled to find work during the recession and the problem of student debt has been well documented. Roll in distrust of the financial system, and you have a recipe for conservative investors.

Despite these shifts, many of these investors are taking on more risk than they really want to. Baby boomers are making up for the income they’re missing from bonds while millennials are being put in more aggressive portfolios because of their age instead of their risk tolerance.

During and after the Global Financial Crisis, many investors learned the hard way the importance of not losing big. While they might have clawed back their losses over the last decade, 2008 haunts their decisions. With good reason, the last thing they want is to experience something like that again.

This is why they hire a financial advisor: to lessen the impact such catastrophic financial events. So how has this been addressed at the portfolio level?

The shift in investor preferences since the 2008 financial crisis hasn’t seemed to reach the portfolio level, however. Many portfolios are allocated very similar to how they were before the 2008 crisis, and this is a problem because many of the asset allocation models failed to properly protect investors during the crisis.

Using target date funds as a proxy for typical asset allocation portfolios, let’s look at how three “vintages” of target date funds were allocated just prior to the GFC in June of 2008. The data below is based on Morningstar category averages. 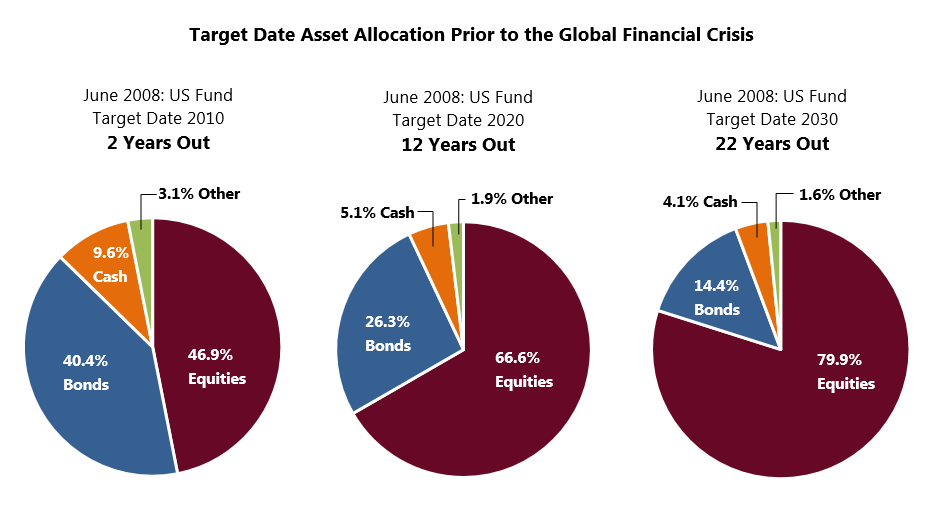 In 2008, these vintages would have been two, 12, and 22 years away from their target dates.  They fall into a typical asset allocation range, with equities and bonds making up the lion’s share of the allocation.  The more aggressive portfolios have a bias towards equity, the more conservative portfolios are weighted to bonds and cash. This is all standard practice.

How did these perform during the GFC? The results were quite grim. 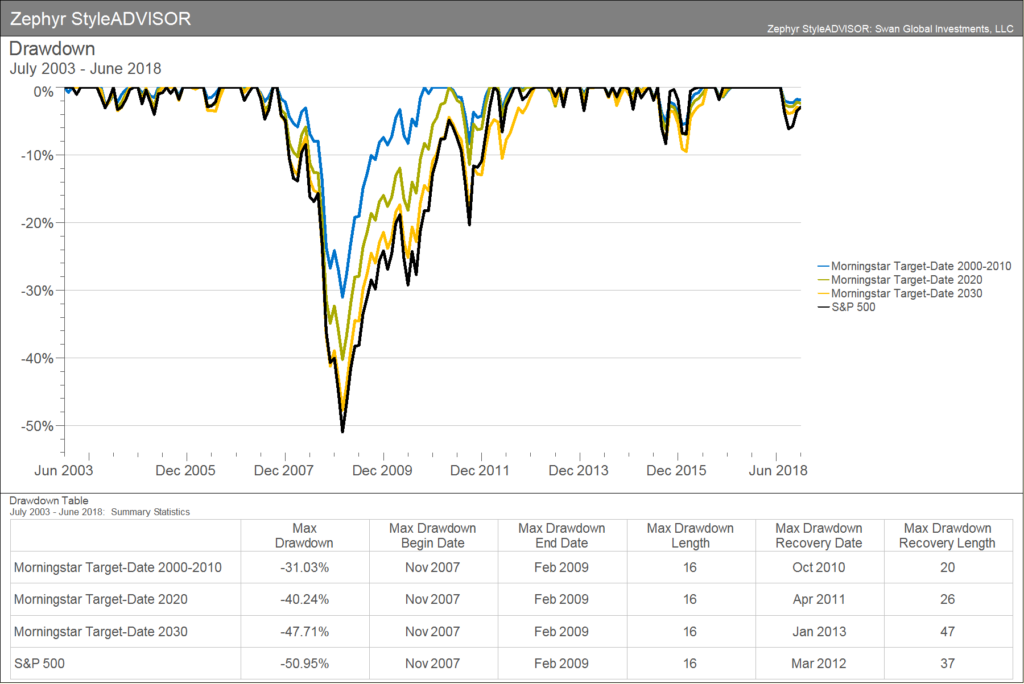 The average of the 2000–2010 vintage lost over 31% of their value. In theory these target date funds were supposed to be suitable for investors near or in retirement.