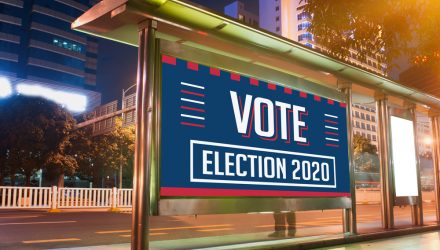 The significant positive shift in our fundamental Equity Model that I described in my previous article continues into October. The model’s 6-month outlook for the S&P 500 rose further, from Negative to now Neutral. The Economic component of the model has improved tremendously over the past two months and is now positive at 7% on strengthening in consumer sentiment and home sales. In addition, this month’s increase is explained by rising cash balances in investment accounts (see Market Outlook for details).

With the forecast moving to a range between -5% and 3%, the Equity Model has now shifted from Negative Fundamentals to Neutral Fundamentals (the middle vertical on the chart). This would dictate balanced positioning of our tactical portfolios – 60% stocks and 40% fixed income. However, our Short-Term Risk model continues to give a Sell signal. The two models work in concert: if the Risk model gives a Sell signal, we de-risk the portfolio completely. This is designed to reduce exposure to short-term market corrections. So, the Risk model must turn positive in order for us to get back into the market.

Here’s how I interpret the latest signals from our models. The fundamental Equity Model is suggesting a near-zero stock market return in six months. But a lot can happen in six months. The Short-Term Risk model indicates an elevated chance of short-term downside. The two models are not inconsistent: we could witness a short-term market correction in a matter of weeks, and then positive – even very strong – performance in six months.

Investors have focused recently only on stimulus negotiations. But a resurgence in COVID, flagging economic metrics, or shifts in the election chances could also trigger short-term volatility.

The Fed and Congress enacted three trillion dollars of stimulus earlier this year. Some of the money helped the unemployed and struggling businesses, and some went into stock trading and home buying, boosting those markets tremendously. Since the $600 weekly checks ended on Aug 31st, the S&P 500 has been flat. No wonder they all want more stimulus – the unemployed and wealthy investors alike. Negotiations between the Democrats and the GOP had been on-and-off but are now finally stalled. Treasury Secretary Mnuchin said yesterday that it will be “difficult” to agree before the election. As a result, the stimulus factor converged with the election factor.

It’s not clear how well the economy can “walk on its own” without stimulus. Some metrics suggest that the stimulus effect is wearing off – for example, weekly jobless claims jumped unexpectedly to 898,000:

Then, there’s the fear that COVID will rise this fall. While US deaths have been falling gradually since their August peak (see chart below), infections have risen in some areas. Of course, more testing in part drives the rise in cases, many of which have mild or no symptoms – but fear is still running high. Deaths lag cases by 2-3 weeks, and if they begin to rise, it could prompt renewed lockdown measures. Renewed restrictions were announced yesterday in Paris and other parts of Europe.

Will the Election Cause Volatility?

The elephant in the room is the upcoming presidential election. The two sides’ approaches to tax and economic policy might be the most diametrically opposite in decades. While we’re not political experts, let me outline the expected effect of each candidate on the market the way I see it.

Historical market performance shows that the S&P 500 rose by around 30% from Nov-2016 to Dec-2017 – first reflecting the effect of Donald Trump’s unexpected win, then his pro-growth policies, and finally his tax cut. Also, earnings are an important long-term market driver. Most of the S&P’s earnings rise in recent years occurred in 2018 due to the corporate tax cut (see chart above) – absent that, earnings rose only slightly from 2017.

On the other hand, the Democratic side has fiercely criticized the president’s drive to reopen the country, which suggests that they would likely reimpose some COVID-related restrictions. Regarding taxes, Joe Biden indicated that he would reverse President Trump’s tax cuts, and separately indicated that he would raise taxes on those earning over $400,000 a year. It’s not clear if the two are overlapping or separate. It suggests to me that they would reverse the 2017 corporate and individual tax cuts and in addition, would raise taxes on high earners. This is important for the stock market because high earners are investors. The Democratic side would also likely reverse the short-term capital gains tax from 21% back to the filer’s income-tax rate (the highest would be 39.6%) – also important to the market.

Clearly, President Trump has been a positive “factor” for the stock market, and Biden would be very negative.

Poll averages show Joe Biden leading President Trump by over 10%. So, we have an apparent contradiction between the market near its all-time high and a high chance of a Biden win. One explanation is that investors are completely ignoring polls because they are wrong. Most polls have inherent biases, depend heavily on sampling, and were very wrong in 2016. The Democracy Institute, which correctly predicted both the 2016 general election and Brexit, shows Trump slightly ahead.

But given the size of the gap, it still shocks me that the market has not reflected this high chance of Biden’s win. If such a wide gap persists as we approach November 3rd, investors might reflect it by selling stocks. If it narrows somewhat, investors might get more concerned about an undecided or “unprocessed” election. Both circumstances could cause short-term market downside leading into the election.

The outlook for the S&P 500 by our fundamentals-based statistical model improved again this month. On the back of economic Improvements over the past two months, the positive change this month was driven by rising cash balances in investment accounts. The outlook has now shifted to a Neutral range between -5% and 3%. However, our Short-Term Risk model remains in a Sell position, indicating elevated risk of short-term market downside, which dictates continued defensive allocation.

Some of the Equity Model’s most negative and positive factors are shown below in historical context (assuming their current weights). The S&P 500 Price-to-Book Ratio decreased to 3.87 but remains near its highest level since January 2001. The contribution of this factor rose to -12.6% on the model’s adjustments in factor weights, but still points to an overvalued market.

New Home Sales has shown tremendous strength over the past three months on historically low mortgage rates. The effect of this factor, at 16.9%, continues to be the most positive in the model.