You are at:Home»ETF Strategist Channel»This is Not a Time to Get More Bullish, says Richard Bernstein 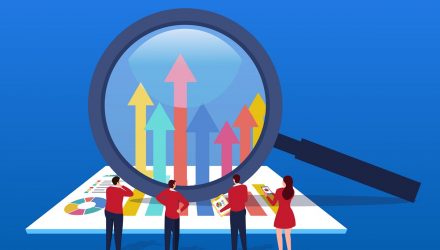 This is Not a Time to Get More Bullish, says Richard Bernstein

The market has been on a tremendous bull run, especially during the past couple of months.

One unique aspect of markets is that they are driven by the human emotions of fear and greed. Nobody wants to miss out on a bull market move higher, but investors simultaneously hesitate from fear, seeing how the move has already traveled so far without them.

As a result, they wait on the sidelines until suddenly the pain of missing out is overcome by to greed, causing investors to jump in with both feet, often at the top. This cycle is what drives markets higher and then allows them to come back to earth. As famous stock trader Jesse Livermore said, “Markets are never wrong – opinions often are.”

One expert feels that the current, often overlooked earnings recession could lead to a more substantial pullback.

“I would say we are incrementally cautious, and I don’t want to leave the impression that we are under our desks in the fetal position or anything like that, but you know, in our portfolio, where we have a benchmark for equities of about 50%, we were about 70 to 75% for many many years. We are now down to that benchmark weight of 50%. What’s interesting about that is that by moving from 75 to 50, everybody says, ‘oh you’re so bearish.’ I think that shows that people are actually becoming incrementally more bullish in this kind of late fees, momentum phase of the market,” said Richard Bernstein, who’s known for running investment strategy for Merrill Lynch, on CNBC.

One thing that makes this market particularly different than other markets is that we are at all-time highs as opposed to early in the stock market cycle, and yet are still experiencing a earnings recession, says Bernstein.

“I think the one thing that kind of people are missing out here is that earnings in the United States are still decelerating. I mean 2016, the trough in profit was the first quarter of 2016. So from that point forward you had accelerating earnings. Right now we still have decelerating earnings, and by our work we would argue that the first half of 2020 you could see a full blown profits recession. That’s very very different from what you saw in 2016, or even 2012 when it was a very early cycle environment,” he explained.

So how should investors position themselves given what’s likely to occur over the next year? Bernstein recommends a more conservative positioning.