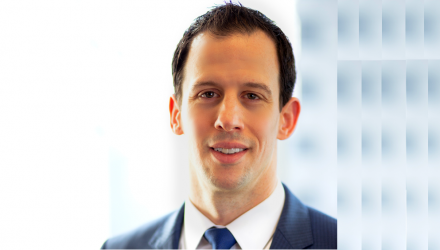 Meet a Strategist is a weekly feature where Evan Harp talks to different strategists about how their firms are responding to the current moment. This week, he sat down with Bryan Novak, partner, senior managing director, and portfolio manager with Astor Investment Management.

Bryan Novak: This one’s an interesting one, because I think this has been fluid throughout the year, but inflation seems to be the topic du jour. Everybody’s feeling it across all walks of life, socioeconomic positions, everybody’s feeling the inflation bug.

I think when it comes down to it, inflation costs rising generally — that’s going to be a topic that’s going to dominate the midterm elections, assuming nothing changes between now and then. Now as the Fed start to react to what inflation is doing and then that starts impacting the market, now the market starts to keep clients up at night too. So now you start to have this pile-on effect, and I think that that becomes a self-fulfilling prophecy in terms of sentiment, which has gotten really poor. There’s a lot of bearishness out there right now, but I think it all stems from inflation causing concern, the Fed fighting inflation, the market reacting to that, and here you go, you’ve got the dynamics at work that’s keeping clients up at night. That seems to be the dominant theme right now.

Evan Harp: Do you have any recent changes in allocations?

Bryan Novak: We do. The way that we approach asset allocations is from a very macro, high level. We’re trying to pick up on what’s actually driving the economy. There’s a myriad of data points that come out on a weekly, monthly basis, but it all sort of distills up to a couple of key inputs — national ISM averages, employment, looking at those major things, the trend to those tends to be commensurate with what the trend in risk assets is doing, at least that’s our theme, right?

We haven’t gotten to a point where there’s layoffs happening. In fact, the labor market’s pretty strong. So that trend has been very good. But what we’ve been picking up on is that there has been a moderation which is — it sounds weird to say 400,000 jobs adding as moderation, but considering what we’ve done, it has been. Then on top of that, you see the output ISMs in manufacturing and within service sector, those have been moderating at a pretty good clip. Seems to be accelerating the last quarter.

Bringing that all back home, our model responds to changes, not necessarily absolute levels. So we’ve picked up on moderation in those, and as those go back to… let’s call it the zero line. When we get there, our portfolio moves from a higher allocation more towards a balanced allocation. We’ve taken off in our core dynamic allocation strategy approximately 40% equity throughout the year, our sector allocation strategy has taken off about 35% as well. So we’ve taken off a pretty decent amount of equity, and not just recently either. It’s been pretty consistent throughout the year to get to a much more sanguine portfolio against risk assets.

Evan Harp: What do you think of the market right now?

Bryan Novak: I think one word for it is “sour.” It’s not a term I like to throw around in the financial side. But yeah, the sentiment is very sour, and we’re going to have to find a catalyst that puts an emphasis toward moving forward and getting this market going back. Unfortunately, the storm clouds are here, the winds are blowing, and it’s going to take a little bit of time for this to continue to push through, Doesn’t mean the market has to add substantial losses, although indications are it will, I think what we’re going to need to do is get to a point where we have some visibility out into next year, because the forecasts for growth for next year are pretty sour right now, again, to use that term. I don’t think we’re going get much help from interest rates that we’ve been used to over the last decade or so. But if we can get some things to stabilize, have some certainty in rates, then next year’s forecast can start to stabilize as well. I think that’s what will be the thing that moves things forward and gets people to start looking at the other side, if you will.

Evan Harp: Are there any ETFs you want to highlight?

Bryan Novak: We talk more around market segments. As I mentioned, we’ve been reducing equity, and a lot of that’s gone into fixed income. We spent a lot of time thinking about that side of the market, that side of the asset allocation coin. We do have an income strategy that focuses on that as well. It’s more dynamic, tactical, and we’ve been very short duration in the fixed income market segment, especially in the investment-grade/high-quality area, because those are much more rate-sensitive, and those are the areas that have driven the largest losses on the fixed income market. So we’ve been pretty short duration, we do like loans, senior loans, CLOs. It’s been one of our bigger choices lately as we look for shorter duration. We still think that the markets are okay. Credit markets have gotten a little stressed, but we think that’s an area that that should continue to outperform other market segments, at least in the coming months of the quarter.

Bryan Novak: We’ve been doing this for a couple of decades now, especially utilizing ETFs in our asset allocation models. We’re very macro focus on what we do. We use a lot of quantitative inputs, but they come from a thought process and thesis in terms of what makes the market tick, right? What actually drives the direction?

While you look at economics and you look at macro things and you’re like, “Okay, jobs. Started losing jobs after the market picks up on it.” But if you look at trends, as I was mentioning before, coming back to this theme, you can pick up on a sort of moderation first. Before you really start to see the damage being done, some moderation occurs before the negative trends happen, informing a more balanced approach rather than too much risk, so we try to look at things from more of a dynamic world, and levels don’t matter as much as direction.

If we can pick up on these moderations and we can pick up on the direction, we take our theory and we quantitatively apply it to the portfolio. And what does that mean? That just means we dictate the beta that we put in our portfolio, and that drives directly from the macro input. We’ve been doing this for a while. There’s a lot of folks that look at macro inputs, but we think the way that we slice and dice the world, if you will measure it and then use that to apply it to an actual asset allocation or beta target, that really differentiates us from what other folks are doing even in the space where people focus on macro.