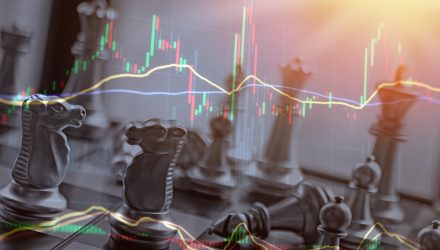 This Update focuses on how various Markets discount information, as well as current investor sentiment and what that might imply in the short-term.  We also discuss portfolio management strategy.

The last few weeks have been all negative for the markets.  Through Friday’s close, the S&P 500 is down almost -14.5% from the August relative high and very close to its low for the year. In just the last week, all but one day (Monday), were down at least -0.80%, with two of those days being “outlier” days (a trading day beyond +/-1.50%).  According to the media, this all comes as a reaction the Fed’s “hawkish” action, on top of high inflation.

Markets have a tendency to take extreme measures in discounting the news cycle.  Financial markets tend to bottom when the news is at its worst, well before things appear to get to better.  That’s not to say that we have now seen a market bottom, but it is to say that markets tend to do the opposite of what is expected.  In other words, it would be a bad decision to throw in the towel after a rapid decline.  A crazy downward move can be followed by an equally crazy upward one.  Do not fight crazy, because crazy does not quit.

A good example of information being discounted quickly can be seen outside of the financial markets.  Look at the world of sports gambling, like this past weekend.  We are located in the suburbs of Indianapolis.  As much as we love the Colts, the first 2 weeks of the NFL season had been rough, and many fans were ready to throw in the towel, particularly since the Colts would be facing the Super Bowl contending Kansas City Chiefs.

The betting line for the game opened at Chiefs -6.5 points (meaning the Chiefs would be favored to win by 6.5 points).  I think many people saw this line and thought it was a “no brainer” in favor of the Chiefs.  After all, the Colts had already tied arguably one of the worst teams in the league and got shutout by Jacksonville.  Things were looking grim for the Colts and had most fans believing they would lose by much more than just a touchdown.

Yet, as game time approached, the betting line kept moving in the Colts favor, with the Chiefs only being favored by 4.5 points at kickoff, even as the sentiment surrounding the Colts did not appear to be improving.  How is this possible?  As a Colts fan, I would think that the Chiefs would blow them out, yet as time moved forward, the spread moved closer towards the Colts.

As it turns out, Vegas can discount a lot of information quickly.  Vegas, after all, is like a market.  If more and more gamblers start to favor one side of the bet, or new information becomes available, Vegas will move the line of the game.  One of their goals is to have equilibrium on the bet– they want 50% of gamblers to bet Chiefs and 50% to bet the Colts.  That way, given the payouts (which is usually less than 1:1), the house always wins.  Apparently, gamblers must have favored the Colts and put more money on them to cover the spread, or perhaps new data became available to move the line on the game.  As a result, the line kept moving in the Colt’s favor.

As Colts fans, our level of pessimism was at a high.  Through two weeks, things had not looked good, and many fans did not feel that they were going to get any better.  But, just like the tie and loss to start the season were crazy and unexpected, and Colts pessimism was on the rise, the Colts turn around and do something else crazy, by beating one of the best teams in the league.

One good indicator of how investors are feeling comes from the American Association of Individual Investors, who survey individual investors on where they think the market is going in the next six months.  The AAII has been conducting this survey weekly since 1987.  The Sentiment Survey is a contrarian indicator.  It has found that unusually low levels of optimism have led to higher-than-average returns, while high levels of optimism have led to lower returns.  This coincides with the fact that investors typically feel the worst at market bottoms, and the best nearest market peaks.  The latest survey, from 9/22/2022 showed that only 17% of investors were bullish, while 60% were bearish.  That is the lowest percentage bullish and highest percentage bearish for the year. 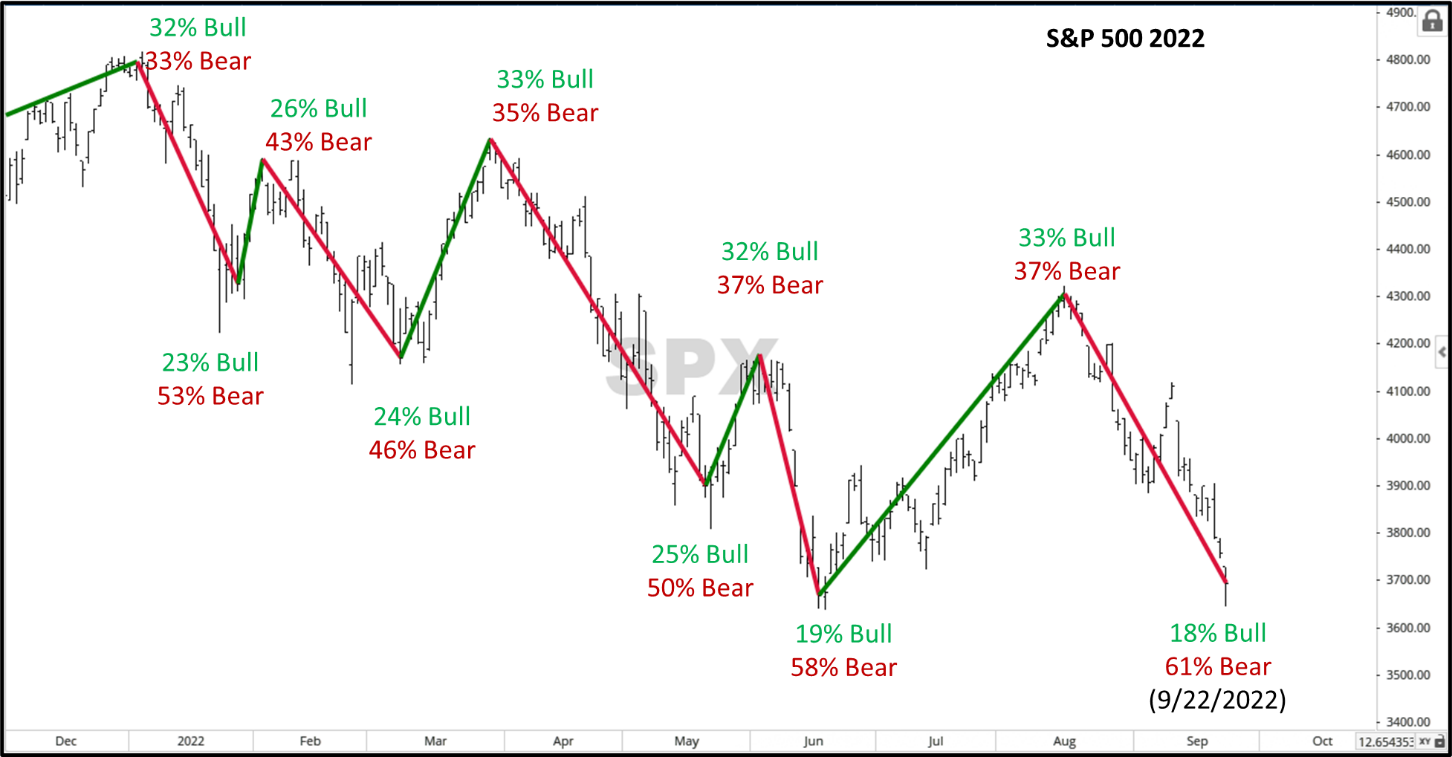 The last sentiment survey results were published on 9/22/2022 (last Thursday).  I am unsure when the results were put in, but they were presumable prior to Thursday’s decline, and also prior to Friday’s larger drop.  Market sentiment has probably become more bearish following those movements.

The survey’s record does note that low levels of optimism have yielded better results than high levels of pessimism historically.  Even so, the 17.73% of bullish investors is ranked in the bottom twenty for percent of investors bullish.  If you would like to read more about the investor sentiment survey, a description can be found here.

Make no mistake about it, this is a bear market.  But do not get hung up in the news.  The news will look its worst after the market has already bottomed.  Right now, for the short-term, this market is oversold.  We have said before that a market can continue to be oversold, but it does increase the probability of a bear market rally.

Keep in mind that bearish investors are already in cash.  The “flight to safety” has not been to bonds, nor has it recently been to commodities.  The flight to safety has been to cash.  There are not many people left to sell and there is a lot of cash on the sidelines.

So, as an investor, one trap you must avoid is having more exposure to the market’s decline and less exposure during the following rally.  Limiting your declines allows your portfolio to take a larger position in equities during “kickback” rallies.  As the market becomes overbought, after a rally, an adaptive portfolio can shift back to being more defensive.  This is called “ratcheting” the portfolio by allowing market fluctuations and volatility to work for you, rather than against you.

Eventually, this bear market will end and a new bullish one will begin.  When that occurs, a portfolio that has ratcheted through the bear market, will be in a better position to compound in the long-term.  An adaptive portfolio should have less volatility than the markets and come off of a bigger base value during the market’s rallies.