You are at:Home»ETF Strategist Channel»Is the Age of Illusion Coming to an End? 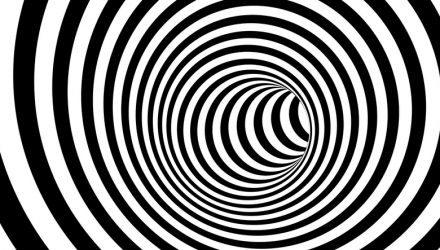 Is the Age of Illusion Coming to an End?

Two weeks ago, Jamie Dimon, the CEO of JP Morgan, said, “So, we have taken liquidity out of certain products. And it won’t hurt you very much in good times. Watch out when times get bad and people are getting stressed a little bit.”

He was referring to changes in banking regulations after the 2008 financial crisis that, by tightening up lending requirements, reduced the ability of large banks to offer liquidity to the markets. Though the legislators’ intent was reasonable, they removed a historical shock absorber from the financial system and increased the potential for market dislocations.

Dimon’s comments appear well timed. Over the past week, the difference between the rate at which banks charge each other for overnight cash versus what they can get from the Federal Reserve has spiked. Over the last ten years, banks have charged each other at a slightly lower rate (0.1% to 0.2%) for overnight cash needs than the Federal Reserve does. That changed last week as banks became less likely (i.e., as they charged more) to lend to each other. Despite much speculation about this phenomenon, no one really knows why it is happening.

What we do know is the rate differential between what banks are charging each other and the interest paid on overnight reserves at the Fed is something of a bellwether measure of the global financial system’s liquidity. The spike last week shown in the figure below means some banks found little liquidity available to them. This is odd because banks are carrying more than $1.3 trillion in excess reserves. In other words, there appears to be ample liquidity.

Why has this not caused significant fear outside of the overnight money market?  You can thank the Federal Reserve. For the past ten days (and counting), they have been pushing cash into the banking system to calm the markets. This is the first time the Federal Reserve has had to do this since the financial crisis. The chart below shows the timing and magnitude of these cash injections. You only see movement this year—with the Fed coming into the market with full force only in the last two weeks, adding anywhere from $50 billion to $100 billion per day in cash—because the prior nine years were all zero. That’s a lot of new grease for an economic machine that appears to be healthy. The significance to us is that banks are increasingly thirsty for more liquidity, and also that the liquidity squeeze appears to be getting worse.

It’s unclear if we’re seeing the result of a technical glitch caused by regulations or a sign of something breaking within the financial system. Even former members of the Federal Reserve are not sure, which only adds to our concern.

Switching gears for a minute; if you haven’t read Bad Blood by John Carreyrou, about his investigation into the health technology company Theranos, you should. He is credited with bringing to light the full extent of the fraud that Theranos—once valued at $10 billion—perpetrated in the blood analysis industry.

We bring it up because it’s a cautionary tale that might serve us well as we read about another so-called tech unicorn now making headlines. WeWork, of course, is not actually a tech company. It is a real estate company that rents out small office space. It has grabbed headlines for its impressive growth and its equally impressive annual losses. The firm has become the largest renter of office space in New York, Chicago, Denver, and London. That growth is the principal reason WeWork reached a $47 billion valuation in the private market in 2018. Not so long ago, investment banks speculated the firm, once it went public, could reach a $100 billion valuation. However, as it started the initial public offering process and prospective investors learned more about the internal workings of WeWork and its founder’s self-dealing, the company halted the process. No one was willing to invest, even at a valuation of $15 billion.

This is an example of how low interest rates and investors’ hunger for growth opportunities can result in inflated prices for private assets. Though that may be changing as they are being viewed with more caution recently. Although IPOs were very strong in 2017 and 2018, with investors yearning for tech unicorns, we are now seeing companies coming under greater scrutiny as some are not even able to make it public.

WeWork was so egregiously overvalued it might seem to be an isolated case (not so much a unicorn as a drunk hippo with a traffic cone on its head). It’s not. It’s just extreme. And when you add private market overvaluation and new investor scrutiny to the liquidity concerns we mentioned above, as well as the frozen mutual funds in Europe that we discussed a few months back and the dramatic fall in exports from Asia, well, it might be suggesting something more.

Some signals detected by the Auour Regime Model—our risk detection algorithm—which look at the interaction between disparate markets are finding local trouble spots syncing up around the globe. When that happens, we get increasingly worried extremes have built up to a point of instability.  Once investors believe the instability is more the norm, it tends to build on itself with a high probability that panic sets in (as it would for the hippo that wakes up wondering how it ended up on a plane to Rio).