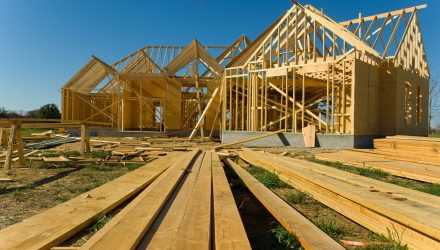 As Millenials, the generation born from roughly 1981-1996, look to purchase homes in larger numbers, now it seems homebuilders aren’t building enough homes for the incoming demand.

While the majority of both single- and multifamily home construction is in millennial-dense counties, it actually trails the remainder of the United States in terms of meeting demand. Millennial counties are defined as geographic areas where at least 25% of the population consists of this demographic group, account for 62% of the entire U.S. population. Nevertheless, they account for just 59% of single-family homebuilding, according to the National Association of Home Builders’ Home Building Geography Index, or HBGI.

“On the surface, these numbers look similar, but you would expect the single-family construction share to be higher in millennial intensive areas, which tend to feature greater amounts of household formation and population growth that require additional housing,” said NAHB Chief Economist Robert Dietz.

Much of the problem is a result of elevated costs for land, labor and regulatory compliance. It takes much longer to build homes now because of the immediate labor shortage in the construction industry as well.

Multifamily construction in millennial counties, which represents 80% of all apartment activity nationwide, is slowly increasing in pace, but is still slower than the national rate.

The dearth of homes for sale is most dramatic on the lower end of the market, where millennial demand is highest. That has caused home prices to inflate, sometimes dramatically, in that category, while prices are actually stagnating in the move-up and luxury markets.

For the general homebuilder market however, there is still reason to be optimistic.

For investors interested in using ETFs to participate in the home-builder market, the SPDR S&P Homebuilders ETF (NYSEArca: XHB), which is up 40.56% year-to-date, is among 2019’s best-performing non-leveraged ETFs.