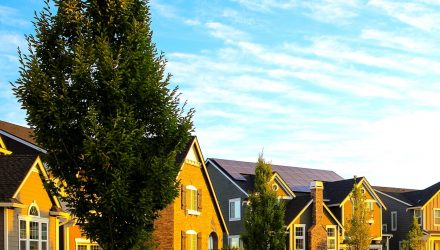 While home prices are still at lofty levels, boxing out a plethora of would-be buyers, some the lowest mortgage interest rates in years are catalyzing a surge in refinance activity.

After reaching an 18-year low at the end of 2018, refinance lending has nearly doubled over the past three quarters, according to Black Knight. In the third quarter of this year, refinance volume climbed 132% annually to its highest level in nearly three years.

A good part of the refinancing in the third quarter of this year was completed by borrowers looking to better their interest rate or the term on their current mortgage. But an increasing number of borrowers are now pulling money out of their homes as well, incentivized by the low  interest rates.

Cash-out refinances were buoyed 24% since the last quarter of 2018, composing more than 50% of all refinances. Homeowners withdrew a total of $36 billion in home equity, the highest amount in nearly 12 years.

What’s interesting is that such withdrawals occurred although the tappable equity, or amount available to borrowers while still retaining 20% equity in the home, dropped slightly, down 1% from the all-time high in the second quarter.

“Given that tappable equity continues to grow – $6.2 trillion as of Q3 2019 – and the continued headwinds facing the HELOC (home equity line of credit) market, this is a segment lenders and servicers may likely focus on in coming months,” said Ben Graboske, president of Black Knight Data and Analytics. “Any upward movement in rates would likely only drive the cash-out share of lending higher.”

Recent borrowers, who generated their mortgages in 2018, and whose newer loans had much higher balances, with interest rates that were about a full percentage point higher then than they are today, comprised a growing share of refinances this year. These new borrowers accounted for 20% in the first two quarters of this year, but then quickly popped to constitute one third of refinance originations in the third quarter.