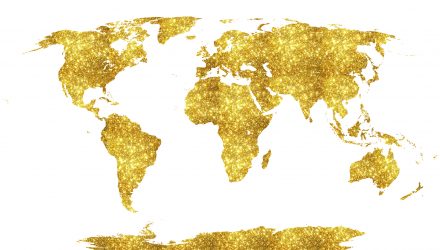 Has Goldilocks Returned to the World Economy?

Has Goldilocks returned to the world economy? It certainly seems as though she is present here in the United States. Inflation is low to non-existent, we’re at full employment, growth is moderate if not steady, and housing markets remain robust.

Lastly, it would appear the Federal Reserve is closer to an interest rate cut rather than a hike, and the end of their balance sheet unwind is nigh. Goldilocks indeed.

A glance at the accompanying charts on this page would suggest that perhaps the economy has hit a pause and that conditions aren’t necessarily improving. While that may be the case, current conditions are consistent with continued economic expansion over the next 12-18 months. Despite all the rhetoric surrounding the flattening yield curve (and indeed the 3mo – 10yr spread did invert), the odds for a near-term recession appear low.

While Q418 GDP growth settled in at +2.2%, the Unemployment Rate for February dropped to 3.8% from 4.0% despite a rise in nonfarm payrolls of only 20k, far below estimates for a gain of 180k. The Labor Force Participation Rate held steady at 63.2% while Average Hourly Earnings ticked up by +0.4% MoM and are now up +3.4% YoY. The Underemployment Rate dropped from 8.1% to 7.3%, another sign of a healthy job market.

The spring selling season in housing is upon us and there are numerous signs that formerly hot urban markets (NYC, Washington, Boston) have cooled while demand for entry-level and lower end housing remains robust.

Six months ago the odds for a near-term interest rate hike were close to 90%. Today, the odds for a hike are 0% while the futures market is pricing in a 50% probability of a cut by September. This sea-change in the market’s perception of likely Fed policy has been a big catalyst for risk markets here in the U.S. and around the world.

U.S. equities finished the month in positive territory, with the benchmark S&P 500 Index returning +1.94%. Small- and Mid-Caps, as measured by the S&P 600 and 400 indices gave back some of February’s gains, losing -3.33% and -0.57%, respectively. With the first quarter in the books, the S&P 500 is now up +13.65% for the year, it’s best quarterly performance since 2009. With the S&P 500 closing price of 2,834, we start the month of April effectively where we left off back in August of 2018. Mid-Caps have gained +14.49%, while the more economically sensitive Small-Caps are up +11.61% YTD. For investors who stayed the course through the fourth quarter volatility, their portfolios would largely be unchanged.

From a sector standpoint, Real Estate and Technology led the way up +4.92% and +4.83%, respectively, handily outperforming the broader benchmark. Defensive sectors such as Utilities (+2.89%) and Consumer Staples (+4.09%) also caught a bid thanks to the plummeting yields on U.S. Treasuries. For reference, the 10-year U.S. Treasury closing yield was 2.41% at the end of March, down 35bps from the beginning of the month. Over the past year, defensive sectors have proven to be the best performers with Real Estate up +21.00% and Utilities +19.33% higher. Cyclical sectors such as Financials and Industrials were the worst performers in March thanks to the drop off in bond yields, a more dovish than expected Federal Open Market Committee (FOMC) statement, and more “muddle through” economic data. Financials lost -2.61%, while Industrials gave back -1.14%.

Growth stocks resumed their lead over Value stocks during the month, with the S&P 500 Growth Index gaining +2.73%, more than double the S&P 500 Value’s +1.06% gain. For the year, Growth stocks lead by a decent margin, up +14.95% versus Value’s +12.19%. Looked at through a wider lens, Growth has outperformed Value by nearly +700bps over the past year. From a factor standpoint, Momentum, as measured by the S&P 500 Momentum Index, has gained +16.61% YTD, adding alpha above the benchmark. Interestingly, last year’s best performing and momentum driven sector (Healthcare) is now this year’s worst performer. Healthcare stocks have gained only +6.59% this year, lagging the overall market by more than 700bps, amidst heavy political and legislative risks heading into the 2020 election.

International equities posted another month of positive gains, with Developed International and Emerging Markets equities adding to their YTD gains. Developed markets (MSCI EAFE) returned +0.72% on the month, while their Emerging (MSCI EM) brethren returned +0.83%. Continued hopes for a U.S./China trade deal have helped buoy international equities as a whole; however, international economic data remains considerably weaker than that in the United States. Developed equities finished the quarter up +10.13%, while Emerging Markets gained +9.90%. Strong relative economic data has kept the U.S. Dollar at elevated levels and conversely caused many international currencies to weaken, detracting from performance (from a U.S. investor’s perspective in USD). Looking forward, a rebound in Chinese or European data could reverse the tide that has kept the U.S. Dollar near recent highs.

From a regional perspective, U.K. equities, as measured by the FTSE 100 Index, gained +3.29% on the month in local currency, but remain a risky bet after yet another round of failed Brexit negotiations. With only days remaining until the next deadline, it remains to be seen how the Brexit saga will end. A positive resolution is no guarantee – even a pledge from PM May to resign didn’t tip the scales in either direction.

Turning to the broader Eurozone, the MSCI EMU Index returned +1.36% in EUR terms during the period as the ECB unexpectedly did a U-Turn on monetary policy, announcing a targeted long-term refinancing operation (TLTRO for short) to commence later this year. The ECB also downgraded its 2019 GDP forecast from +1.9% to 1.3%. Eurozone economic data remains anemic at best, with the Eurozone’s German workhorse recording a shocking drop in its Purchasing Managers Index (PMI) to 44 in February. Readings below 50 signal contraction. Additionally, looking at the data as a whole, the Citi Eurozone Economic Surprise Index recorded a reading of -61 at month end, near record lows (readings below 0 indicate economic data releases being worse than expected).

From a sector standpoint, Real Estate led the way, gaining +5.22% on the month, while Financials were the worst performer, returning -2.08%. Like in the U.S., Real Estate and Technology remain the top performers, up +14.58% and +14.57% respectively on the year.

Yield curve inversion fears have increased since March 22nd, when the 10-year Treasury yield fell below that of the 3-month Treasury Bill yield. We have had a minor inversion, or a “kink” in the yield curve for some time now, with the 2-year through 5-year Treasury yields below those of shorter maturities. The general interpretation was that the market expected a Federal Reserve rate cut during that time frame, rather than predict a recession. The 10-year Treasury yield falling below the 3-month or 2-year Treasury yield presents a more troubling situation. A transitory inversion need not set off alarm bells. A sustained inversion would be more concerning. Traditionally, if the inversion lasts for a 3-month period, the table has been set for a recession. Not immediately, but typically one could be expected in the following two years. This is something we will continue to track.

Global central banks have been spooked by recent market volatility and economic data. The European Central Bank pushed out expectations for an interest rate increase into 2020, which would mean that Mario Draghi would complete his nine year term without ever implementing a rate hike. German 10-year yields have gone negative for the first time since 2016. According to TradeWeb, almost 47% of Euro area government bonds have sub-zero yields, and the global amount of bonds with negative yields has surpassed $10 Trillion.

The Fed’s most recent guidance continued to downplay any thought of raising rates, with the dot plot chart showing rates on hold for the balance of 2019. The Fed also announced an early end to their balance sheet roll off.

In the month of March, investment grade corporate bonds were the best performer, as spreads tightened for the third consecutive month. High Yield bonds had a positive return, but faced a headwind of wider spreads, giving back some of the performance recouped during Jan and Feb. The Government, US, and Global Agg indices have lagged a bit YTD, but turned in strong performance for the month of March due to their duration, making them a beneficiary of declining interest rates.

Alternative investments zigged and zagged in March as a confluence of weak global economic data, falling interest rates, and international geopolitics drove price action. Plummeting yields on U.S. Treasuries gave defensive sectors such as Real Estate a bid, as the 10-year U.S. Treasury closed the month yielding 2.41%, down 35bps from the beginning of the month. REITs, as measured by the FTSE NAREIT All REIT Index gained +3.6% on the month. Rising interest rates and stronger relative economic data compared to the rest of the world (i.e. Europe, Germany) likely caused the U.S. Dollar to catch a bid, with the DXY Index gaining +1.2% on the month. A stronger Dollar was a headwind for Gold prices, with the shiny metal losing -1.6% on the month to close at $1,292/oz. Gold has historically been a strong diversifier of risk within an asset allocation strategy and has largely been held back in 2019 by a global equity rebound, strong U.S. Dollar, and falling volatility. Should these trends reverse, Gold could catch a bid once again.

Volatility, as measured by the CBOE VIX Index, fell sharply in March. The VIX index, widely regarded as the “fear gauge” fell -7.24% to close at 13.71. The VIX has collapsed -46.07% YTD, and -31.35% over the past year after spiking to an intraday high of 36.20 during Q4. With Volatility remaining subdued it’s worth noting that the past two years have been largely periods of below average volatility, highlighting complacency and dependence on central bank policies, as noted by the abrupt market selloff in Q4 when the Fed was on “autopilot.”

On the commodities front, the Bloomberg Commodities Index lost -0.4% in March but remains up +5.7% on the year along with other risk assets. West Texas Intermediate (WTI) crude oil gained +5.1% on the month to close over $60/barrel, it’s first monthly close over that psychological threshold since October 2018. WTI prices remain well off their June 2018 monthly closing high of $73/barrel, but in line with their 18-month monthly closing average of $62/barrel. It should be noted that WTI prices are up nearly $15/barrel, or +32.4% year to date; however, a closer look shows that WTI prices fell -38.0% in Q4 2018, highlighting the volatility in prices.

From a Hedge Fund strategy standpoint, half of the strategies tracked posted positive returns on the month, with even the best performing strategy (Macro, +1.32%) underperforming the S&P 500. On a year to date basis, 8 of 10 strategies have posted positive returns, with U.S. Equity Hedge leading the pack up +6.01%, and Merger Arbitrage bringing up the rear having lost -1.74% on average in 2019.