You are at:Home»ETF Strategist Channel»Good News: Trump, Xi and the Fed Declare Truce on Trade and Rates 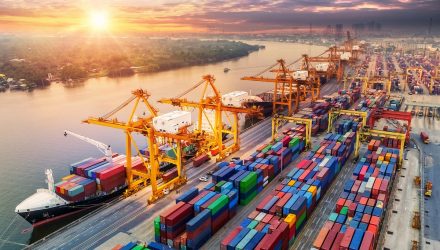 Good News: Trump, Xi and the Fed Declare Truce on Trade and Rates

Over the past week, the world’s three most powerful people delivered an early Christmas gift to investors. Given that last week’s events – dovish comments from the Fed and a trade truce – were counter to the pessimistic narrative that caused global stocks to drop over the last two months, one could be forgiven for feeling somewhat whiplashed.

For Example: On October 3rd Federal Reserve Chairman Jay Powell said, “We’re a long way from neutral on interest rates”. Last week, after one more ¼ point rise, Powell said rates are “just below neutral”. The result was a 3.5% rise in the MSCI World stock index last week. Then, following Saturday night’s dinner at the G20 meeting in Argentina, the US and China announced a trade deal/truce which President Trump described to reporters on the plane home as “…an incredible deal…if it happens…one of the largest deals ever made”.  US stock futures are up a further 1.5% as we write this.

If the stock market’s enthusiasm for the new dovish tone by Powell, Trump and Xi is sustained, then we likely saw the lows for this year in early November, which were confirmed again during the week of Thanksgiving. Our judgment is that the global stock index will now return to the trading range that applied from March through September (see upper trading range in the chart below). Investors will then gauge the seriousness of China’s apparent offer to lower the bi-lateral trade deficit with the US and open its economy to greater US access.

Past performance is no guarantee of future results. Not indicative of RiverFront performance. You cannot invest directly in an index.

Pragmatic Bluster: We have argued in the past that to achieve real trade progress, the US would need to pursue an unconventional negotiation approach (see Weekly View, 8/6/18). President Trump has pursued just such an approach by the effective use of both ‘carrot-and-stick’. One of the takeaways from watching these negotiations is that President Trump will use the unconventional approach until either he gets what he wants, or the financial markets tell him to wrap it up. For investors that worry about this Administration’s unpredictability on trade, we have just been reminded that there is pragmatism behind the bluster.