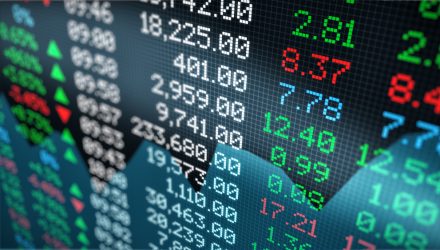 Get Out of My Index

So far this year, we have written extensively about avoiding “zombie” industries while investing in this COVID-19 economy. The ETF Think Tank has also explored two more types of companies:

The concept of overweighting the characteristics of a business within an index to enhance performance is prevalent across almost all non-traditional or smart beta approaches. However, in the past few years, we have seen a trend towards exclusions; these are ETFs that seek increased risk and reward by removing companies from the index.

As we scoured our ETF Security Master for ETFs that focus on exclusions, we discovered five common trends:

Below, we explore these five trends and the impact exclusions have had on performance.

ESG ETFs provide one of the clearest examples of the power of exclusion. That said, the ESG universe of ETFs is quite complicated, with over 70 funds and over $30 billion in assets. Most ESG ETFs include some form of a negative screen to avoid bad actors. Most also include some form of positive screen to overweight good actors. We focused on a very clear example of exclusion with the Xtrackers S&P 500 ESG ETF (SNPE), which starts with S&P 500 and screens out companies with poor ESG scores. The process ends up excluding about 200 companies, but since the index seeks to match the sector weights of the S&P 500, the attribution is based on companies instead of industries.

The results have been pretty powerful this year, more than doubling the returns of the S&P 500 by excluding companies like Phillip Morris and Honeywell.

Exorcised from the Fund

The religious category is very interesting due to its many similarities and contradictions to broad ESG, specifically when it comes to LGBT rights. There are less than dozen ETFs to choose from and most are focused on Christian or Islamic values. There are two standouts that focus on exclusions:

Both of these funds begin with S&P 500, then seek to exclude companies that are aligned with the stated religious values. CATH excludes about 40 companies where as SPUS excludes over 300. Out of the 179 companies in SPUS, 162 are also in CATH. So although they agree on many things, by position weight, these funds are only about 50% similar.

This next category is interesting because it represents the other side of active investing. Many investors have benefited from investing in innovation and stock picking through active managers like ARK and Davis. ARK specifically looks for companies that innovate and have exponential growth paths. The GraniteShares XOUT U.S. Large Cap ETF (XOUT) seeks to avoid companies subject to obsolescence from innovation. Rather than picking the winners, XOUT seeks to exclude the losers. It begins with the 500 largest US companies, and excludes about 280 companies based on multiple screens.

This next category is a more traditional approach to index enhancement through exclusion. Columbia Threadneedle has used their internal research to devise two ETFs that exclude companies based on the ratings of their internal analyst.

The process is described below:

The Beta Advantage® Research Enhanced U.S. Equity Index (the Index) aims to achieve stronger total return than the Russell 1000® Index through a rules-based strategic beta approach. The Index methodology leverages the results of Columbia Threadneedle Investments proprietary equity quantitative investment models to rate each company2 within the Russell 1000® Index based on quality, value and catalyst factors, and selects securities that are favorably rated. It is market cap-weighted and sector-neutral to the Russell 1000® Index.

Get the Government Out

This last exclusion we have written about before, which avoids ETFs with a high level of government ownership, also known as State Owned Enterprises (SOE). This is the most obvious exclusion, since the State’s interests are rarely aligned with shareholders’ interests. The clear innovator here is WisdomTree with WisdomTree Emerging Markets ex-State-Owned Enterprises Fund (XSOE), which was designed to exclude companies with more than 20% State ownership. We noted in a previous article that the ETFs focused on the internet and the consumers in the emerging market space, like KEMQ & EMQQ, had even less SOE exposure.

As ETF investing evolves, more trends and innovations emerge. The concept of exclusion to enhance returns is not new, but the multiple applications are now evident. As the chart below illuminates, at least thus far in 2020, exclusions can be powerful return enhancers.