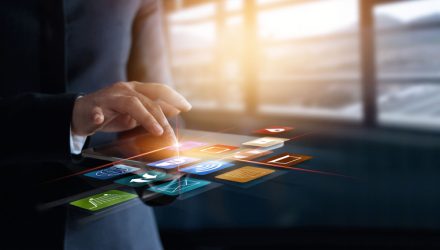 Fidelity: There are No Free Lunches

This week, Fidelity announced the filing of two index based mutual funds with a “ZERO” management fee.

Not surprisingly, this sent shock waves throughout the ETF world causing shares companies like Blackrock, Invesco and Wisdomtree to drop about 5%. It also negatively impacted TETFindex with a decline of about 1.5%. 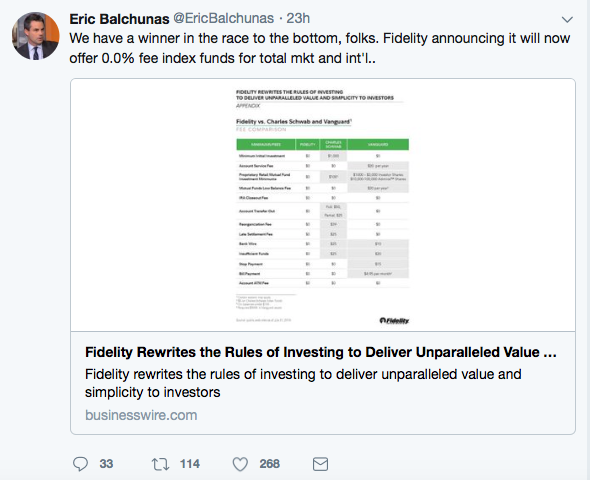 Wait, there are No Free Lunches

The Toroso ETF Thinktank Team decided to delve into the 184 page filing and read the 83,600 word prospectus to determine just how free are these funds? Also the obvious and nagging question: “Why a mutual fund instead of an ETF?” What we found was the answer to both questions was the same.

So, let’s begin with the materiality of this filing: Charles Schwab (SCHB) and Blackrock (ITOT) already offer total market exposure for 0.03% in an ETF wrapper. Is 0.00% really that much better, especially when offered in the less tax efficient vehicle of the mutual fund? Also, there is already an ETF that chargers zero management fee from Cambria (GAA) that does include about 0.30% of operational cost. Meb Faber and Cambria team forgo they management fee in exchange for collecting fees from affiliated products and Securities Lending. So this is the first place we looked for Fidelity’s motives.

Security lending is a common practice in the investing world where a fund manager lends securities to other institutions for shorting purposes. The fund usually receives a hefty fee for this lending that is often split between the fund shareholders and the management company. With Fidelity it appears they don’t exclude the management company from participating in fees, but the prospectus excerpt below implies that the fund will retain the fees: