You are at:Home»ETF Strategist Channel»The Fed, the Phillips Curve and Full Employment 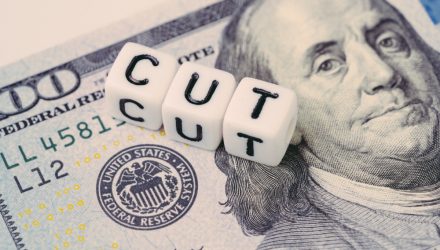 The Fed, the Phillips Curve and Full Employment

The United States economy and macro-economic science are evolving to a critical point that seems destined to change how monetary policy makers view their role and execute on their mandates. At the center of it all is the Phillips curve. The Phillips curve, which has fairly accurately predicted the relationship between employment and prices is on its way out as a policy tool, thanks to the longest economic expansion in U.S. history. This expansion now boasts the tightest labor market on record without the higher inflation called for by the Phillips curve.

The Phillips curve comes from W.H. Phillips’ study of the correlation of employment and inflation, which studied data in the U.K. from 1861 to 1957. The work was a major milestone for the dismal science. While widely accepted as a powerful policy tool, it has been challenged over the years by the likes of Milton Friedman and others. Today, the U.S. jobs expansion which has produced positive results since Q4-2010, is providing a hard data challenge to long established orthodoxy. Unemployment has plummeted by every conceivable measurement. Job openings in the U.S. far exceed the number of unemployed, yet the expansion continues without any measurable amount of systemic inflation.

It is hard to blame the Fed for sticking to the Phillips curve orthodoxy like it did through the end of 2018. After all, this was accepted economic science. The U.S. had reached full employment and it seemed logical that inflation would pick up. What surprises many Fed watchers now, is that just six months later the Fed itself seems poised to abandon the Phillips curve mentality in response to data that strongly indicates, things are different today. Inflation simply did not pick up even as the U.S. has maintained full employment for an extended period. Further, while the fed was becoming “less loose” by accelerating balance sheet runoff and raising the Fed Funds rate, U.S. Financial markets signaled further “less loose” moves by the Fed were unwarranted.

To be sure, the landmark Phillips study was done and subsequently followed, during a period of more insulated national economies. Today, central bank policies from the U.K., ECB, China, Japan and others can have a significant impact on inflation dynamics here in the United States. Measures of inflation by a consumer-oriented price index, sovereign break-evens, or the market price of a precious metal are now taking a back seat to measurements taken by the value of a currency relative to its competitors.

The relentless rise of the U.S. Dollar relative to other currencies, has now garnered the attention of the Fed as it carries out the price stability half of its dual mandate. The rising value of a currency displays a lack of inflation. It now appears the Fed is poised to cut rates in an attempt to lower the US dollar.

This article was contributed by:

This presentation has been prepared by Efficient Market Advisors, LLC, a division of Cantor Fitzgerald Investment Advisors, L.P. (collectively, “EMA”) for use in one-on-one meetings with highly-sophisticated investors, who are expected to make their own investment decisions. Nothing contained herein should be treated as investment advice or a recommendation to buy or sell any security. This article does not constitute tax advice and as such, investors should be advised to consult their own tax adviser regarding the tax consequences of their investment activities.

Past performance or targeted results is no guarantee of future results and every investment may lose money.  Investors should consider the investment objectives, risks, charges and expenses of the investment strategy before investing.   Certain of the economic and market information contained herein has been obtained from published sources and/or prepared by third parties. While such sources are believed to be reliable, none of the Fund, its general partner, the investment manager or their respective affiliates, employees and representatives assumes any responsibility for the accuracy of such information.  Market indices are included only to provide an overview of wider financial markets and should not be viewed as benchmarks or direct comparable to performance by EMA.  It is not possible to invest directly in an index.

This document is privileged and confidential and intended solely for the use of the intended recipient(s), may be used solely for the purpose for which it was sent and contains proprietary information. Any unauthorized copying, disclosure, retention, or distribution of this document, in whole or in part, is strictly forbidden. This document has been prepared solely for the intended recipient(s) and contains confidential and proprietary information that are of economic value to us.  Any disclosure of this information could cause us competitive harm.  By accepting this document, you agree to keep strictly confidential all of the contents of the document.  The information in this document is subject to change without notice and we have no obligation to update you as to any such changes. We do not undertake any obligation to update or revise any statements contained herein or correct inaccuracies whether as a result of new information, future events or otherwise.