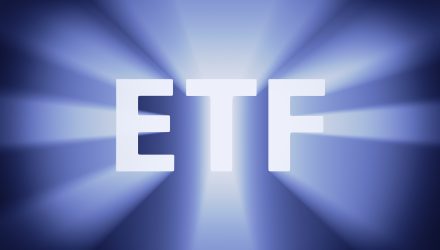 The exchange traded fund (ETF) industry has experienced rampant growth, expansion, and innovation since the launch of SPY (SPDR S&P 500 ETF Trust) by State Street Global Advisors in 1993. In just 25 years, they have become the most disruptive and popular vehicle in the investment industry. As a result of this popularity, the ETF market for U.S. – listed funds has amassed $3.5 trillion in assets with a total of roughly 2,200 funds available for retail and institutional investors. Globally, to include funds listed on exchanges outside the U.S., total ETF assets have reached $4.6 trillion.

Driven by relatively low fees, convenience, and transparency, the pace of growth in the ETF industry has been extraordinary. In the last 10 years alone, assets have grown by a compound annual growth rate of 23% per year, or 547% cumulatively. Net flows in 2017 reached their highest point at $466 billion, according to data from Morningstar. While SPY remains the industry’s largest ETF with $255 billion in assets under management, its share of the ETF market continues to shrink. In 2006, this ETF accounted for 16% of the entire space. Today, that number is just 7%. With no immediate hindrance to the pace of growth in sight, it’s not inconceivable that 7% will be cut in half sometime in the next three to five years, maybe even sooner.

Three years after the launch of SPY, the ETF industry began expanding internationally with the iShares launch of ETFs such as EWA (iShares MSCI Australia ETF), EWC (iShares MSCI Canada ETF), and EWG (iShares MSCI Germany ETF), to name a few. While these ETFs made up an insignificant amount of the ETF market in early years, that narrative has recently changed. Now, the number of equity ETFs invested internationally makes up 49% of the market and accounts for roughly 31% of total assets. In 2002, international exposure was dissected even further into developed and emerging market exposure. Emerging market equity ETFs now account for 25% of the international market and nearly 10% overall.

The expansion into additional asset classes began with the launch of the first fixed-income suite of ETFs in 2002 by iShares, headlined by LQD (iShares iBoxx $ Investment Grade Corporate Bond ETF). The first commodity ETF came shortly after with the launch of GLD (SPDR Gold Trust) by State Street Global Advisors in 2004. Though the industry still comprises mostly equity at nearly 80%, that number is steadily decreasing as fixed income (17%), commodities, and alternatives (3%) continue to become more prevalent in the market.