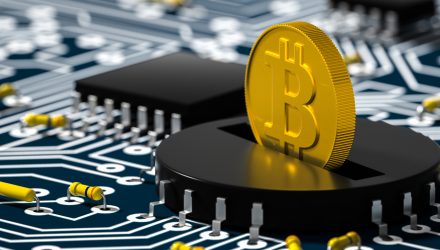 Each week, the TETF.index research team discusses the growth potential of the ETF ecosystem. Our positive outlook is buoyed by the belief that ETFs are simply a better vehicle than other financial instruments; we think of the ETF as a Fintech innovation within a world of outdated financial products. In this week’s TETF.index update, we look at another Fintech innovation that threatens to change the way ETFs evolve and grow: Blockchain.

Most investors know Blockchain as the technology behind cryptocurrencies like Bitcoin. Although this is true, Blockchain is much more, in fact the term Blockchain is never mentioned in the original Bitcoin White Paper from Satoshi Nakamoto. Blockchain allows one to create and secure unique data in the digital world without a trusted third party. It stems from the combination of three disciplines: database management, cryptography, and economic game theory. The nexus of these three disciplines can disrupt the daily work of many powerful and expensive institutions, from banking to politics. Despite the potential, the hype of Blockchain and Bitcoin has waned. As of October 2018, both Blockchain and Bitcoin have fallen off the Google top 100 searched terms which is lower than search terms like Autozone!

What Does This Have To Do With ETFs?

The concept of Bitcoin is designed to eliminate the need for a trusted third party in financial transactions. Ironically, an ETF with exposure to Bitcoin would act as a de-facto trusted third-party by verifying access to Bitcoin. This contradiction is not lost on Bitcoin believers, even to the point that the possible approval of a Bitcoin ETF has had significant influence on the price movements of Bitcoin. And possibly, the latest decline in crypto pricing coincides with another complicated fork and these comments from the SEC:

In fact, on Tuesday, SEC Chairman Jay Clayton doubled down on the idea that the Bitcoin market wasn’t safe for investors.

Rules and surveillance to prevent manipulative techniques do not exist on all of the exchange venues where digital currencies trade, making him wary of greenlighting a bitcoin ETF, he said at the “CoinDesk Consensus: Invest” conference.