You are at:Home»ETF Strategist Channel»ETFs and the Rule of Law 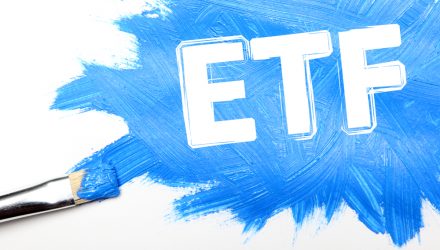 ETFs and the Rule of Law

Over the past few months, we have written quite a few articles about the impact COVID-19 has had on ETF investing. Below are a few of these articles:

This week we decided to cover the impact the pandemic has had on rules. We have all seen a breakdown in small rules, like traffic and parking violations. There is, without a doubt, a “don’t sweat the small stuff” attitude permeating societies right now. When it comes to ETFs, we saw a break down in index rebalancing and reconstitutions back in March.

This normally would have been significant investment news, but most investors were quite distracted back in March. ETF Think Tank Contributor Michael Gayed has postulated:

With this in mind, we explore the impact that rebalancing rules have on ETF portfolios.

Strategic Rebalances are not Tactical

With volatility returning to the markets, many ETF investors have been caught off guard by the violent swings in asset classes. Beyond navigating the rule changes or postponements in many index products, investors have had to address alternatives and commodities for the first time in many years. Below, we look at the impact on a traditional 60/40 portfolio when a 10% position in a volatile alternative is introduced. We used two versions of a five year back test; the first was “buy and hold,” and the second was quarterly rebalance. We used the following four alternatives:

The key purpose of this exercise is to illustrate the importance of rules based systematic rebalancing especially when employing volatile assets.

For ETF investors, the data below clearly shows the need to rebalance systematically. In every scenario, rebalancing the volatile asset increased returns. This is especially powerful in the SVXY scenario, since in the past five years, SVXY has experienced two massive drawdowns. The SVXY “buy and hold” test was the only one to produce a negative return, which is expected. Gold and ZROZ both reduced volatility while increasing return, and clearly produced superior results through rebalancing. The best return came from the “buy and hold” of the Bitcoin proxy GBTC, but had almost eight times the volatility. We certainly would not advocate a 10% “buy and hold” approach to this asset; we believe most investors would not stomach the volatility. In many ways, “buy and hold” is a more active decision than following the strict rules of rebalancing.

Having a plan and sticking it to it usually results in better investment results. Investors may be forced to accept a laissez faire attitude from index providers or other drivers, but when it comes to rebalancing volatile asset classes, following your own guidelines is paramount. Whether you have designated a rebalance based on time or position drift will generally be less important than setting the rules and following them.