You are at:Home»ETF Strategist Channel»China: Stimulus to Counter Weak Economy in ‘19 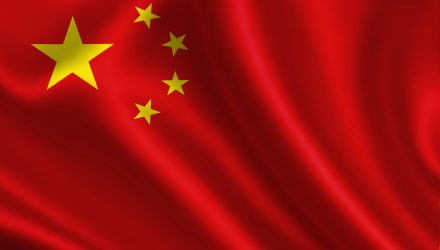 A great deal of anxiety rests on the future trajectory of the Chinese economy – not only is it the world’s second largest, but it has also been growing at a rate much faster than the global average and thus is acutely important to the world economy in general. Last week stocks declined, with an accelerated sell-off on Friday which was attributed in part to disappointing bank lending and foreign direct investment data from China. Equities settled right at the bottom of their recent trading range, with some markets breaking to new lows. The technical position remains concerning.

We start the year neutral to emerging markets (EM) stocks (including China) relative to our composite benchmarks in our longer-horizon portfolios but have no EM exposure in our more risk-adverse portfolios. We find EM valuations to be attractive for long-term, risk-tolerant investors, but the range of potential outcomes in EM is uncertain over the next year, given trade, interest rate and global growth concerns.

Perhaps in response to the risks around trade, and certainly in response to slowing growth, Chinese policymakers are increasingly applying stimulatory policy to the problem. Interest rates and the yuan have dropped, easing financial conditions, and the Chinese are lowering reserve requirements for their banks in order to stimulate more lending (see chart to right). We believe China is prepared to introduce more measures if necessary. For instance, we think it’s likely we’ll see easier fiscal policy in 2019 in China, including the possibility of consumer and business tax cuts, as well as expanded fiscal deficits to fund increased infrastructure – all designed to offset economic softness as policymakers nervously eye sub – 6% growth as a line they would rather not cross.

Bottom line: We believe the Chinese economy in 2019 may stabilize at growth rates not far from their 2018 stated 6%+ levels, despite the fact that a return to the ‘old-time religion’ of ‘borrow-and-build’ will likely create deeper long-term issues for the country. Putting the long-time side effects aside, increased fiscal and monetary stimulus will likely be constructive for global economic growth in the next year and believe it may help lower the probability of a global recession.

RESOLUTION OF TRADE: DISPUTE WITH CHINA WON’T BE SOLVED THIS YEAR, BUT A FACE-SAVING CEASE FIRE POSSIBLE

Potentially the biggest and trickiest risk factor for markets has been the possibility of trade war between the U.S. and most of its major trade partners, especially China. Markets tend to abhor protectionist trade policies as an economic ‘lose-lose’ for both sides, and when you have the world’s two largest economies in the ring, anxieties run high.

Unfortunately, over the next twelve months we believe it is unlikely that the major components of the trade dispute get resolved and therefore a ‘grand trade deal’ fails to materialize.  However, despite profound ideological differences, both sides have something to gain from a lesser, face-saving agreement that de-escalates trade tensions between the two countries. Today, both countries have agreed to a 90-day ‘cease-fire’ to give their respective trade negotiators time to find common ground.  If there is little substantive progress and the ‘cease fire’ fails to remain in place after March 1st, a negative market outcome for 2019 becomes much more probable as economic growth and sentiment will likely suffer in both continents.

Who has more negotiation leverage in this situation?  Currently, we believe the U.S. does. The message of the markets has been clear on this point: Chinese stocks have underperformed U.S. stocks dramatically since the first official announcements of tariffs by the U.S. in late February of 2018 (see right chart).  However, in the last month of the year, U.S. stocks started to look more like their Chinese bretheren as the U.S. weakened around increased trade concerns.

What is the likelihood that trade disputes between the U.S. and China get largely resolved in 2019?  We believe the dispute between U.S. and China is deeply-rooted in ideological differences on both sides and is thus not likely to be resolved anytime soon. The U.S. harbors what we believe to be highly legitimate issues with China’s trade policies; not just around elevated bilateral tariff rates but also around intellectual property protection and a distinctly unlevel playing field for Western companies in China. President Trump has been a champion for fairer trade with Asia since the 1980s when his ire was directed at Japan, so we must assume he is deeply convicted about it.

China is not only resentful of the U.S.’s presence in Asia, but also is distrustful of the Trump Administration. They appear confused by the mixed messages and shifting body language, depending on which U.S. trade representative they are interacting with. They also appear unconvinced that Trump will be in office after 2020 and do not want to appear weak or ‘lose face’ to appease a President that might not be around.  We would not be surprised to see the Chinese pursue a ‘buying-time’ approach that will result in small concessions and ‘lip-service’ rather than committing to the structural changes the US is demanding.

Both leaders need a face-saving agreement:  Abroad, President Xi had a difficult 2018.  In addition to the Chinese stock market meltdown and U.S. trade issues, China’s economy is straining under asset bubbles in debt and real estate at the same time the Chinese economy is slowing. Although China’s leaders are not beholden to term limits, they still must answer to a complex set of political objectives to remain in power.   The U.S.’s strident tone since President Trump’s election has placed China on the defensive, and within China many are watching Xi’s response closely for signs of weakness.

At home, the trade tensions that began from the Administration threaten the economy and have recently clearly impacted the stock market.  President Trump is acutely aware that the health of the economy and the stock market is important for his re-election in 2020. An Administration whose calling card is ‘pro-business’ will have to answer to voters should American investors experience the ‘wealth effect’ in reverse.