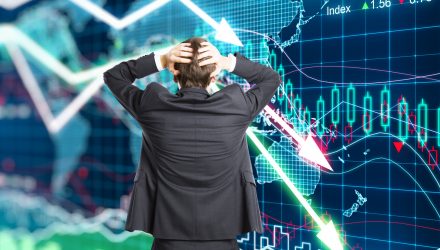 As a Tactical ETF Strategist, we consider ourselves fairly qualified to navigate the exchange traded product (ETP) universe. That being said, there’s one place even we won’t go. To pull a quote directly from our presentation: no margin, leverage, or shorting. We believe that this subset of the ETF universe is far more trouble than it’s worth for investors, experienced and unexperienced alike.

The last year has provided us with a wonderful case study in the form of ETPs that track the Cboe Volatility Index (VIX). No, this isn’t another piece about the short VIX ETPs which, rather spectacularly, lost nearly all of their value overnight in February 2018.¹ Instead, we’ll look at what happened to people who were on the other side of the trade. As we sit here today, the VIX is hovering around 14. While the VIX is not quite back to the exceedingly low levels it saw prior to the increased volatility we saw in the spring, it’s close enough for us to reflect.

Before we get started it’s worth pointing out that plenty of ink has been spilled on this subject. While we don’t necessarily have a unique opinion to offer we believe investors can only benefit from repetition of the same cautionary tale. VIX ETPs are designed for trading and, as we will show, are not suitable to be held for any extended period of time.

I’ll start with the best-case scenario and then move onto something a little more realistic. Let’s say you finally capitulated on January 1, 2018. Volatility is too low, it must go higher. You were certainly correct in the short term; by February 8th the VIX was up over 200%. If you bought a prominent VIX ETP (1x VIX) your position was up around 100% by the same day. Not quite what you signed up for, but not bad either. Now let’s fast forward to today.* The VIX is up nearly 34% year-to-date through 8/13/2018 and 1x VIX is up nearly 14%. Sure, that’s acceptable but remember we said this was a best-case scenario.

Now let’s take a look at the numbers if instead you bought an ETP that is designed to double the movements of the VIX (2x VIX).** On February 8th you were up about 140%, again acceptable but below expectations, and then fast forward to today and you are down 32%…

Now for the more realistic scenario.

So why all the carnage? A book could be written on the topic but to put it simply, when you buy a VIX ETP you’re buying a one-day insurance contract. This insurance is not only expensive, but it’s also very unlikely to pay off. When you hold a VIX ETP you’re implicitly renewing this one-day insurance contract every single day. Over time this depletes your capital and although the insurance still provides the same coverage per dollar purchased the aggregate amount of insurance that you can afford gets smaller and smaller.

Oh, and I forgot to mention. In the best-case scenario 1x VIX was down nearly 8% and 2x VIX nearly 15% two weeks into January. What’s the chance you actually held it all the way until February?
The moral of the story? VIX ETFs are not for the faint of heart and are often misunderstood. Investors could avoid a lot of pain by staying away from them, as well as from margin, leverage and shorting.

This article was contributed by Denis Rezendes, Research Analyst at Beaumont Capital Management, a participant in the ETF Strategist Channel.