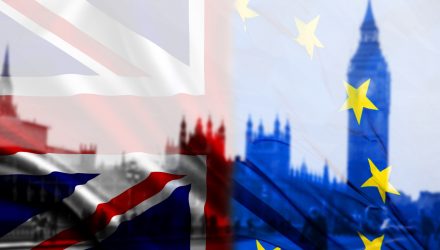 The View from Ireland: Brexit is a Mess, Dublin is Booming and Europe is Healthier Than You Think

We Have Cash to Deploy When Visibility Improves

Ireland is a tiny nation but it sits at the crossroads of a lot of what is happening in both Europe and the world. As such, studying Ireland can help investors both understand the complicated cross-currents of Brexit, and perhaps also show the way towards a more productive future Eurozone. After two weeks there, I formed the following opinions.

The Brexit Dilemma: To say that the negotiation of the exit of the UK from the European Union is in disarray, two years after the Brexit vote, might be an understatement. While Brexit has caused a boom in investment and jobs in Ireland as firms relocate from London to the only other English speaking country in the Eurozone, it has created huge uncertainty about the need to reinstate the Northern/Southern Irish border that was put in place during a period of internal civil war in Northern Ireland from 1972 to 1998. Northern Ireland voted overwhelmingly to remain in the EU during the Brexit vote and the North/South border is now one of the biggest stumbling blocks in the Brexit negotiation.  There is considerable debate regarding whether the border should be “hard” (think U.S. and Mexico) or ‘open’,  where people can move freely between North and South.  Unfortunately, its not just the Irish border that is giving Prime Minister May and the ‘leave’ voters a headache.   Time is running out and her party remains split over key ideological issues.  For example, Boris Johnson, one of the most well known ‘faces’ of Brexit recently left the cabinet after Teresa May re-took the initiative on Brexit, encouraging her nemesis to get in line with her “soft” Brexit views. Complicating matters, while we think Prime Minister May could negotiate a successful deal with the EU, ‘soft Brexit’ may get rejected by Parliment. Brexit is causing declining investment growth and huge business uncertainty in the UK and to a lesser extent in the EU after 40 years of political, civil and legal integration.

Dry Powder – why we are holding some cash: Our balanced portfolios have reduced exposure to Europe this year, but have held the proceeds in cash and bonds pending potential reinvestment.  It is likely that reinvestment will be more targeted toward the beneficiaries of the Brexit mess and away from those most negatively affected.  The timeline for reinvestment is unclear given our view that Prime Minister May will have difficulty negotiating a trade deal with the EU that parliament will support. Without a trade agreement,  the most likely near-term outcome will be another extension of deadlines and further uncertainty, with the possibility of another election, a new leader of the conservative party and even another Brexit vote.

THE WEEKLY CHART: Irish Stocks –  A Steady Outperformer within Europe until Brexit in mid-2016 (Brexit represented by red vertical line, below) 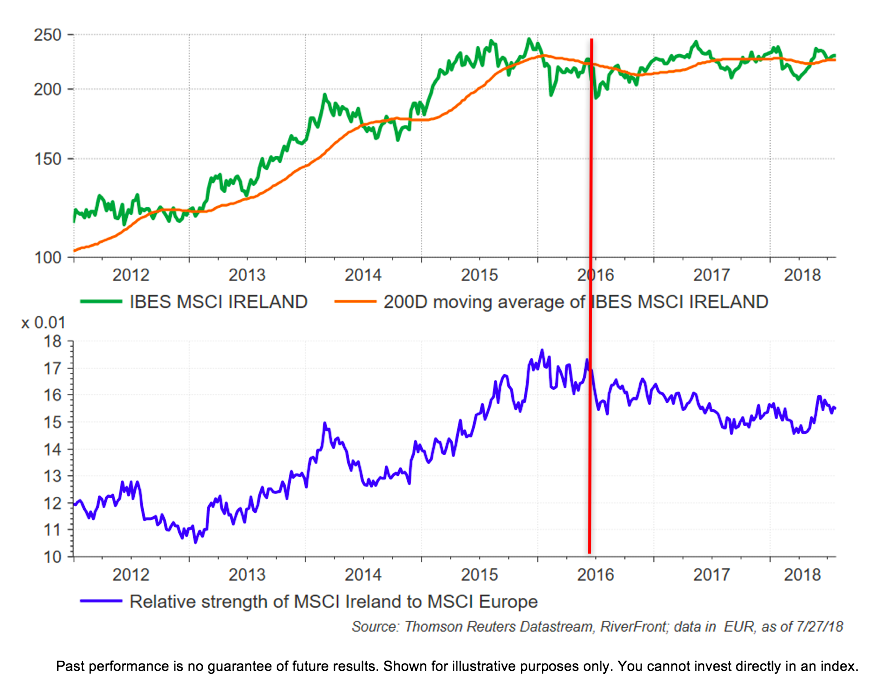 Europe is Healthier Than You Think and a EU/U.S. Trade Deal May Uncover Europe’s Unpolished Gems: Although not widely publicized, we believe important and necessary structural changes are starting to occur in the European Union.  As Plato said, ‘necessity is the mother of invention’ and nobody needed to change more than the former PIIGS, the acronym applied to Europe’s weakest countries after the Financial Crisis. Portugal, Spain and even France have made significant strides towards labor reform, which is now showing up in earnings.  In Italy  Sergio Marchionne, the recently deceased CEO of Fiat Chrysler, showed that it is possible to transform an “old tech” industry like automobiles from a notoriously non-business friendly country. Ireland, which was devastated by a massive housing bubble that took down their banking sector has returned its finances to good shape as evidenced by its 10-year bond yields, which have declined meaningfully.  Finally, Greece is now running a budget surplus and has a key port at the apex of China’s ambitions to open old trade routes.

To our frustration, political events such as Brexit, Syria, Ukraine and the absence of an economic model that works for both Germany and its western and southern neighbors continue to keep a lid on valuations. We hope that a rejuvenation of a trading partnership with the U.S., tantalizingly agreed to in principle by European Commissioner President Junker and President Trump, might be helpful in unlocking some of the value we see.