You are at:Home»ETF Strategist Channel»Bond ETF Inflows Grew At A Rapid Pace In September 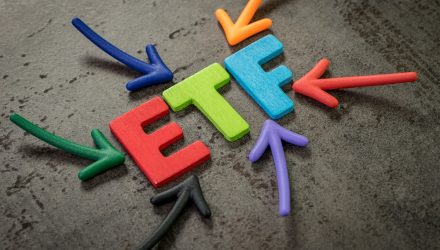 Bond ETF Inflows Grew At A Rapid Pace In September

According to ETFGI’s September 2019 Active ETFs and ETPs industry landscape insights report, assets invested in actively managed ETFs/ETPs finished the month up 3.5%, from US$136.43 billion at the end of August to US$141.21 billion.

“The S&P 500 gained 1.9% during September despite slowing economic growth, ongoing trade disputes, and a presidential impeachment inquiry. Shifting the focus to the S&P Developed ex-U.S. BMI, the index was up 3.0%, as 23 of 25 countries gained during the month; the highest gainer in the month was Korea (up 6.4%), while Hong Kong continued to decline (down 0.8%). From an Emerging Markets standpoint, the S&P Emerging BMI gained 1.4%, with 15 of the 23 reporting gains. Globally, equities reclaimed prior month losses, gaining 2.1%, as measured by the S&P Global BMI (38 out of 50 countries reporting gains),” according to Deborah Fuhr, managing partner, founder, and owner of ETFGI.

The industry demonstrated steady growth, and by the end of September 2019, the global active ETF/ETP space contained 718 ETFs/ETPs, with 938 listings, from 145 providers on 23 exchanges in 58 countries. After net inflows of $4.24 billion and market moves during the month, assets invested in the actively managed ETF/ETP industry increased by 3.5% from $136.43 billion at the end of September to $141.21 billion.