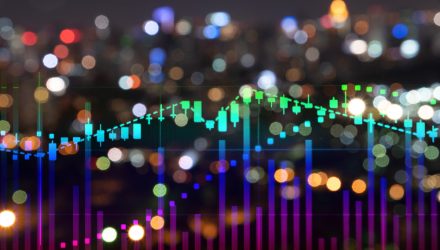 Be The Pilot, Not The Passenger

Our thoughts are with the people of Ukraine and the impact on the human lives at stake. The invasion’s impact on the markets comes on the heels of other market headwinds caused by the ongoing COVID-19 pandemic, record-high inflation numbers, and an increasingly hawkish Federal Reserve. However, when we take a look back historically, the economic impacts from past geopolitical crises have been relatively short-lived.

We think this type of market volatility is best compared to experiencing turbulence on an airplane. Inexperienced fliers often panic when the plane bounces around, but you know who doesn’t panic? The pilot and crew. Why? Because they know turbulence is normal when flying. Stock market volatility is also normal. As shown in the chart below, in an average year, the stocks market has three 5% pullbacks or more per year, one 10% correction or more per year, and a 20% correction about every three years.

Corrections Are Normal — Frequency of Declines

Source: Ned Davis Research. Past performance is not indicative of future results.

The most important thing you can do for your clients is to stay calm during market volatility, just as a pilot stays calm during turbulence. Imagine the reaction among passengers if the pilot sounded shaken when they announced they were putting the fasten seatbelt sign on. It would not be pretty. Similarly, clients need reassurance that things will be OK. Fasten your seat belt, but don’t jump out of the plane.

The chart below shows how the market has performed after 10 significant political crisis events. It’s important to note that in each of the three times the market was still down 12 months later, stocks had already been in a bear market BEFORE the crisis event:

Source: InvesTech Research. Past performance is not indicative of future results.

Taking the averages of these 10 events, market performance was as follows:

Past performance is not indicative of future results.

Looking specifically at when Russian invaded and annexed the Crimean Peninsula beginning on 2/20/2014, the market performed as follows:

Past performance is not indicative of future results.

We believe that over time, market returns follow earnings as the graph below shows. We do not believe the economic sanctions that have and will ensue from Russia’s invasion of Ukraine will change the trajectory of S&P 500 earnings, which we still expect to be in the +10%-12% range this year. 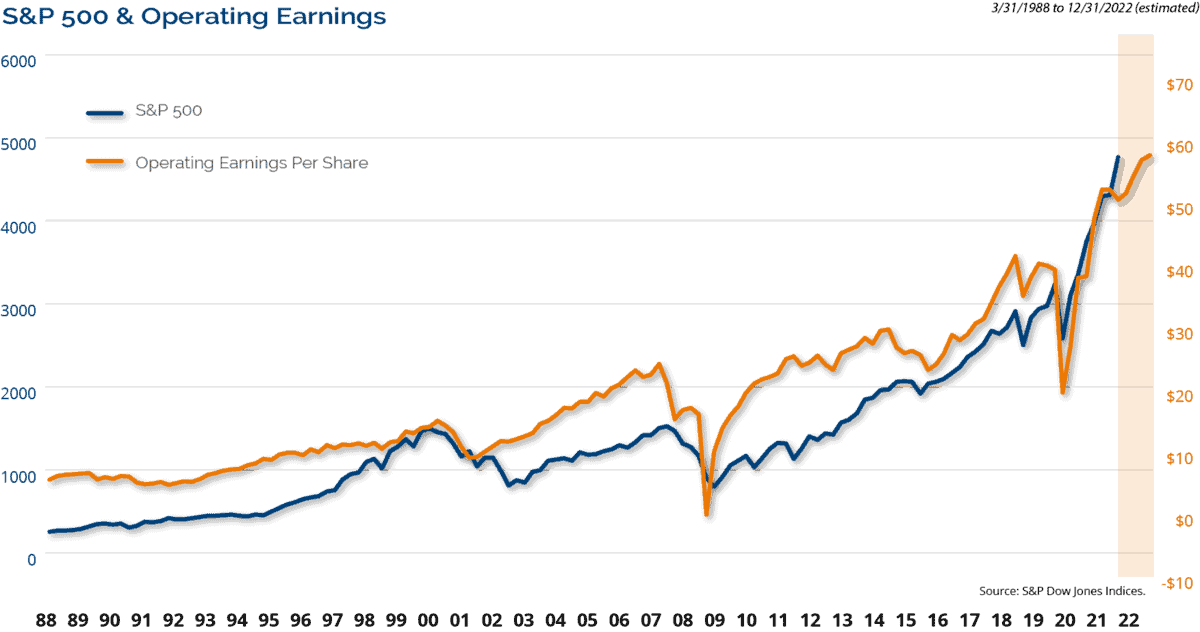 For illustrative purposes only. Projections or other forward looking statements regarding future financial performance of markets are only predictions and actual events or results may differ materially.

History shows that markets sell off in advance of geopolitical events, but then rally once the news is out (sell the rumor, buy the news). To be clear, we anticipate some downside risk to the market as emotions and fears run high. In fact, the likelihood of Russia’s invasion has been a catalyst for the market’s recent weakness, so we believe some bad news has already been priced into the market. But embracing the premise that the value of any business, stock or market is ultimately driven by earnings leads us to believe that this will be a short-term volatility event and will not have lasting consequences.

The major indices have officially entered correction territory with declines since the January highs. This was not unexpected. In our 2022 Market Outlook, we highlighted risks that the market and economy face this year including COVID variants, lofty valuations, the potential for a Fed policy error, the Mid-term elections in November, and geopolitical risks with China and Russia. We expected the markets to suffer a 10-15% correction in the first half of the year before recovering in the second half of the year. Now that we have endured the correction, investor sentiment has soured to the point of maximum pessimism, which often sets the stage for the market to rebound.

Russia’s invasion into Ukraine will have far-reaching political and economic impacts. Oil prices are already high, and this conflict will result in even higher prices. Sanctions will target the Russian economy and the conflict will transition into an economic battlefield. The United States has announced new sanctions to be imposed on energy producers, key mining and steel manufacturers, and financial institutions. Russia controls roughly 10% of global copper reserves and is a major producer of aluminum, nickel, platinum and other precious metals, including palladium, which is also used in chipmaking. Tensions with Russia are nothing new. Just as in the past, the markets will find a new equilibrium given the geopolitical events and return to focus on what drives asset prices over the long-term.

We believe the surest way for clients to achieve their financial goals is for them to stay calm and to stick with their long-term plans. They need to hear confidence in your tone and words that things will be OK. History shows us that this is something we’ve seen before. We believe that fundamentals look solid, and earnings are growing, which is the basis for our optimism.

The opinions referenced are as of the date of publication and are subject to change due to changes in the market or economic conditions and may not necessarily come to pass. There is no guarantee of the future performance of any Clark Capital investments portfolio. Material presented has been derived from sources considered to be reliable, but the accuracy and completeness cannot be guaranteed. Nothing herein should be construed as a solicitation, recommendation or an offer to buy, sell or hold any securities, other investments or to adopt any investment strategy or strategies. For educational use only. This information is not intended to serve as investment advice. This material is not intended to be relied upon as a forecast or research. Investing involves risk, including the loss of principal. The value of investments, and the income from them, can go down as well as up and you may get back less than the amount invested. Past performance is not indicative of future results.
This document may contain certain information that constitutes forward-looking statements which can be identified by the use of forward-looking terminology such as “may,” “expect,” “will,” “hope,” “forecast,” “intend,” “target,” “believe,” and/or comparable terminology (or the negative thereof). Forward looking statements cannot be guaranteed. No assurance, representation, or warranty is made by any person that any of Clark Capital’s assumptions, expectations, objectives, and/or goals will be achieved. Nothing contained in this document may be relied upon as a guarantee, promise, assurance, or representation as to the future.
Clark Capital Management Group, Inc. is an investment adviser registered with the U.S. Securities and Exchange Commission. Registration does not imply a certain level of skill or training. More information about Clark Capital’s advisory services and fees can be found in its Form ADV which is available upon request.