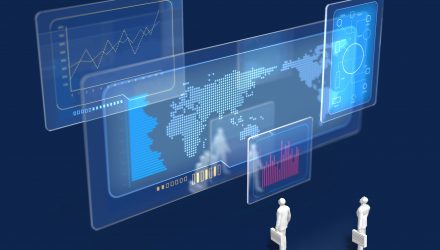 That I’m looking through

Show only the beauty

‘Cause they hide all the truth”

Over the past year we’ve started to wonder whether U.S. investors are beginning to view the world through a pair of rose colored glasses. If one doesn’t look too critically and restricts their gaze to the U.S. alone, they’d certainly see a “rosy” picture. Strong revenue growth, and continued margin expansion combined to fuel great earnings across the board in the second quarter for U.S. companies. Following the Tax Cuts and Jobs Act, U.S. corporations have authorized a record amount of share buybacks. The U.S. Bureau of Economic Analysis (BEA) revised the second quarter’s GDP estimate to 4.1% annualized, the highest in years. The fundamentals are strong, consumers are confident, and the market is rising. What is there to worry about?

Plenty, in our opinion. We believe the current environment is not nearly as rosy as it seems. If you take a critical look and have a global perspective, there are a few thorns to contend with: namely an escalating trade war with China (and others) as well as quietly rising U.S. interest rates.

While we have written and blogged extensively on tariffs and the trade war, this is not the forum to continue my anti-tariff rants. However, it is worth pointing out that the trade war appears to be having a profound impact on the global economy. When the year began, the leading economic indicators for all 35 of the Organization for Economic Co-operation and Development (OECD) countries were in positive territory and on an improving trend. Today, many of these trends have turned negative including the U.K., Germany, Italy, France (Europe as a whole), Brazil and Russia. China’s Purchasing Managers’ Index (PMI) has fallen to 50… the dividing line between growth and contraction.

Subsequently we have seen an extraordinarily bifurcated global equity market. U.S. equities have realized strong performance, and then there is everyone else. The divergence has been especially acute in the emerging markets. If trade uncertainty continues, we believe it is more likely that the U.S. equity market closes the gap with the rest of the world than vice versa.

While equity analysts are forecasting continued earnings growth, of the 98 companies who have issued Q3 earnings guidance, ~76% revised them downward1. Negative guidance would be a shock if one only considered the U.S. economy, but S&P 500 companies conduct a material portion of their business outside of the U.S. We live in a global economy and we are not on an island! We don’t know whether this is a simple reset of expectations or the beginning of a trend, but if it continues, something will have to give. [1]

Another trend that has been quietly forming is rising interest rates. The 10-year U.S. Treasury yield broke through the 3% barrier yet again as the Federal Reserve (FED) continues to raise the Federal Funds rate. With further rate increases telegraphed, we shall see if this trend continues. Put simply, it is likely that the 35-year macro bond cycle has now ended. Certainly, the massive financing needs of our Government, together with the FED’s rate increases and Quantitative Easing (QE) reversal lend credence to this argument. What we would like to point out next are the potential consequences.

Investors and advisors generally consider bonds a “safe” investment. This is largely true when considering investment grade bonds with short to intermediate durations, but those who have searched for yield due to low interest rates may have ventured outside of the realm of what may be considered safety. A 1% rise in interest rates for a 30-year U.S. Treasury bond could cause the bond’s price to fall as much as 17%! This year, trade war fears and a rising U.S. Dollar caused many emerging market bond funds to fall well over 10%. High yield, formerly known as junk bonds, have produced high returns during the largely favorable equity market conditions of the past few years. Not surprisingly, they also correlate with equities during times of duress. Even the Bloomberg Barclay’s U.S. Aggregate Bond Index has seen its exposure to interest rate and credit risk increase. According to Bloomberg, the index’s weighted average duration has risen from ~3.7 years in 2009 to 6.0 years today, and the weighting of the lowest quality investment grade bonds has nearly doubled from 8% in 2007 to 14% in 2017. How will retirees react when the perceived “safe” elements of their portfolios produce low or even negative returns?

Despite our misgivings, the market has continued to climb higher. We agree that bull markets don’t die of old age, but there is more than enough market, economic and geopolitical turmoil that we believe it’s worth being vigilant. It is not our desire to predict how long this bull market, now the longest in history, is going to last. We certainly don’t know the answer to that question and express deep skepticism towards anyone who claims to. Instead, our goal is to point out the major economic events that we have our eyes on and provide you with enough information to understand our point of view.

Periodically, we like to make sure everyone understands our mission. It is worth a quick revisit to the proper expectations of Tactical Management. In our opinion, tactical managers are trying to do two jobs: provide growth during the good times and to preserve the majority (not all) of client capital when markets correct or worse.  It is difficult for any active manager to beat a broad, market-cap weighted equity index during a run-away bull market.  But these bull markets always end, and usually do so in a rather shocking manner. This is when we can add the most value.

As always, we are grateful for your business and please let us know how we can help you navigate these interesting times.