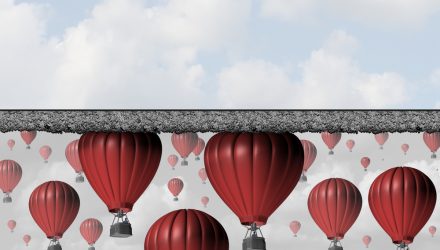 Asset Allocation Weekly: The Debt Ceiling and the Platinum Coin

The debt limit on authorized Treasury borrowing has created a periodic problem in recent years. When the limit had been reached in the past, it triggered a government shutdown. However, not all government shutdowns are simply due to reaching the debt ceiling. Sometimes a closure occurs because Congress and the White House can’t agree on a budget. A debt ceiling problem is different. Congress authorizes the Treasury to issue a limited level of debt; once the ceiling is reached, the Treasury cannot issue T-bills, T-notes, and T-bonds, causing a lack of funding that can trigger a government shutdown.

The debt ceiling was created to improve efficiency. Before 1917, Congress attached funding to every spending measure. Either tax dollars were allocated to spending and the Treasury was instructed to disburse the funds, or the Treasury was authorized to issue debt to fund a project. As spending ramped up to fund WWI, this method became cumbersome. So, Congress gave the Treasury a limit on what it could borrow and allowed it to allocate taxes or debt for funding authorized spending. The 1917 measure didn’t give blanket approval on all spending but gave the Treasury a degree of flexibility. In 1939, as WWII loomed, the Treasury was given a general limit and broad flexibility in using tax dollars or debt to fund spending. Essentially, the debt ceiling is a device to streamline the funding of government activities. It represents spending that has already been authorized by Congress. The debt limit was not designed to limit spending; that is the job of Congress, which should occur in the budgeting process.

Reaching the debt ceiling means the Treasury lacks the authorization to borrow more money. Since the spending has already been authorized, it would seem reasonable to simply raise the limit.1 However, the debt limit gives the parties in Congress power to oppose raising the debt limit and try to force spending cuts. For the political party out of power, using the debt limit to extract concessions can be useful. Therefore, what was originally conceived as a convenience for the Treasury has become a political tool, having the power to shut down the government and run the risk of a Treasury default. Because, if the Treasury can’t borrow, it may not be able to service existing debt.

In response, commentators have suggested two ways to address the debt ceiling issue:

1. Ignore it and keep borrowing:  Although the Treasury would not have Congressional authorization to do this, defaulting on the Treasury debt would violate the 14th Amendment of the Constitution.  Section Four of the Amendment states that “The validity of the public debt of the United States, authorized by law…shall not be questioned.” Legal scholars argue that this means the U.S cannot default on its debt, and thus, the Treasury can, to obey this amendment, borrow funds to ensure that default does not occur, notwithstanding the actions of Congress.

2. Mint a high-value coin:  This idea has become popular in some circles.  The Treasury has the ability to create money through coinage and minting.  It does so to provide a currency for circulation.  Most money is created by the banking system.  Physical currency only represents 10% of M2, but in theory, the Treasury could mint a trillion-dollar coin in platinum2.  The U.S. Mint has legal restrictions against printing high denomination paper currency.  It has similar restrictions on coins.  The law restricts most metal coins to denominations of $50, $25, $10, $5, and $1.  However, in what appears to be an oversight, these restrictions do not apply to platinum coins.  Usually, the value of the coin exceeds the value of the metal it is minted from, allowing the Treasury to capture seigniorage.  In this case, the seigniorage would be extraordinary.  Once minted, the Treasury would present the coin to the Federal Reserve, which would credit the Treasury account for $1.0 trillion and give the Treasury new borrowing power.

So far, administrations have avoided using either method. The first might trigger a constitutional crisis since it would seemingly allow the Treasury to create as much funding as it wants through borrowing and undermine Congress’s “power of the purse.” The second is clearly a ruse, taking advantage of an oversight in the law to give the Treasury unlimited seigniorage, also making a mockery of Congress’s authority.

Yet, both tactics reveal something important about the nature of money. The Constitution was written in a period when money was backed mostly by gold and silver. In that case, money is scarce by design, and the supply can only be expanded by mining or debasement. The U.S. has been on a fiat money system since President Nixon ended to link to gold by withdrawing from the Bretton Woods Agreement. Under a fiat system, the difference between money and debt is mostly a matter of perception. The latter pays interest, but the government can fund itself without taxes or borrowing. The platinum coin is simply an element of the Treasury’s ability to mint money, and even if limited by denomination, it can still simply print currency. Of course, if the government expands the money supply without limit, not only will inflation develop, but faith in money could be undermined. It is the political risk of Modern Monetary Theory3 (MMT). The current system of congressional authorization for spending initially was designed to link revenue from taxes or from borrowing. The debt limit controversy could separate government funding from congressional responsibility. We suspect advocates of either ignoring the ceiling or minting a coin favor ending this constraint. Once that constraint is lifted, as MMT suggests, there really isn’t a monetary restraint on government spending other than the concern about undermining faith in the currency. Once that tenet is accepted, the idea that there is no funding constraint on government, the issue for government is what should it fund, not if it can fund.

1 The only other western nation to have a debt ceiling is Denmark, but it is set so high as to render it meaningless.
2 Platinum coins can be minted in any denomination under Section 31 U.S.C. § 5112, which allows the Treasury to mint and issue platinum denomination coins of any denomination. Specifically, “The Secretary may mint and issue platinum bullion coins and proof platinum coins in accordance with such specifications, designs, varieties, quantities, denominations, and inscriptions as the Secretary, in the Secretary’s discretion, may prescribe from time to time.”
3 See our series on MMT, Part I, II, III, and IV.