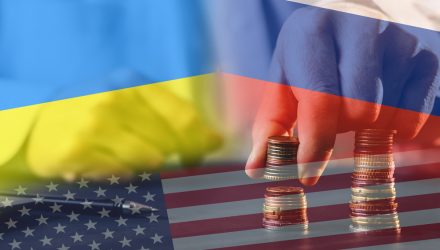 A Lot To Unpack

Let’s start with inflation. Remember when there wasn’t any for years and years? It changed abruptly when COVID cases, hospitalizations, deaths, and lockdowns destroyed demand seemingly overnight, and supply and capacity adjusted dramatically down quickly on its heels. Then massive stimulus, vaccines and re-opening brought demand roaring back, but supply, capacity, logistics, and labor force did not adjust back upward with nearly the same vigor. Too much money and pent-up demand chasing too little of everything.  Wanting things now is easy, making and delivering them not so much. Rebuilding physical assets and organizations takes time. Like years.

The world was on the path to normalization though, here in the first seven weeks of 2022, and it seemed plausible that “supply” would make meaningful adjustment progress, the stimulus boost and pent-up savings would fade, inflation would lap tough comps, and the financial tightening as a result of higher global rates and oil prices already in place would work with their usual lag to slow things down. Labor markets were tight, and wages were rising on the low end at a brisk clip, but participation had some slack to absorb. Furthermore, productivity was strong, and unit labor costs were not sending signals of immediate alarm. Inflation expectations had risen, but not alarmingly so, and the idea that a higher level of sustained increases over several years was becoming “embedded” or “unanchored,” similar to the decade of the 1970’s, was something to keep an eye on, not something to throw the book at.

Then Putin thought he was going to cakewalk into Ukraine. Ukraine said no.  A large part of the rest of the world said no. The most comprehensive, deep, and coordinated sovereign and corporate sanctions (in addition to channeling of military aid), in our view, have acted as the biggest Heisman of the world in nearly a century, if not ever. Not without consequences though.  Energy still matters.  Food still matters. Industrial metals and raw materials still matter. Dependence on one supplier still matters when that supplier goes away. Russia and Ukraine have significant world shares of things we need.

Energy security, food security, industrial security, defense security.  Technology, intellectual property, and semiconductor security. The western world is having itself a little re-think. Think the COVID adjustments are complex? These have the potential to be much more so. The initial supply shocks have been immediately inflationary, and they are just getting started.

Hydrocarbons do more than just make power. The transition away from them has reached a point of serious traction in the US and EU, but the policy, excitement, and messaging fervor has gotten ahead of many not-so-mundane and practical realities. Hard choices with long-tailed consequences abound with regard to what kinds of energy to use, when to use it, and from where to get it. The ability to predict inflation just got a great deal harder.

The path of the coronavirus, the path of Russia war plans.  “The path of the coronavirus” had been the go-to answer to the, “How will the uncertainty shake out?” question.  It is still a question, by the way, although increasingly less so.  The fine new question is now, “What is the path of Russia?”  This, along with how and how long it will take the West to adjust to the consequences ahead. The bookends between possible outcomes are as wide as ever, from nuclear escalation on one side of the shelf, to some sort of regime change in Russia and subsequent peaceful withdrawal way over on the other side. Both of these extremes are not under the asymptotic part of the probability distribution.

The U.S. economy is still positive, but it is weakening.  The labor market remains very strong with the unemployment rate and jobless claims continuing to go lower, and the broad-based Chicago Fed’s National Activity Index (NAI) indicating above trend GDP growth. Consumer confidence, however, is faltering, and recent housing and retail sales data have come in under expectations. Manufacturing data has been mixed and durable goods data recently weakened.  And to reiterate, the indicators that some say are the best predictors of future economic activity suggest that continued slowdown is baked in and on its way.

The Fed has raised its voice to a surprisingly high decibel level. It has quickly gone from keeping its eye on inflation, speaking in serious, but measured tones, to shouting loudly so that everyone can hear, that the punchbowl will be drained, removed, and replaced with wheatgrass juice.

There are several ways to be “behind the curve,” and the Fed must feel as though it is in danger of losing its credibility on every one of them. The Fed funds rate relative to current inflation is eye-poppingly low, and it is also well below the so-called “neutral rate.” This is the rate at which monetary policy is neither restrictive nor loose. Over the last forty years, every time the Fed Funds rate has closely approached, touched, or exceeded the neutral rate, bad economic consequences have followed. In addition, the Non-Accelerating Inflation Rate of Unemployment (NAIRU) may be a good bit higher than when last they checked in (which was pre-pandemic, to be fair), and many measures of future inflation expectations, both survey and market-based, have reached levels that could begin to be uncomfortably interpreted as showing signs of becoming “embedded,” which is the last thing they want. Talk of rapidly getting to the neutral rate and then exceeding it is new, very stern talk indeed.

Rates are going up because rates are going up. De-risking, de-leveraging, reallocating, cutting losses, fear. Losing money on your bond position is not fun and invites second guessing. This can exacerbate market movements until the pressures subside. Policy errors can work in both directions though, and not raising soon and quickly and high enough can be followed shortly thereafter by the realization of having raised too much and needing to cut. The 10-year Treasury yield may be rising now, but it could easily fall if economic conditions deteriorate more rapidly than expected.

More fiscal stimulus? It is already being floated in Japan, France, and the US, among other countries.  It is hard to handicap whether or not these measures will be enacted, and harder still to know if it is possible to protect people from inflation by enacting policies that are likely to be inflationary. This is another potentially significant wildcard.

The commodities, debt, and equity markets are trying to figure out what to do. Isn’t it obvious that commodities, energy, and defense are all going to go up? Apparently, because they already are up. Separating “overdone” from “good entry point” has been a challenge. Despite the apparent obviousness, whether these moves are sustainable or unsustainable is a complicated and serious question.

Equity market sentiment indicators were showing near record bearishness (a strong contrarian signal) before the invasion, while other market indicators were suggesting further declines.  The bounce has come, and many positive readings for thrust indicators suggest stocks will go higher over time from here, but there is still much that indicates they won’t. The weight of the evidence remains unclear on many fronts. We stand by the discipline of our process, and our triggers have not been met.

Diversification, by definition, means constructing a portfolio with assets that do not all respond to what is happening or changing in the world in the same way. It means that, on purpose, you expect some positions to be working while others are going against you.  The more everything is working positively at the same time, the less diversification you have, and the more risk you are taking. Diversification is both science and art. Relationships among asset classes change, and they are almost always scenario dependent. We construct our portfolios to be collections of risk based on statistical data alongside our judgement of the more, shall we say, convoluted factors.

GLOBALT’s positioning remains consistent with our view of the current risk spectrum. We are market weight equities with a minimum weight in international, and overweights in U.S. and in large and mid-capitalization and in growth. We are underweight bonds, underweight credit, and are short duration (with a barbell approach) on a benchmark basis. We are overweight cash and have a significant position in gold.