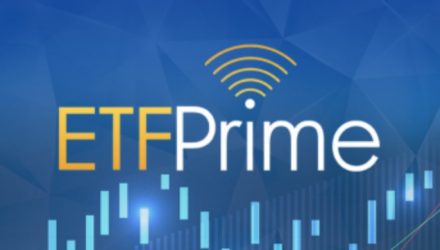 In a special ETF Prime, VettaFi’s Lara Crigger and Morningstar’s Ben Johnson sat down with host Nate Geraci to recap the top 2022 stories that were in ETFs and look ahead to 2023.

Setting the table, Geraci noted at the top of the show that, “it was another monster year for ETFs. Second best year of inflows, record trading volume, a bunch of new entrants – including some big names like Capital Group, Doubleline, and Matthews Asia. We saw continued innovation with products that literally haven’t been done before – single stock ETFs, single bond ETFs, NightShares. There’s a reason why ETFs are called the Silicon Valley of asset management.”

The Year of Equity Income

After expressing gratitude to the listeners and reflecting on twelve years of doing the ETF Prime podcast, Geraci brought in Crigger, asking her what the headline for 2022 in the ETF world would be. Crigger pulled out an under the radar theme and said, “I think that 2022 was the year of equity income.” It is not surprising to Crigger that Dividend ETFs such as JPMorgan Equity Premium Income ETF (JEPI) were consistently among the most researched funds on the site. JEPI took in $12 billion in flows in 2022, with other dividend ETFs like the Schwab US Dividend Fund (SCHD) also racking up impressive numbers. “Poll after poll after poll was saying dividends and equity income was super important to advisors, and that they were seeing it as a way to deal with the rate environment and inflation environment,” Crigger noted.

Asked if she’s surprised by the $600 billion in flows ETFs have taken in during a year where both stocks and bonds get bruised, Crigger said she wasn’t all too surprised. “Investors really do love to buy on the dip.” Down markets provide attractive valuations, according to Crigger, which creates excellent buying opportunities for investors. There is also a phenomenon of seesawing in the markets, one area might stumble as growth and tech did this year, while another rises. Crigger pointed to the boost commodities received as inflation news began breaking, which had investors hedging with commodities. “There’s always some instrument or some investment that can help you deal with the current market environment,” Crigger observed, pointing to the depth and breadth of ETFs currently available.

Geraci concurred, adding that he sees this year as the year ETFs officially took the baton from mutual funds, which have had massive outflows. “I think people will look back on 2022 as the pivot point of the new ETF era,” he said.

Another big story from this year has been ESG, which Crigger feels she has become more cynical on after being a booster, “this was my tipping point where I realized there’s too much greenwashing going on.” ESG ETFs stalled on inflows, which Crigger conceded might just have to do with it being a down market. Speaking to the acronym itself, Crigger wondered if it had “gone the way of smart beta,” and become a term that doesn’t really mean anything given how watered down the ESG space has become. Other terms have started to vie to replace ESG, “Paris aligned,” and “climate transition,” among them, but it remains to be seen if any of these will catch on and become a new umbrella term.

Crigger thinks that opaque, obscure weighting tools are harder to grok than more concrete examples. Telling someone a fund has an ESG screener is more abstract than presenting the case for a lithium fund as EVs become the new automobiles of choice.

As noted by Geraci, energy had a big year and ESG tends to be overweight tech and growth and underweight energy, creating a performance issue for many ESG funds. “In the financial markets, performance is king,” Geraci said, before adding that ESG became highly politicized this year.

“In defense of ESG, we’re seeing a lot of interest on our platform in terms of engagement, in renewable energy in funds that are, again, easy to understand,” Crigger noted. She pushed back on the idea of politicization has dragged on the appeal of ESG, noting that renewable energy is one of the few places where both sides of the aisle have come to agree on. “No matter what my political beliefs may be, I should be interested in the energy transition. I should be positioning my portfolio for that.”

Another big story from 2022 has been the rise of commodities. “All it took was a war,” Crigger quipped, adding, “I’m hearing people now saying that commodities should be a strategic portion of your portfolio for good – not just for now or for the next couple of years, but for good.”

Inflows spiked in commodities ETFs before settling down by the end of the year, but Crigger thinks investors have taken note of the space, and of alternatives in general. Crigger pointed to managed futures as having a monster year, with funds like iMGP DBi Managed Futures Strategy ETF (DBMF) racking up impressive performance numbers.

Gold has had an unusual year, with gold ETFs seeing huge outflows even as the yellow metal manages to sidestep the carnage in the rest of the markets by being down just 3% on the year. “It is no surprise to me at all that as inflation moderates a little bit, we’re seeing outflows from the gold space,” Crigger said, noting that inflows for the rest of the commodity space are still robust. The Invesco Optimum Yield Diversified Commodity Strategy No K-1 ETF (PDBC) is still garnering a lot of attention, according to Crigger.

The commodities space is ripe for innovation, with 2022 being the first year investors could get K-1 free exposure to grains specifically with ETFs such as the Teucrium Agricultural Strategy No K-1 ETF (TILL). Crigger believes more innovation is in store for 2023.

Asked about notable launches on the year, Crigger mentioned the recent VettaFi Voices column that dug into the topic as well as the NightShares funds and the single security ETFs. Though the bull and bear version of stocks seem like the obvious expression of the single security ETF, bonds seemed to have captured the imagination, with both the US Treasury 3 Month Bill ETF (TBIL) and the US Treasury 2 Year Note ETF (UTWO) raking in hefty flows. “These ETFs really do solve a problem,” Crigger observed.

Crigger’s first bold prediction was, “this is the year where we officially set aside the idea of 60/40.” She thinks investors will continue to look to equities. “People have gotten used to finding income from the equities markets, they are not going to shift even if yields are rising” Crigger noted, pointing to the success of dividends.

She sees fixed income as taking a smaller portion of the pie while alts become a staple of the modern portfolio. Geraci pushed back, noting that income is coming back to fixed income, but Crigger countered, “Why would you go for 4% or 5% when you could get 14% from JEPI?”

Her other big prediction centered on crypto. “2023 is the year we see crypto get its groove back,” Crigger said, pointing to how new tech frequently morphs and changes form. Blockchain, in particular, has a number of uses that haven’t been tapped into yet. She doesn’t see a spot bitcoin ETF as coming anytime soon, despite the Grayscale lawsuit. Asked if that lawsuit could change anything, Crigger said, “if anyone has a shot, it’s Grayscale,” but she thinks it’s tough to argue that there’s no manipulation and fraud in exchanges given the FTX story looming over the headlines. She thinks crypto broadly will have to overcome the reputational risk brought about by the fallout from FTX.

For a final prediction, Crigger joked that there will be a life altering event early in 2023, pointing to 2020’s COVID lockdowns, 2021’s insurrection attempt, and 2022’s outbreak of war. “I’m shutting my door, I’m bolting it shut, and hiding in my house,” she said.

Hearing Crigger’s top stories, Johnson added, “If you look across the 128 Morningstar categories, only 9 have seen positive returns year to date,” pointing to the huge outflows in mutual funds and the big swing toward ETFs. Johnson sees tax efficiencies as not the only reason for the swing, observing that, “ETFs are cheaper, more convenient, and just generally more compatible with modern advice models.”

He also considers the ESG demand drop as a big story, in part due to politics. Johnson does think that many asset managers are quietly integrating ESG into their workflows, so he sees ESG as being alive and well, despite the challenges. He sees regulators as having opportunity to clarify here, but said, “I think appetite is going to remain muted.”

Geraci brought up active management, which Johnson thinks will continue to make inroads. He noted most of the launches in 2022 were active. “Active is very much here and very much here to stay.”

For 2023, John predicted the 60/40 will bounce back. “I don’t think the 60/40 is going away,” he said, noting it has had obits written about it before. He thinks that direct indexing won’t necessarily benefit average investors the same way it does more high net worth investors, but he’s bullish on software and how it could change the investment landscape. “Software manifests itself everywhere.”

Listen to the entire episode of ETF Prime with Lara Crigger: