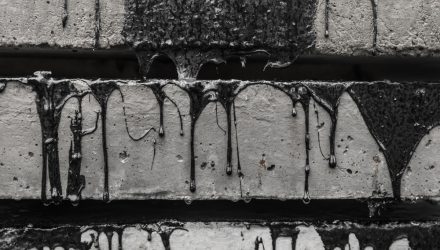 The energy sector has been top of mind for many investors, given the Russian invasion of Ukraine and the challenging winter ahead. Lydon noted, “The trend is still your friend here,” pointing out that IEO is above its 200-day moving average.

Oil prices have recently pulled back. After touching almost $120 per barrel, prices are now around $90. “We’ve got supply issues overseas, so if there’s any way we can help with what’s going on over in Europe, we’ll probably be doing that. A lot of the companies in here are multi-national companies that can also take advantage of those opportunities,” Lydon said. Compared to the S&P 500, it is relatively cheap, according to Lydon.

Despite being above its 200-day average, the valuation of IEO is looking solid. “A lot of times there are areas of the market that will come down, touch their moving average, and then rebound,” Lydon explained, continuing, “When I was looking at this ETF, I couldn’t believe how inexpensive it was compared to the marketplace.”

With a yield of 2.4%, IEO has a solid yield. Jaffe asked how much tilt investors should be willing to put in their portfolio toward energy companies. Lydon responded, “Oil, natural gas – it’s not going anywhere.” He sees the transition toward cleaner fuel as likely to proceed at a slow pace. “Especially when inflation is hot, [oil] is a way to offset the negative effects of inflation.” Investors who own the S&P likely have less than 10% allocation to energy. Given its recent run and the demand prognosis going forward, Lydon thinks another 5%–10% on top of that could be worthwhile.

Though Lydon and Jaffe see some environmentally conscious investors as possibly sitting this one out, Lydon said, “It’s oil and gas, so you’ve got the whole natural gas aspect of it there,” noting that all energy companies are dipping into a variety of energy types, including wind and solar. He continued, “As these long-term trends continue, the companies that make up this index are participating in all of those areas.”