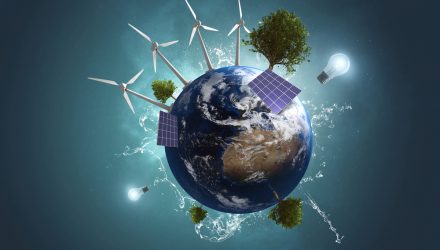 This ETF offers exposure to the global clean energy index, including both U.S. and international stocks in the underlying portfolio. PBD also diversifies across various types of clean energy—such as wind, solar, and hydro—making it an interesting option for those looking to bet on a clean energy boom but unwilling to make a concentrated bet on a specific sub-sector.

The recent COP26 Climate Change Summit in Glasgow explained how the goal is to prevent the average global temperature from rising more than 1.5 degrees Celsius compared with levels before the Industrial Revolution. That is the threshold beyond which scientists say the dangers of global warming — such as deadly heatwaves, water shortages, crop failures, and ecosystem collapse — grow immensely.

At least 105 countries signed an agreement to slash methane emissions, a potent greenhouse gas, by 30 percent this decade. The International Energy Agency suggested that if nations followed through on their newest climate pledges and long-term plans, the world could potentially limit global warming to 1.8 degrees Celsius, or 3.2 degrees Fahrenheit, above preindustrial levels by 2100.

President Biden promised to show the world that the United States is “leading by the power of our example.” Banks and other lenders said they had $130 trillion to finance projects that aim to get companies and countries to net-zero emissions. The number, more than five times the size of the U.S. economy, grabbed headlines. The Glasgow Financial Alliance for Net Zero — which represents more than 450 banks, insurers, and other asset managers in dozens of countries — unveiled the pledge.

The falling price of renewable energy has increasingly made clean energy projects an attractive investment. Private capital has significantly more capacity to fund these efforts than governments alone can marshal. Officials at the Department of Treasury say they have been focused on unlocking the approximately $2 trillion to $3 trillion they say is necessary for private sector investments to achieve a global net-zero economy, compared to the hundreds of billions nations have pledged in government spending.

Jennifer Granholm, the energy secretary, said that her agency would invest in research in the nascent field of carbon removal, with a goal of pushing the cost under $100 per ton by 2030. That’s far below the price tag for many current technologies, which are still in the early stages of development and can currently cost as much as $2,000 per ton. The ultimate aim is to identify techniques that can remove billions of tons of carbon dioxide already in the atmosphere and permanently store it in places where it will not warm the planet.

As noted, PBD provides a way for investors to capitalize on the global fight against climate change. It’s a feel-good investment that is also good for your portfolio, with a +18.1% 1-month performance.

Listen to the full podcast episode on PBD: