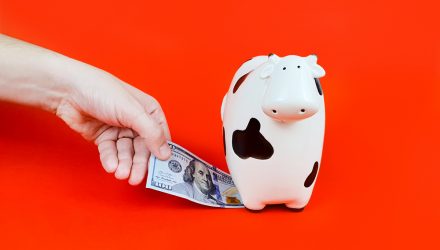 The last six weeks have seen the markets stabilize, even as the Fed continues to hike interest rates. Though this has been good news, overseas valuations still look better than they do in the US. GCOW offers investors exposure to global companies that have solid free cash flow on the books. Lydon noted that “as people are looking to put more money to work, they are looking around the globe for the right valuations and the right dividends and this ETF appears to have both of them.”

Free cash flow is the cash left over after a company paid expenses, interest, taxes, and long-term investments. The extra cash is used to buy back stocks, pay dividends, or participate in mergers and acquisitions. According to Lydon, “ultimately, this is the purest way to show a company has been doing well.”

Some investors might have exposure to the Pacer US Cash Cows 100 ETF (COWZ) and wonder if there is any utility in getting the international version in GCOW. Lydon noted that the domestic version has a lot of appeal but GCOW can provide diversity. “Today, most US investors, when they look at their portfolio it is highly correlated to the S&P 500. That worked well while tech stocks and growth stocks were doing well. However, in the past year and a half, it’s been a little sour there. More than ever, investors are looking to diversify not only into other strategies but also overseas.”

Of course, there’s more to GCOW than just global exposure to companies that are performing well. With an attractive P/E and a dividend yield of 6.3%, GCOW can give investors a generous injection of income. Jaffe noted that GCOW was under its 200-day moving average, but Lydon sees it as a good value.

“If you are looking for that dividend yield, you’re looking to buy at the right valuation, it’s all wrapped up into this ETF.”