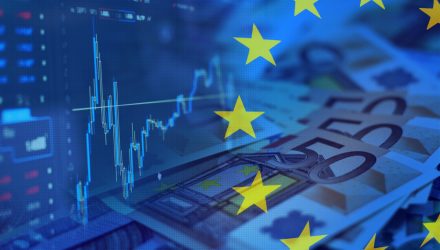 ETF Investors Have Been Cutting Back on Europe Exposure

Investors have been pulling out of Europe region-related exchange traded funds, with the European ETF industry suffering through its worst month on record over March as equities fell sharply in response to the coronavirus outbreak.

Meanwhile, according to Morningstar data, investors yanked €21.9bn out of ETFs listed in Europe over March, the Financial Times reports.

“We haven’t seen outflows like these even in the darkest days of the global financial crisis of 2008 or during the height of the eurozone debt crisis,” Jose Garcia-Zarate, associate director, passive strategies research at Morningstar, told FT.

The March outflows out of Europe-listed ETFs were over double the previous record of €8.3bn back in August 2019 when the markets were concern about the impact of an escalating trade war between the U.S. and China, which pushed investors to cut back on exposure to stocks, especially to areas more reliant on trade.

The March redemptions have caused Europe’s ETF industry to shrink 13% to €781bn last month, stunting the industry after two decades of consistent growth.

“The scale of the drop in assets is quite staggering. This is quite a change from the start of 2020 when we all were placing bets on when ETFs in Europe would hit the €1tn mark,” Garcia-Zarate added.

ETFs that track the equity markets suffered the brunt of the hit after net outflows of €13bn last month. Additionally, European ETF investors cut back on the U.S. and emerging markets, which accounted for the bulk of the outflows, while equity ETFs providing exposure to larger European companies, Germany and the U.K. attracted combined inflows of about €4.7bn.