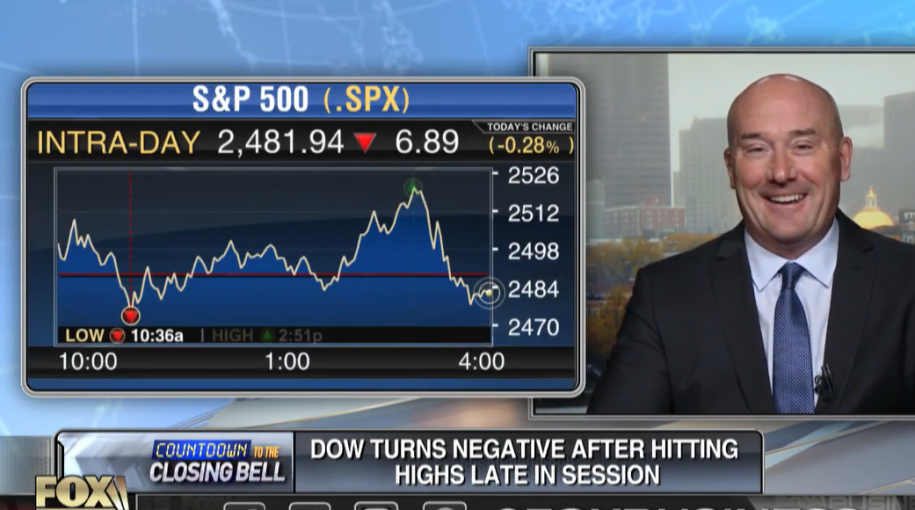 The up-and-down, back-and-forth nature of the capital markets as of late must have investors thinking they’re a passenger on The Mayflower. Though the latest volatility has affected all corners of the market, it’s made mutual funds seasick while exchange-traded funds (ETFs) remain steadfast.

“We’ve seen this divergence between mutual fund investors and ETF investors–ETF investors have actually added $50 billion so far in December where mutual fund investors have taken out over $120 billion,” said ETF Trends Publisher Tom Lydon on Fox Business’ “Countdown to the Closing Bell” on Friday. “So is there a behavioral change in the works? Possibly, but there’s a lot of volatility. Santa surely put a lot of Dramamine in investors’ stockings, and they needed it on days like today.”

A Wall Street Journal article reported that 517 mutual funds will pay out at least 10% of net assets as taxable gains. In fact, looking at the largest active funds, they collectively yielded an average of eight percent year-end capital gains distributions–in the end, it’s mutual fund shareholders holding the tax bill despite looking to these funds for their intrinsic benefits, but in the end, they are less diversified and pay higher costs compared to ETFs.

Even amid the constant oscillations of volatility in the capital markets, ETFs are seeing positive flows while investors flee mutual funds. As of the week ending Dec. 19, ETFs saw over $25 billion in inflows while mutual funds lost $56 billion–the biggest outflow of capital from mutual funds since mid-October in 2008. According to data from the Investment Company Institute, outflows have increased on a weekly basis since Nov. 20. 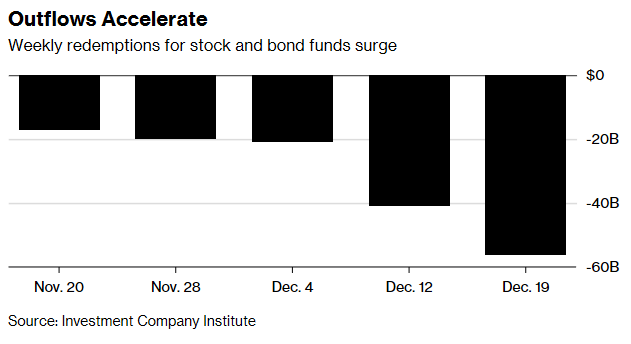 In the mutual fund space, total equity, world equity and taxable bonds are seeing the most outflows. From the period between Nov. 28 to Dec. 19, mutual funds saw outflows of $117 billion, while ETFs gained close to $50 billion.

For the past three days, gains have played a game of “now you see it, now you don’t” with investors, particularly on Wednesday as the Dow Jones Industrial Average began with a loss and then surged to 1,086 points–its largest single-day gain ever. Investors witnessed the same whipsaw of volatility on Thursday as the Dow lost 600 points before rallying just before the close to end with a 260-point gain.

Friday saw a return to the red with a 76.42-point loss–a trend that has been persistent in December–the Dow is down 9.40 percent as it closes out another volatile month. The capital markets got a reprieve early in the month from the ongoing trade wars between the United States and China as U.S. President Donald Trump and Chinese president Xi Jinping agreed to cease fire on their tariff-for-tariff battle last week.